The next element of positional play I'd like to introduce is the weak pawn. I will not "reinvent the wheel" in identifying and describing the various types of weak pawn, instead I will attempt demonstrate how to to play with or against it through recent games.

In this week's example, I will use a game by the perennial Dutch Grandmaster Sergei Tiviakov who recently won the 2014 Kuala Lumpur International Open, winning it for the 3rd consecutive time! Coincidentally, his positional playing style is heavily influenced by the great player I introduced last week; therefore I encourage you to once again pay attention to where he brings his pieces and how he uses his pawns, in the presence of an enemy backward pawn. 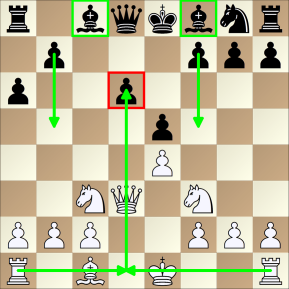 At this early stage, we can already see the blueprint for the rest of the game: White will create pressure on the backward d6-pawn, while Black will try to create counterplay either on the king's or queen's side with dynamic piece play and hope to make his bishop pair advantage count. 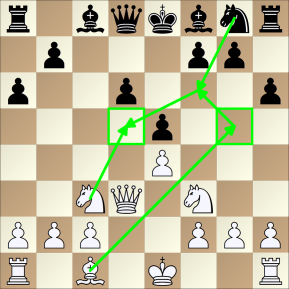 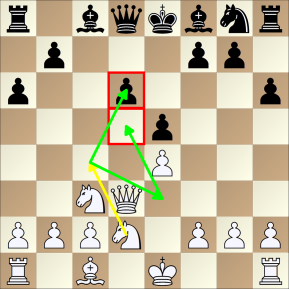 Tiviakov quickly repositions the king's knight to a square where it can help pressure the weak pawn and the square in front of it.

12.Ne3 ofcourse White is not going to let this happen

12... Be7 13.O-O O-O 14.a4! stopping any quick queenside counterplay with b7-b5. Tiviakov is proficient at positional play and is fond of restricting enemy play and slowly putting pressure on weaknesses.

20.Ned5 controlling f4 with a pawn is possible, but it weakens White's king position, which could later become a source of enemy counterplay 20.g3?! Nf6 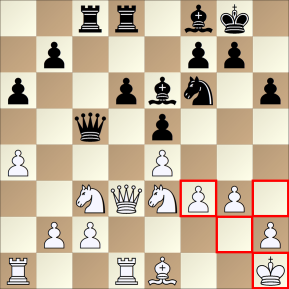 Black has successfully provoked a weakness in the White camp. 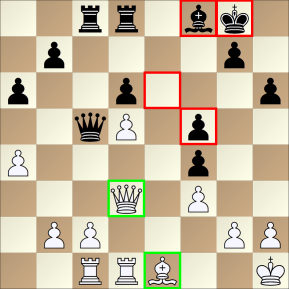 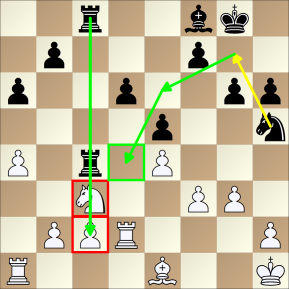 preventing Nd5 because it will hang the c2-pawn. Black can significantly improve his position by bringing his knight to d4 after which Black's activity can balance out his weak d6 pawn. 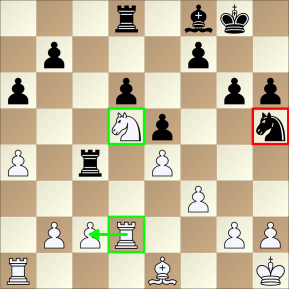 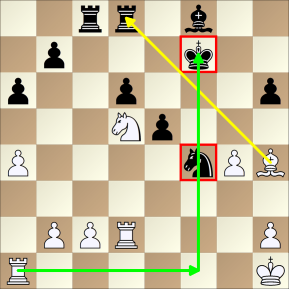 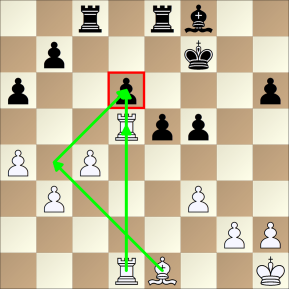 White has reached a slightly favorable ending in which he can probe and apply pressure on the enemy as long as he wants, while Black has to sit and carefully defend his weak pawns.

31... exf4? too cooperative. This approach to complicate the position only gives Black more weaknesses or targets for White to attack. 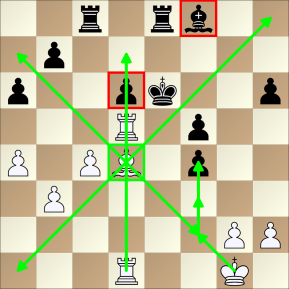 A very strong move. I think it even deserves 3 exclams! Here's what this centralizing move does:

1. From here, the White bishop controls more squares on both sides of the board

2. It exerts its dominance over the enemy bishop on f8

3. It gives way for the king to slowly nibble at the weak f-pawns

4. Most of all, it's a prophylactic/preventive measure against the enemy king running to d7,  which will be revealed on move 35. 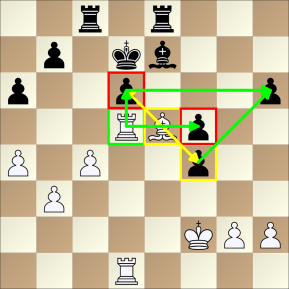 Enabling White to easily prey on all of Black's weak kingside pawns (including d6)! It's amazing how one move can achieve this. 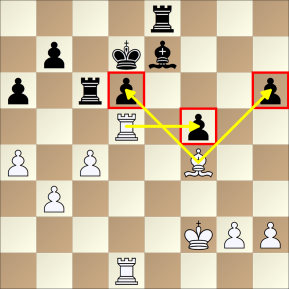 36.Bxd6 Bg5 37.Kf3 Kf6 38.Bc5! the last accurate move which prevents counterplay connected with Re8-e3, and planning dangerous ideas like transferring the bishop to f2 followed by h2-h4!

Let's recap the lessons we gather from this game on the backward pawn:

1) The weaknesses created by a backward pawn are the pawn itself and the square in front of it.

2) Therefore, the side playing against it must bring this square under control by his pieces (Nd2-c4-e3, Rf1-d1) and restrict enemy counterplay on the flank (a2-a4).

3) On the other hand, the side with this pawn must find ways to create counter-pressure and make it difficult for the enemy improve his pieces (Nf6-h5, Rc4! followed by Rdc8, Nf4/g7-e6-d4).

4) The side with the weak pawn should also carefully avoid giving the enemy more targets to attack (critical mistake exf4?).

0
Good or Bad Piece?
Hi everyone! Beginning this month, I will do a series of blogs on the “Elements of Positional Play.” While opening preparation and calculation skills have taken a mor...
by Inopov on Apr 24, 2014

0
The Weak Pawn: Part II
This week I would like to show another master game on the subject of weak pawns. After much data mining or rather “game-mining” on this subject from the recent 2014 D...
by Inopov on Mar 25, 2014

1
Good or Bad Square?
This week I’d like to explore the positional concept of good and bad squares. A keen reader of the previous articles will have noticed a strong link between squares and...

cynthia 21:45 - 17 Apr 2014
Thank you for commenting the game so well. Your students must be very lucky to have you as coach, because everything is clear, when you explain it. I hope you will comment more games in the future, because it is really nice to be able to learn, without using a book.
By the way, if I can ask a question. What perplexes me in chess is that it is really difficult to learn to think correctly. In this case Black played 22...Pg6 a dubious move/plan, and also Houdini would play Rc4, instead of Pg6. But my perplexity is: how someone find the right move? Why the Black player didn't think of playing Rc4, which seems natural, and logical, compared to Pg6, which seems to want to attack E4 with Pf7-f5.
And how strangely the move Pg6 is correct if Black plays 22...Rc4; 23.g3,g6; I mean just one move later is perfect, and one move before is somewhat wrong.

Chess is indeed a complex and difficult game, this is why we use principles and study different ideas in training to help us understand the game better and make good decisions during the game.
With regards to the position after 22. Rxd5, Black had a choice between two plans: to put pressure on the c-file and transfer the knight to d4, or create pressure on the other flank with g7-g6, f6-f5 (also, It is not so much the moves as the ideas; therefore Black could also play Rc6 followed by Rdc8).
In the game, Black failed to make the correct decision either because he's not aware of the idea of the idea to pile up on the c-file in these backward pawn positions, or because he overestimated the effectiveness of the other plan.

The reason why the first plan (doubling up on the c-file & improving the placement of the knight) is better than the second one is that it takes into account and stops what the opponent wants to do. And what does White want to do next move? Move his knight to d5, which first requires protecting the pinned c2-pawn with Rd2 or Rc1, and even improve his q-side structure with c2-c3. If you focus on the ideas, you will see that delaying this plan by playing 22...g6 will allow White to execute his idea after 23. Rd2 allowing the knight to move to d5 without leaving c2 unprotected.

I hope this brings clarity and peace to your perplexed mind :)