Hi everyone! Beginning this month, I will do a series of blogs on the “Elements of Positional Play.” While opening preparation and calculation skills have taken a more important role in modern play—characterized by abundance of theoretical information and shorter time control, knowledge and application of positional concepts are still just as valuable to play well at any level.

During the past two weeks, Janton and I demonstrated the first and most important positional element: king safety. This week I will deal with the subject of piece placement and activity.

I would like demonstrate the importance of this positional element through a game by Dutch GM Robin Van Kampen who performed superbly at the recent 2014 Reykjavík Open. 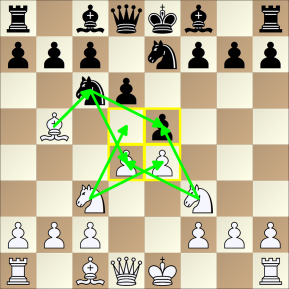 Early in the game, White's position is already looking more comfortable as he places his pieces and pawns where they fight for control of the center.

gaining more space and forcing an enemy piece to retreat away from the main battleground. 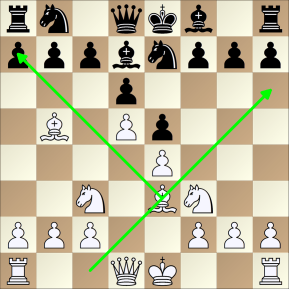 Developing another piece on an active square, where it controls many squares on both sides of the board.

7... Ng6 Black needs to get this knight out of the way to develop his k-side. 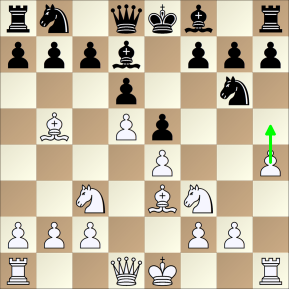 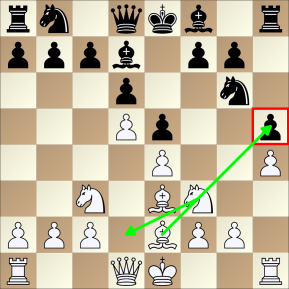 White plans to target h5 pawn, while also creating the positional threat of keeping as many pieces on the board as possible because the enemy is cramped--just imagine Black like a family of 8 living in a small 1-bedroom apartment!

9... Bg4! Black sees the threat, and doesn't let himself get stuck with pieces stepping on each other's toes. 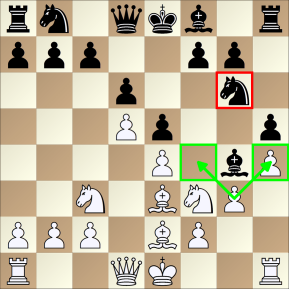 Restraining the g6-knight for good, rendering it a "bad" piece.

White decides to let the light-squared bishops be exchanged again to make progress. This exchange favors White because White is left with pieces better than their counterparts. 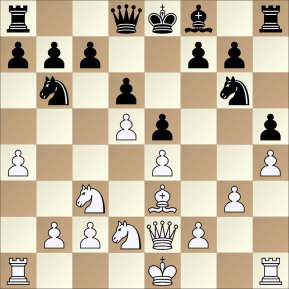 White yet again plans to shove back an enemy knight and gains more space, this time on the queenside. 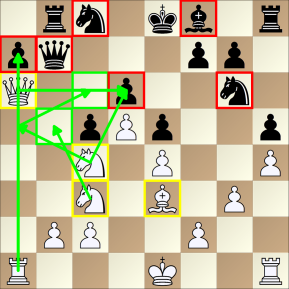 Let's take stock of the position, and compare both sides' pieces. White's queen is on a more active square than Black's, a1 rook may be equally good as the b8 rook, White's knights have are better placed and eyeing greener pastures on c6/b5 in the future, and White's bishop is developed while Black's hasn't even moved yet. Therefore, White has clearly better pieces and game considering all else are held constant. Other factors that makes White better is the number of weak squares & pawns in Black's position. 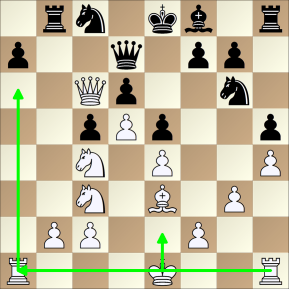 Allowing other pieces such as both rooks to join the "queenside party." 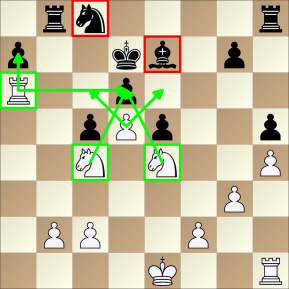 Black is still in an almost "eternal bind." 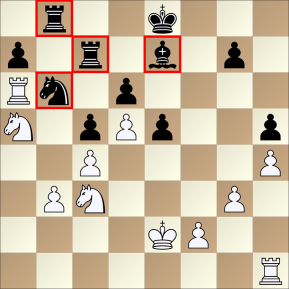 Patiently improving his pawn stucture. What can Black do with his "bad" pieces?

The game has transformed into a simpler ending in which White is a pawn up with a positional advantage. The rest of the game doesn't need much comment as it was only a matter of time and technique for White to win.

Black gains a little bit of counterplay, but it was never enough to save the game.

To sum up, White got a good position from the start by placing his pieces and pawns towards the center, and where it controls squares on both sides of the board (Be3). Later on, White increased his advantage by pushing away enemy pieces from the center (d4-d5), harrassing and restraining the enemy knights on g6 & b6 (h4-h5, g2-g3), and finally inducing weak squares in the enemy camp with a5-a6! which allowed White control of strong squares where his pieces became "good" pieces. Until the last part of the game, Black was left with "bad" pieces that are either lacking room to move around or passively defending a weakness.