This week I’d like to explore the positional concept of good and bad squares. A keen reader of the previous articles will have noticed a strong link between squares and placement of pieces.

A good square is one where a piece is controlling central squares or actively assisting other pieces in executing a plan. Another type of good square is called an "outpost" which could be referred to as "strong or weak square." The terms weak and strong in describing a square are almost similar, because it’s a matter of perspective as described in Herman Grooten’s instructive book "Chess Strategy for Club Players." A strong square is one that enemy pawns cannot control and our pieces can utilize to create threats and pressure in enemy territory, while a weak square is one that is created in our camp and can be seized by the enemy.

On the other hand, a bad square is where a piece is not controlling enough important squares (either on the center or wherever the battle is taking place), or where it interferes with the harmony/cordination of the entire army.

To demonstrate this, I will show one of the games by the recent European Indvidual Champion: Russian GM Alexander Motylev. In this positional game, I will focus on showing on how to effectively seize good squares and take advantage of it. From the defender’s perspective, I will reveal the consequences of having pieces on bad squares and carelessly creating weak squares in one's position.

So far, both sides have no weaknesses and are trying to develop their pieces the best way possible. Believe it or not, this variation/position has been played since 1955!

A better and more popular move is7... Nbd7 which keeps flexibility with the deployment of the f8-bishop, and prepares immediate counterplay after 8.g4 d4 ( b5!? ) 9.Ne2 Qb6! a game which Motylev has played himself as Black that ended in a draw.

9.a3! White wants to draw the Black's bishop further away from the aid of his kingside.

The immediate 9.g5 should also be good. 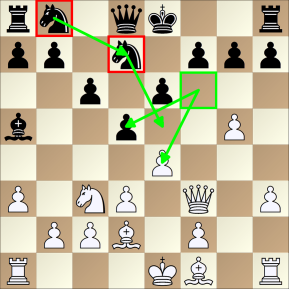 On d7, Black's knight is stepping on the b8-knight's toes, and is controlling less central squares than when it was on f6.

11.d4! It is important to make simple-looking moves like this because it not only gives more room for White's pieces, but also takes control of important central squares 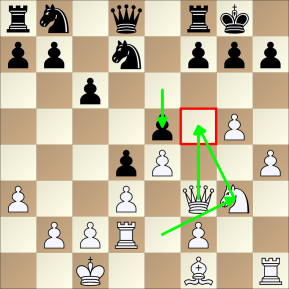 After the solid, non-weaknening 13...c5, 14.h4 Nc6 = Black has a good position as his pieces has room to move about and does not have any weak squares. 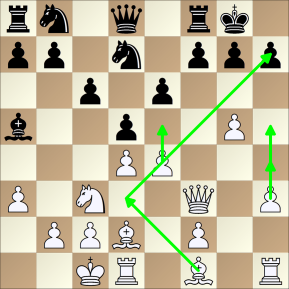 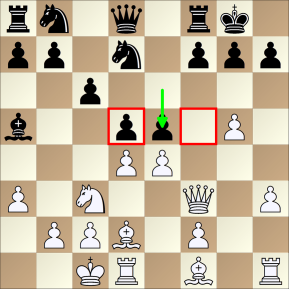 Black decides to prevent White's plan and create some play in the center before White starts his attack. Unfortunately it only betrays Black because his pieces are not well-placed and it weakens important squares like d5 & f5. 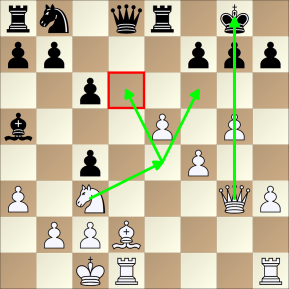 White is ready to take over the strong squares and continue his attack against the defenceless Black king.

Taking on e5 once again will only help White bring his pieces on strong posts. Nxe5 16.Qg3 Nbd7 17.Nxd4 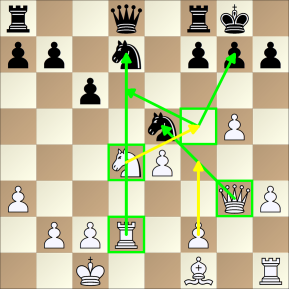 White is almost winning because he is materially and positionally better. Just imagine what happens after the d4-knight jumps to the strong f5-square... 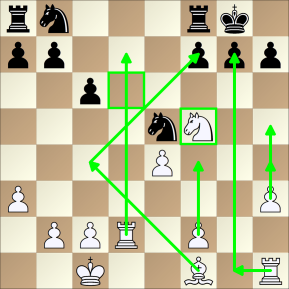 18... Ned7 19.Rg1 g6 activating the rook while provoking more weak squares in Black's camp 20.h4! and White has many plans available to increase his advantage. 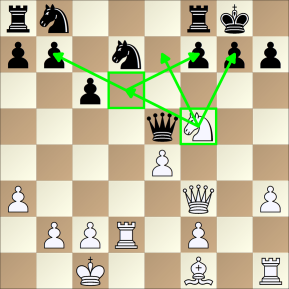 White's knight has finally arrive on the good/strong f5-square where it controls many squares in the enemy camp. Pushing it away will only create more weak squares as we've seen in some lines earlier. 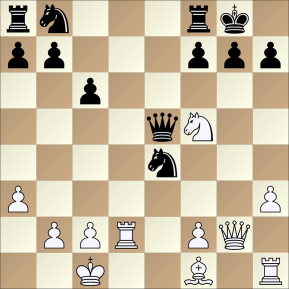 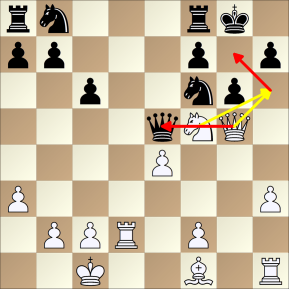 White's queen moves to the good g5-square where it creates mating threats or win material with the strong f5-knight.

19... Re8 20.f3! carefully and patiently improving White's position. By protecting the important e4-pawn Black's counterplay is elimated and the knight on f5 will stay protected and strong. 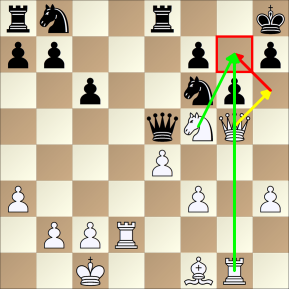 Activating a piece on a good square like this can create powerful threats because it increases the force behind the other strongly placed pieces, in this case those on f5 and g5.

21... Ng8 retreating to a bad square, but it had to be done to avoid mate and force White's annoying knight away from his king 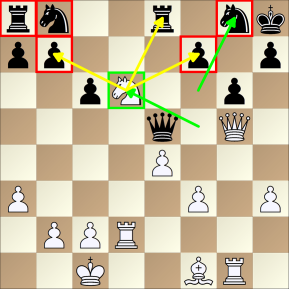 After forcing an enemy piece to a bad square, White moves forward and invades! 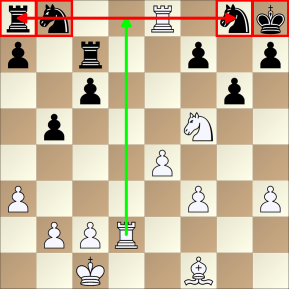 back to the f5-square! paving the way for another heavy artillery to come and deliver checkmate; therefore, Black resigns. If 26... gxf5 27. Rg2! leading to an eventual mate or decisive material advantage.

Great play by the 2014 European Champion! In this game, Motylev effectively pushed his opponent's pieces to bad squares (Nf6-d7, Bb4-a5, Nf6-g8), and seized good squares (f5) presented to him by his opponent. Afterwards, he continuously brought more pieces (Qf3-g2-g5, and Rh1-g1-e5-e8) to active squares where it created threats around the enemy king and in the end effectively used tactics to victoriously invade the heart of enemy position, forcing resignation.

Posted in: Good or Bad Square