This week I would like to show another master game on the subject of weak pawns. After much data mining or rather “game-mining” on this subject from the recent 2014 Dubai Open, I eventually found a game featuring not only a backward pawn but also a doubled pawn.

This game is instructive in showing how to successfully play with a weak pawn in one's own position, and exploit the long-term consequences of a weak pawn in the enemy position.

White goes for more simplification, and by doing so intends to obtain a drawish endgame against his much higher-rated opponent.

10.Nh3!? intending to take more control of the central d5-square 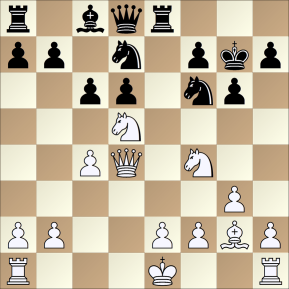 You may ask "What is Black doing? Why does he voluntarily give himself a backward pawn on d6?"

Two reasons: the first is to get rid of White's strong piece on d5, and second is to create counterplay on the exposed White king through tactical means.

12.Nxf6 Qa5+! a motif known as zwischenschach, which is an in-between check move delivered before playing another forced move recapturing the f6-knight.

15... h6 Black prevents this, and renews the g6-g5 which can become handy later 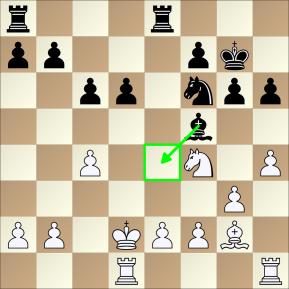 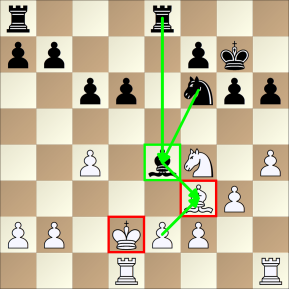 This must have come as a surprise for White who probably expected the normal deployment of rooks on e8 & d8, or doubling up on the e-file. So what's Black's idea? By getting rid of the bishops, he takes over the e4-square with a knight or rook where it can develop play against the king, pawns on e2 & c4.

18.Kc3 a misjudgment, as it allows Black saddle him with doubled pawns without any special reason. White most probably thought that by keeping control of e4 and pressuring Black's backward pawn he should be able to hold a draw, but this understimates the resources in Black's position...

The best defense was to give Black some activity which is only a temporary advantage. 18.Bxe4 Rxe4 (there's no clear follow up after Nxe4+ 19.Ke1 Re5 20.Rg1 with the idea of kicking the knight out of e4) 19.b3 Rae8 Black's piece activity once again balances out his weak backward pawn on d6, but he can hope to equalize by 20.e3 solidifying his structure and giving more room for his king to hide on e2. 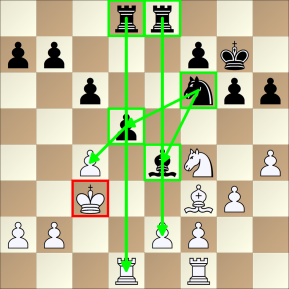 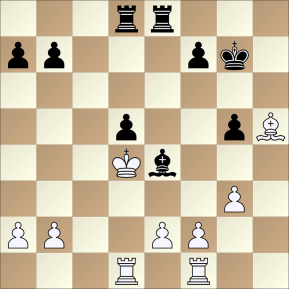 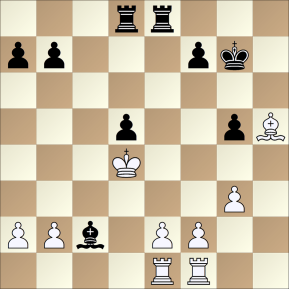 Chessity-trained members, can you find the best route to win Chessity-style? 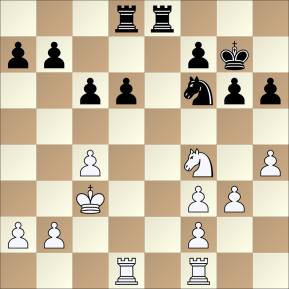 20... d5! this is the resource White either missed or underestimated

24.Nc1?! with the idea to defend the weak pawn along the 3rd rank, but at the expense of placing a piece on a bad square and we already know what happens there... (http://www.chessity.com/blog/277/Good_or_Bad_Square_). 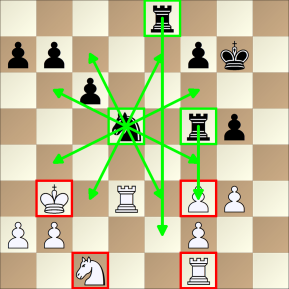 26... Rfe5 preventing exchanges which leaves White to do nothing but sit and wait for Black's action plan. 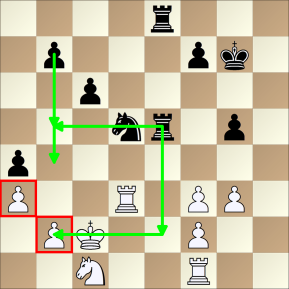 Limiting the mobility of the c1-knight and fixing a potential weakness on b2 and a3.

White successfully exchanges his passive knight for the good one on d5, but it doesn't change the evaluation of the endgame situation.

Even though material is Black is better, if not almost winning, in this rook ending, thanks to Black's better pawn structure and White's doubled f-pawns. White is practically a pawn down here because he cannot create a passed pawn on the kingside.

34.Rc1 activating the rook along the 4th rank. 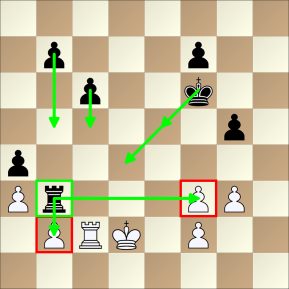 and White is doomed to passive defending of his weak pawns on f3 and b2.

Securing a pawn advantage only wastes time, and even distracts Black from the goal of promoting a pawn Rb3?! 37.Rxa4 Rxf3 38.Rb4! and White can still make it difficult for Black to convert his advantage.

38.Kf1 avoiding mating motifs that can arise from Kd3, Rb1 & promotion tactic with the pawn on a2 and Rb2-b1. 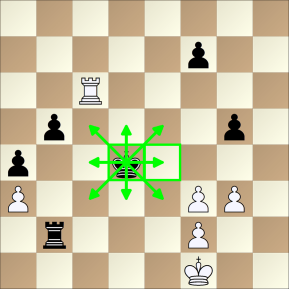 As a tribute to our previous yet very important positional topic on centralizing pieces, I'd like to take this moment to showcase "the Majesty" at its best!

40.f4 g4 The rest of the game is a testament to the importance of activating pieces including the king! and having far-advanced pawns in the ending. 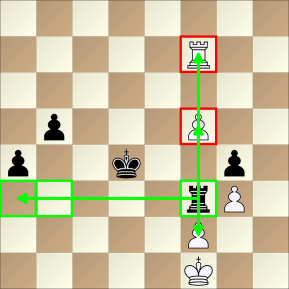 Another important endgame principle is to place one's rook behind enemy passed pawn. Notice how more active Black's is over White's.

As we will see White will win a rook but Black doesn't even need his rook because a king escorting 2 connected pawns is too much for the enemy rook to handle!

A way to hold on to the rook is hiding from checks behind one's pawns Kc3 45.f7 Kb3 which will also eventually win. But who cares about the rook if we're queening pawns? :)

Here are the key take-aways from this game:

1. It's OK to create a weak pawn in one's camp so long as one can obtain compensation or dynamic counterplay for it. In this game after c7-c6, Black obtained freedom for his pieces, and forced the White to get his king to a slightly weak position.

2. However, one also has to be careful in creating weak pawns because if the compensation or counterplay is not enough the repercussions can be long-term and severe. In the game, although White deprived Black of gaining e4 for his pieces (after exf3), he underestimated how weak and limiting his doubled pawns can be to his own position for the rest of the game.