Welcome back! Thanks for joining me again in learning from the instructive fighting games of the American Champion Hikaru Nakamura. 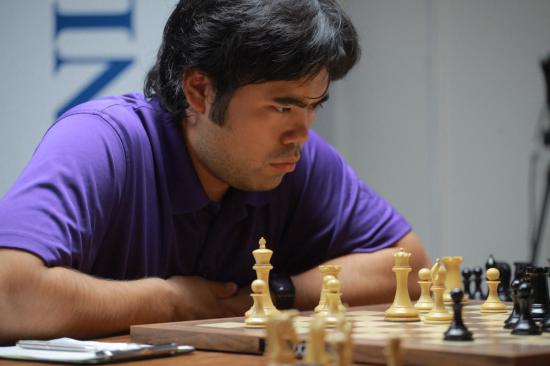 Last week, we examined his wins over the younger GMs of USA. In this blog, we will look at his games against more experienced Grandmasters. Yes, we're talking about players who have competed numerous times in the Olympiad and World Team Championships. 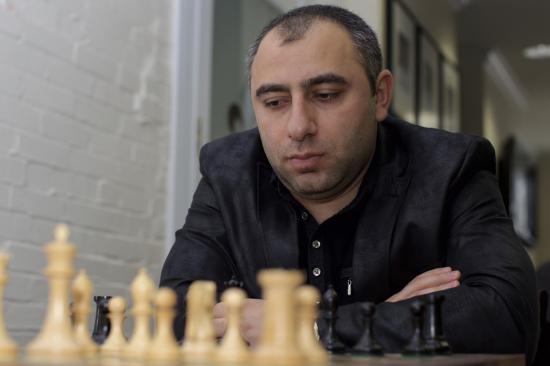 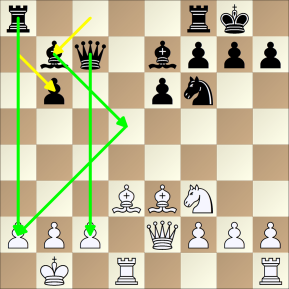 We join the game after Black played a dynamic pawn sac to open lines against the White king's castle.

1.Nd4!? a new move. It may not objectively the best but it sets Black practical problems to show enough compensation for the sacrificed pawn.

Previously played was 1.Bd4 which has scored well and deemed by the computer as White's best choice. From his post-game interview he apparently isn't aware of Bd4 and was simply attracted to the idea of transferring his N to b5 via d4. This shows us that when we're "out of the book," it's best to simply follow principled moves such as improving a piece.

1... Ra5?! seems to be a natural way to build up pressure against White's king, but it's not strong enough to pose White any problems as we will see. 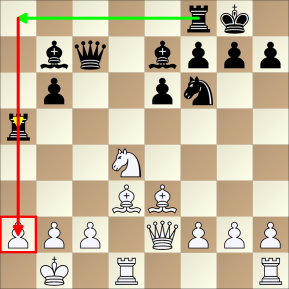 The best way for Black to develop pressure was to, coincidentally, improve his N!1... Nd5! 2.Nb5 and now Black has to find the somewhat difficult 2... Qb8! 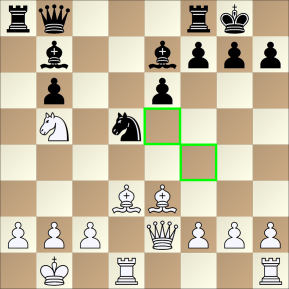 4.f3 blunting the power of Black's Q+B battery on the a8-h1 diagonal. 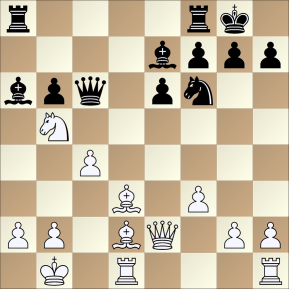 Since Black isn't really threatening anything yet, another way for White to continue is to improve his dark-squared B: 5.Bc3 Nd5 however, the follow-up & consequences must be calculated accurately and the American Champ probably thought it was unecessary to give Black a hint of counterplay, or even worse give himself a chance to go wrong. 6.Qe5! ( 6.Bd4?! 6... Nb4 gives Black counterplay)6... Bf6 (6... Nxc3+ 7.Nxc3 Bxd3 8.Rxd3 +/- ) 7.Qe4! this idea justifies allowing Black's N to d57... g6 8.Bxf6 Bxb5 9.Bxb5 Qxb5 10.Bd4 +/- and after a series of threats and forcing moves, White provoked weaknesses in Black's camp and came out on top.

5... Rfd8 6.Bc3 Qc5 probably a better defence was to eliminate White's strong N Bxb5 7.cxb5 Qc5 8.Be5 Nd5 9.Rhe1 Bf6 10.Qc2! +- but things are still depressing for Black because he doesn't have any counterplay or anything to show for the sacrificed pawn. 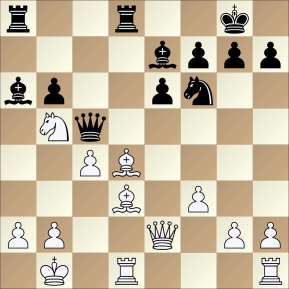 If there's nothing wrong with it, take a pawn! In the past, former WCh Challenger Viktor Korchnoi always did this. In this situation, Naka is definitely in a position to take material because he is also positionally better controls more space, better-placed & more active pieces.

8... Rd7 9.Bf2 the rest is simply a smooth display of good technique: not allowing any real counterplay, and attacking a weakness on the other side of the board. 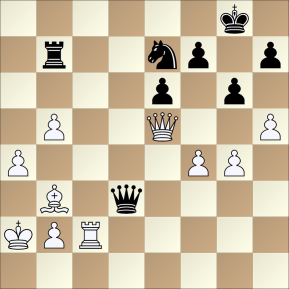 A Champion's domination. In his interview after the game, when asked why the game went really well for him from the beginning he said: "You know really I think it wasn't Var's position. Var is a very positional player... It's not his style to gambit/sac a pawn so because of that he was a little uncomfortable and didn't find the right continuation."

The next game occurred in the last round against one of the better performers in the tournament. 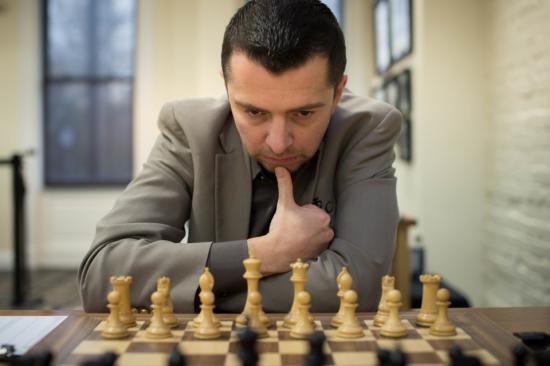 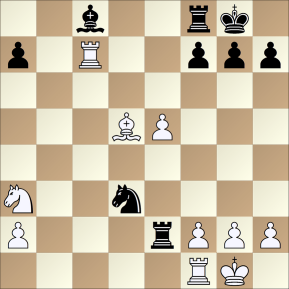 Often times in the last round, players are tired and would be willing to make a truce, but not Nakamura! In the opening, he played a surprise weapon which showed his intention to just play a game rather than to engage in a theoretical debate. Unfortunately, his opening choice didn't give him anything special in the middlegame and has now led into an almost equal ending. 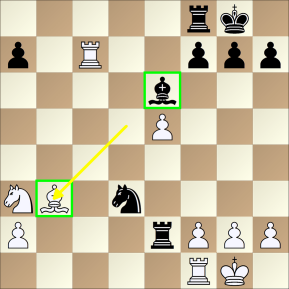 keeping the tension, which once again gives his opponent a choice-to release or keep the tension as well.

In this case, releasing the tension was the best way to increase Black's drawing chances:2... Bxb3! 3.axb3 Rb8 4.Rxa7 g6 5.Nc4 Rxb3 Black has no problems whatsoever as the pawn on e5 is dropping soon and he has active pieces.

The chances of a grandmaster drawing this with Black is still high, but one cannot deny the fact that White has a nagging pressure which will require Black to play more accurate moves down the road... 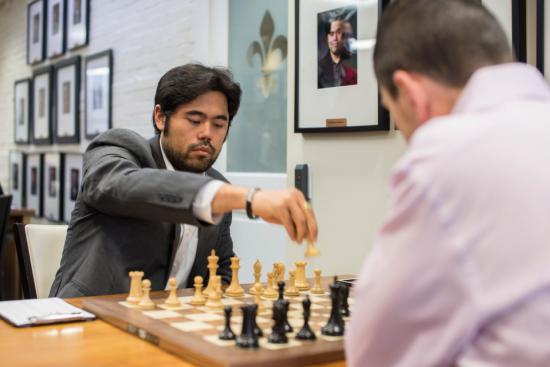 6... Nc5 logical. Tying down White's pieces even more to the defense of b3.

It may not be obvious now, but this idea of activating the rook is Black's biggest mistake.

To keep the draw within reach Black had to play the prophylactic g6! 8.b4 Rfb8 the rook is more useful here 9.Nc6 R8b6 10.Ne7+ Kg7 11.Nd5 Rb8 and it will be difficult for White to make progress and make his extra pawn count.

8.g3 ofcourse, as Black was threatening to take on b3.

10.Nc6 with a more dangerous passed pawn and more active N, things start to get tricky for Black 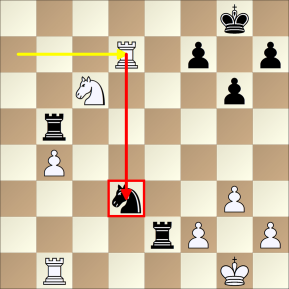 forcing Black to make a decision once again, this relentless psychological and over-the-board pressure is what must have worn his opponent down:

His opponent was most probably originally intending 13... Rd2 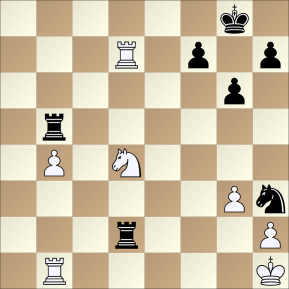 Why didn't White play it then?

With this win, Nakamura wins solo first place in the event without a loss! From this great perfomance (5+,6=,0-), Hikaru Nakamura proved that he is the guy to beat. His strength shows forth when he recovered from worse positions, and outplayed opponents in equal situations. He also persistently applied pressure by creating chances for both young & seasoned GMs to go wrong.

There is nothing left to say but Congratulations to the deserving winner of 2015 Men's US Championship!

0
Who Won Recently? Strong & Steady Nakamura Part I
Hi current and future Chessity members! I am finally back this month to continue my series on recent tournament winners. Ofcourse there have been many events happening la...
by Inopov on Nov 19, 2014