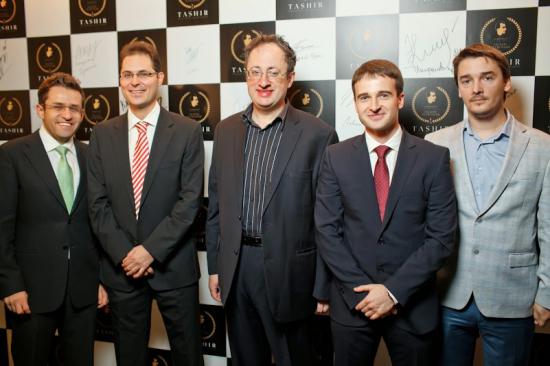 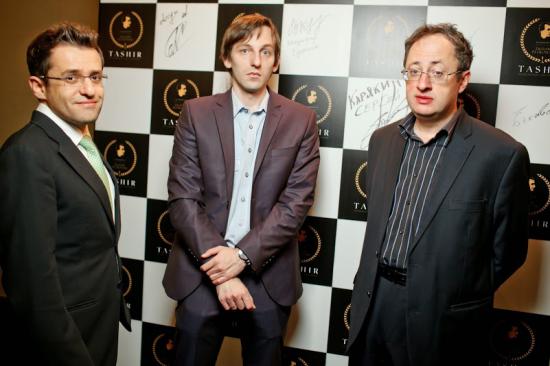 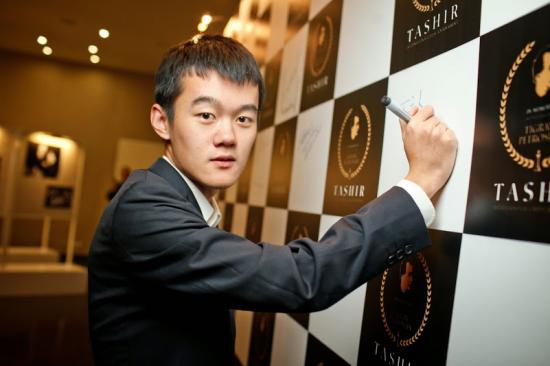 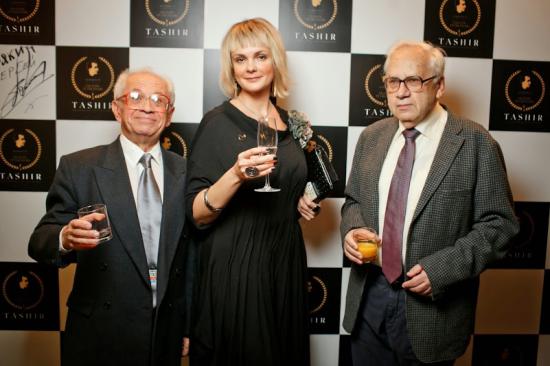 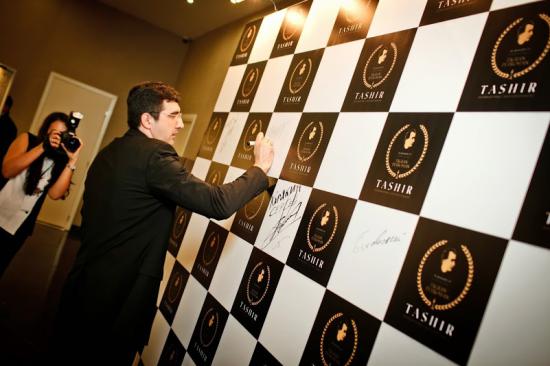 The special event was organized in memory of the 9th World Champion Tigran Petrosian which invited super-GMs from Russia, Armenia (ofcourse!), Israel, China, and Hungary. The event was also visited by Russia's well-known personalities, artists, and politicians.

In the end, it was the grandmaster from Moscow, Russia Alexander "Sasha" Grischuk that emerged victorious in this strong event with a performance rating of 2966!

In this blog, I will feature two of his victories in the first half of the event that made a strong statement to his fellow competitors and to the whole chess world that his time has come!

a modern treatment of the Grunfeld Defense. With this move, Black forces White to show his hand in the center- to open or close the pawn structure.

Black's development looks ridiculous, but the point is that c5 is not a desirable more and neither is Rc1. He now has a relatively clear plan of breaking on e5 with Nfd7 or, if he chooses to, play b6 and a5 to break open the queenside. 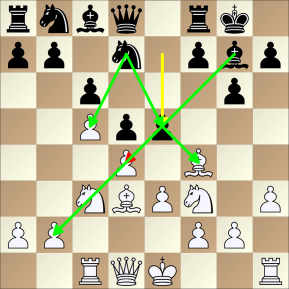 11... Nxc5 Black has won back the pawn, and has obtained a positionally promising middlegame. He could now follow up with putting pressure on White's e5P or undermining it with his pieces or f7-f6. 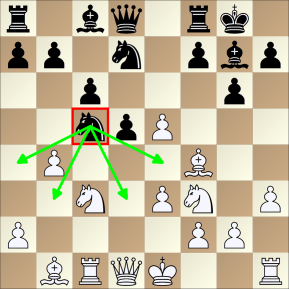 It's often a good idea to kick out a piece standing on a good square, especially when it's unstable. 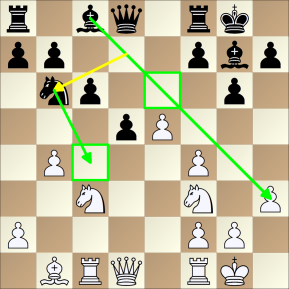 Allowing the other bishop to come out, and eyeing the juicy c4-square. 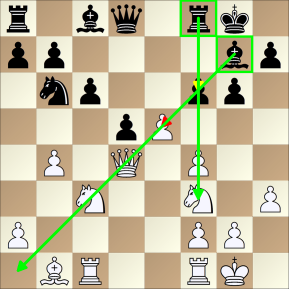 It's always good to open up the game when one has the B pair, coincidentally this move is a good way to pressure White's center and kingside!

17.b5 creating counterplay on the queenside to distract Black from his plan

A good decision by Grischuk who accurately calculated and compared the ramifications of the two captures. 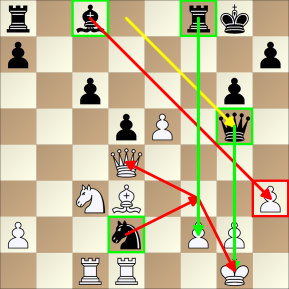 This is the position arising by force, that Grischuk foresaw before playing Bxe5. He correctly assessed that White has difficult problems to solve on his weakened kingside.

after some fireworks on the kingside, Black transformed his attack into a superior endgame position.

Down a pawn in an ending, White uses a defensive technique of trading as many pawns as he can to increase his drawing chances. The central push also attempts to create pressure on Black d & c pawns while Black is yet to complete development.

Grischuk realizes what his opponent is doing trading pawns and makes it difficult for him to achieve it!

28.Bc4+ Kg7! While bishops are generally superior over knights in open positions, Grishuk understands that his knight is more useful or more powerful in this position so much so that he is even willing to give back material for it! 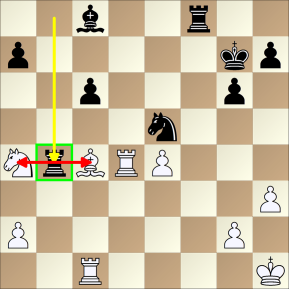 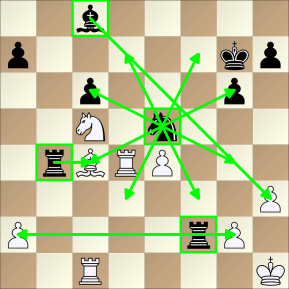 By giving back the pawn, Black has gained time to drastically improve his pieces--just compare his pieces now to when they were on move 26! This shows Grischuk's great understanding of dynamics of the game long-term vs. short-term advantages.

for an exchange Black has gained a strong attack on the exposed White king and two kingside passed pawns.

35.Kg3 g5 including another soldier in the attack and creating a mating net

This was the only inaccuracy Grichuk made, but it doesn't throw away his winning chances.

Grishuck has made the time control, and now has more time to work out the winning plan.

65... h2 66.Kg2 d2 White cannot stop the N-blocking idea on the d-file, so Gelfand resigns. With this win, Grishuk took a commanding lead of this strong event and crossed the live-rating barrier of 2800.

The second game I'd like to examine is Sasha's superb win in round 3 against the formidable  & creative Alexander Morozevich.

5... g6 Black goes for a solid system with a fianchetto which resembles the Schlecter Variation of the Slav.

6.e4 this quick central break is the main idea behind placing the Q on c2.

a natural way to react considering there's no more Qb6 possibility. However, Black a more active way of responding: 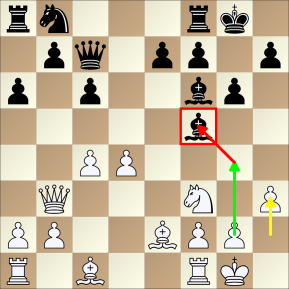 Making it difficult for Black to complete development.

12... c5 Changing the structure of the game in the hopes of disturbing White's rhythm.

gaining more space is the only way to maintain & increase the advantage.

when a move like this is played, something must've gone wrong... If this is the follow-up for c5 then maybe the whole c6-c5 idea isn't good.

White has naturally developed all his pieces on active squares while Black is struggling to find good squares for his pieces.

17... Ra6 Creative but insufficient. Nevertheless, Black had to find a way to create counterplay. 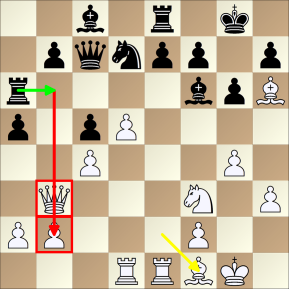 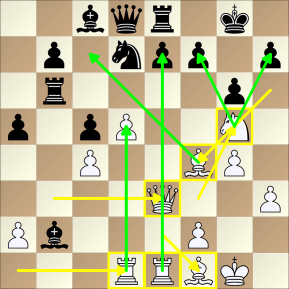 A nice re-arrangement of pieces to increase pressure on the center and kingside. Notice that Grischuk has found a way to improve piece harmony in every single move that he made-- he is "in the zone." 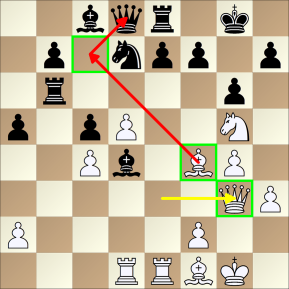 And he doesn't stop!

24... e5?! Black tries to shut down the powerful Q+B battery along the h2-b8 diagonal but in turn, weakens the d5-g8 diagonal opening up new possibilities for White. 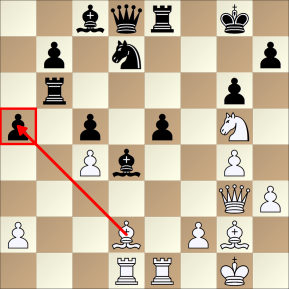 With about 10 min on the clock, this was a very good practical decision. Grischuk decides not spend all his time to accurately calculate an forcing winning line and to simply keep the advantages in the position and put the pressure on his opponent instead. 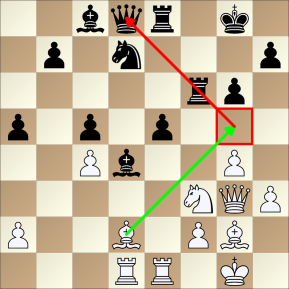 Grishuck just keeps putting pressure by making threats, while Morozevich has to find accurate moves with only a few minutes on his clock.

26... Nb6?! a mistake, but Black's position was already difficult to play practically 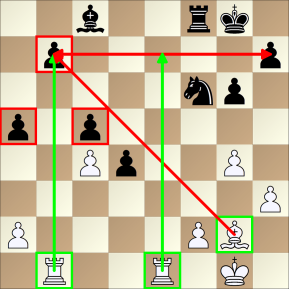 The position is already resignable as Black has too many weaknesses for the White pieces to attack to claim any compensation for the exchange.

A nice move to finish off Black's resistance as it includes all pieces in the game, after which Black resigned. This win allowed Grischuk to extend his lead in the event and proves even more that he belongs in the 2800 elite-GM club. I believe that Grischuk has been playing excellent chess this year and this tournament only reveals his consistency and his potential to become a world championship challenger someday.

Congrats to Alexander Grischuk for winning 2014 Tashir Tournament and for becoming the current 3rd-highest-rated player in the world! 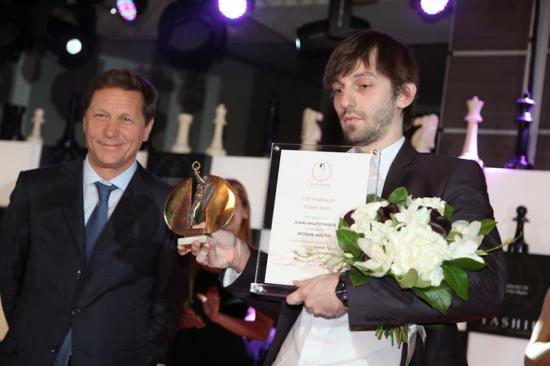