DO you know how to play the opening? || Rapid Development

Hello everyone! this is IM Srinath, and I am back again with the basics of opening strategy.

In the second article of this series published last Wednesday, you learnt the importance of focusing towards the centre of the chess board. Today, you shall be learning the second of the 3 basic opening strategies: Development of pieces. Your objective remains the same, have a solid foundation based on these principles so that you can play better chess.

DEVELOP ALL YOUR PIECES

Chess, contrary to what many including you might believe, is a team game. Does that sound strange to you? Well, let’s put it this way: Imagine you are playing football and unlike the last time you and your team mates are nearer to the goal post (read the first article in this series here). You have three strikers to help you score the goal while your opposing team has only one defender apart from the goal keeper. Who do you think has more chances of coming on top? Obviously since your team has more players around the ball and goalpost, it’s likely that you may score a goal.

Chess is often played with a similar logic. The more pieces you have developed, better your chances of mounting a successful attack on the opponent. All said and done, are you wondering how come you can make sure that you always have more pieces developed than your opponent? The answer is very natural, develop your pieces faster! The more speed you develop them with, chances are you have more pieces developed than your opponent. If you develop your pieces faster, you will have the lead in development.

• Develop your pieces towards the centre. They control the most number of squares keeping with their abilities on the centre of the board
• Do not move the same piece twice in the opening unless this is absolutely necessary.
• Do not bring out your queen too early in to the opening. Make sure your minor pieces are developed optimally before you develop the queen.

Let us study some games to make the aforementioned points clear. In today’s article, we shall focus on a model player, one of the greatest maestros in chess history, Paul Morphy.

Popular in the golden days as the Evans Gambit named after a certain Captain Evans who was a sailor and very fond of this idea. Now, why do you think White just gives up this pawn for free? Remember the part 2? Center of course!

White has sacrificed a pawn just to make Black move his piece twice and let White gain time speed for development with...

White doesn't care about his pawns in this variation. All he wants, to put it in a nutshell, are quickly developed pieces.

You must observe how in the next few moves Morphy develops his pieces.

Black is preparing to run for his life by taking shelter in his castle. 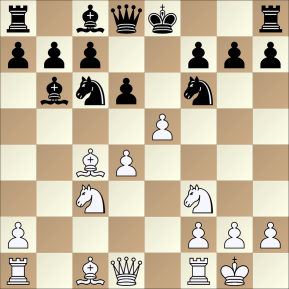 NO! Not yet! Morphy makes use of a attacking move to stop the Black King dead on his tracks. 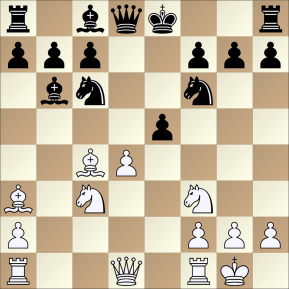 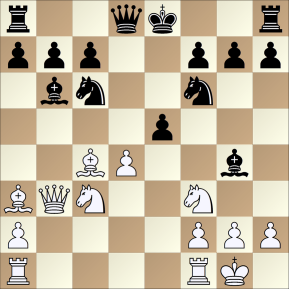 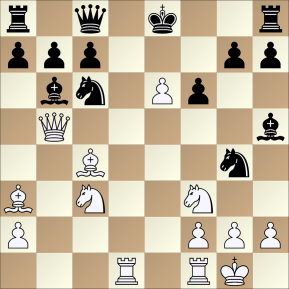 with a nasty dual threat. Black's position is beyond salvation. 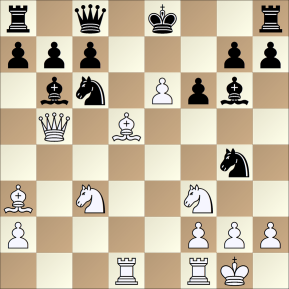 We die so that we die no more... Did you spot Morphy's idea?

1. It's often useful to sacrifice material for center and rapid development.  However, it is important not to overdo this

2. When you have the lead in development? Stop not! ATTACK!

The Kings Gambit, an opening from the romantic era of chess. Why give a pawn again? In both the gambits we see that White sacrifices a pawn to distract one piece of opponent from controlling d4. 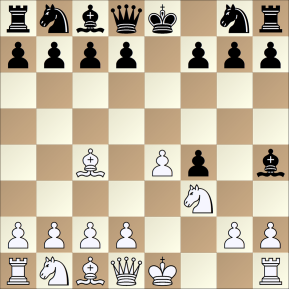 Black breaks an important principle. You should never move the same piece twice in the opening, unless you have a very good reson to.

its time you evaluate the position. White has sacrificed a pawn. You are right if you wondered about white King's safety becasue he cannot castle. However, you have to understand that no Black piece is really aiming at the white king. On the other hand, white has the Bishop on c4 eyeing the black king, water in his mouth...

White is now ahead in developement because black has moved the same piece Bh4 twice in the opening. Also, you must observe the centralisation aof the white army here onwards. White on the other hand has developed his pieces with speed. 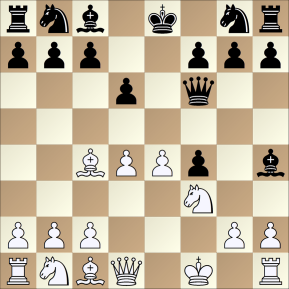 Black breaks an important principle again by briging out his queen early. Now, watch and learn.

You must observe that because black moved the bishop twice in the opening and brought out the queen early, he has fallen miles behind in developement. This is what you get when you focus on 'speed of developemnt'. 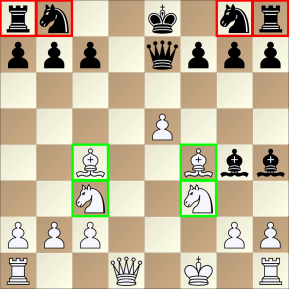 All the minor pieces have been CENTRALISED.

Black resigned, not able to bear the onslaught of white's speedily developed and centralised pieces. Points to remember:

1. Develop your pieces towards the centre

A standard sicilian position. White has a relatively more active knight, and better share of central space. Black will rely on his 2 vs 1 central pawn formation and the semi open c-file to generate play.

Although this position is theoretically known, bringing out the queen early is a suspicious idea. 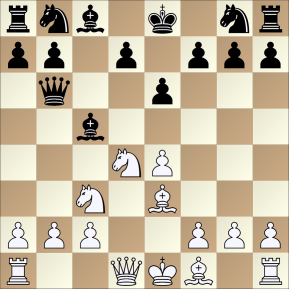 White doesn't bother to defend the b2 pawn. 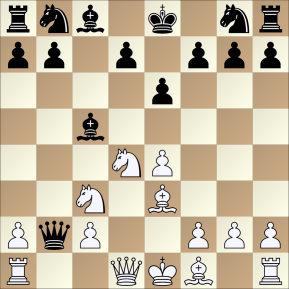 this is simply a horrible move. You know what will happen if you don't develop your pieces quickly and bring out your Queen early, don't you? 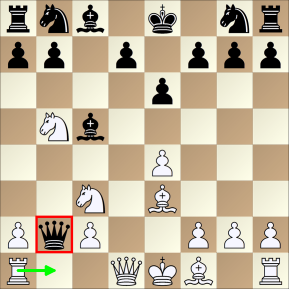 The queen will be soon trapped! Observe the Black minor pieces are back home. They are fast asleep while their house burns down.

It's also useful to notice this pattern of trapping the queen by covering a3.

Black resigned after few more moves. This final position is a testimony to the poor development of the Black pieces because he wasted moves on running around with his queen.

1. Do not bring out the queen early, unless you have a very good reason to.

2. Remember this idea of sacrificing the b2 pawn. It is useful in a variety of postions in a plethora of openings.

That's it for today!

Do share your questions, thoughts or doubts in the comment section below! I look forward to reading it. Goodluck!

Stay tuned until next Wednesday to learn more about how to apply the golden rules of openings and how things can go wrong!

6
DO you know how to play the opening? || Wednesday column 1
Hello everyone! This is IM Srinath here and I'll be writing about the 'general rules of openings' every Wednesday! This series of articles will help beginners, and interm...
by yodhaa on Nov 19, 2014

2
Controlling the Center | Opening strategy
Hi everyone! this is IM Srinath, and I am back again with the basics of opening strategy.In our introductory column last Wednesday, you had learnt the three main strategi...

wbrederode 21:02 - 18 May 2015
Yodhaa,you gave me a very good time reading/studiing your blogs Thanks for your work Gr Willem