Hi everyone! this is IM Srinath, and I am back again with the basics of opening strategy.

In our introductory column last Wednesday, you had learnt the three main strategies that form the part of the opening. Today, you will be studying the first of the strategies, viz. control of the centre as deeply as we can. Our objective is to have a solid foundation in the openings.

I don’t focus on what I’m up against. I focus on my goals and try to ignore the rest.   -Venus Williams

Chess is a game where focusing on your plans is very important if you want to win. Typically, most chess players when they start out focus on attacking their opponent’s king. Beginners have almost an automatic reaction as soon as they sit on the board. Take out your queen, remove your bishop, capture on f7 or f2 and voila! It’s mate!

Gradually, as your chess playing strength increases, you play against stronger players. You tend to realize that it is not that easy to deliver checkmate as it used to be when you were a rank beginner. Is it time for you to despair? Nope!

The reason why such a primitive idea of directly attacking your target is wrong because you focus on the wrong target! If you do not possess the right goal of attack, i.e. the right plan to attack your target, most probably you will fail to win the game. In this article, we will discuss the primary goal you must focus on in order to win more games: centre of the chess board.

All the remaining elements like attack on the king, development of the pieces, etc. revolve around your control of the central squares.
Let us have a look at what this means by waltzing through a game by the great American genius and the 11th World Chess Champion, Bobby Fischer. This game was played when he was still a promising junior player. 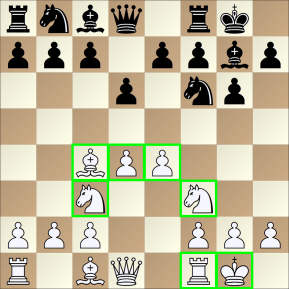 Observe carefully the White set up. This is a model position which you must aim to bring in your own games. 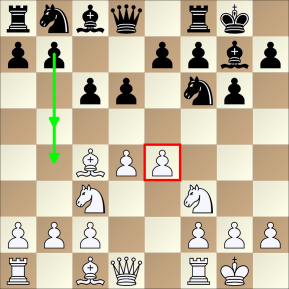 Black prepares to attack the White center by pushing b5-b4 harassing the White pieces who are holding the white's center pawns. 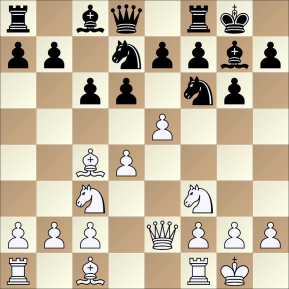 Young Bobby Fischer stops Black from executing his plan by hitting the center himself first.

White has gained a pawn, better control over the center and hence is doing very well.

Black just seriously weakened the light squares in the kingside. White now targets the f5 square making a meal out of it.

Black is hoping to create an attack in the kingside. However, with the center firmly under white's grip, Fischer mops up his opponent.

and after a few more moves, Black gave up. Did you notice how young Fischer nurtured his center by developing his pieces around it?

1. The model position with two pawns on the central squares d4 and e4, the Bishop on c4, Knight on f3 and the castled King.

2. If you dominate the centre, it is very easy to play on any side of the board.

How to play with a classical pawn centre?

Having a strong pawn centre is like sowing a seed in a fertile land. It has all the chances to grow into a wonderful asset. If you want to use you pawn centre to the maximum, you must carefully nurture it by developing all your pieces around it.

You have to note that the following game is one of the most famous examples which show how to play with a classical pawn centre. 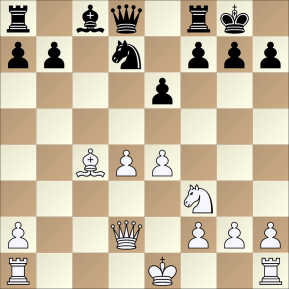 You must observe in this position that Keres has on the board a central position which is very similar to what Fischer had in the previous game. 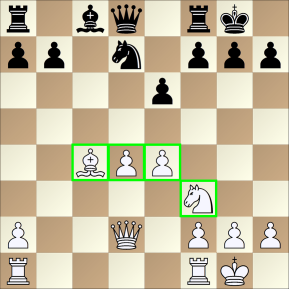 Whenever your opponent makes a move, it always makes sense to pre empt what your opponent wants to do with his last move. Here he obviously prepares . ..Bb7 attacking the central pawn e4

one benefit of having classical pawn center is that it allows you to calmly develop your pieces around the center. 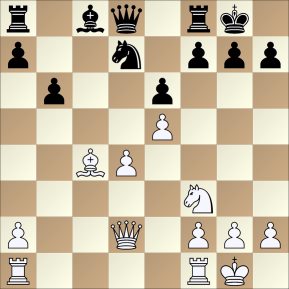 2... Bb7 = Note that you should not move your classical pawn center until all your minor and heavy pieces have been optimally developed.)

keeping the queen active and at the same time protecting e4.

as you may note from the diagram, Black intends to trade the Queens because the White queen is defending e4 pawn. If you trade the queens, you lose one of the supporters of the e4 pawn. 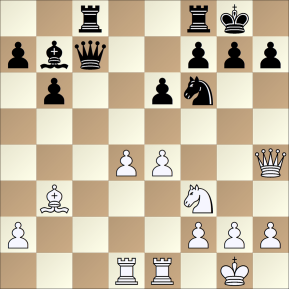 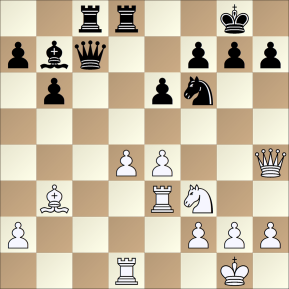 A calm rook lift. You must observe that white can make this possible only because he possesses such a strong classical center.

Planning to march the pawns in the queenside to create play. 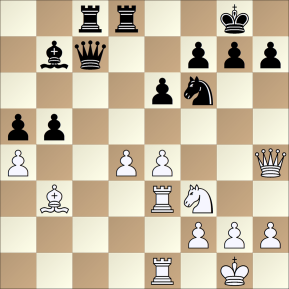 After getting all his pieces ready, Keres breaks open the center. 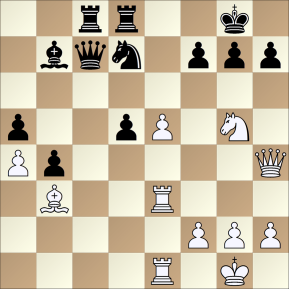 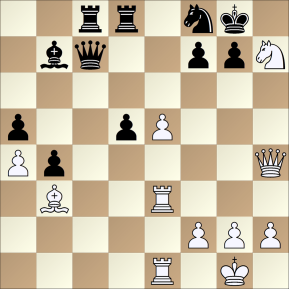 Ask yourself why did Keres sacrifice his Knight?

The rook swings across to deliver the finishing blow! 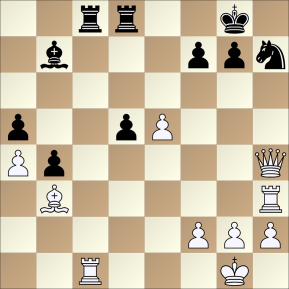 Things learned from the game:

1. The same model position which Fischer had was generated by Keres too. You must aim for an approximately similar position in your games.

2. Do not be overcome by greed and move your central pawns forward until you have all your pieces placed on their best squares.

3. After making sure all your pieces are ready around your pawn centre, strike!

How to play when your opponent has a classical pawn centre?

Chess is not an easy sport to play. You will have to play games where your opponent instead of you will possess a strong pawn centre.

In case you are faced with such a situation, you must use your pieces and pawns to attack the enemy pawn centre with all your might (and calculations of course). 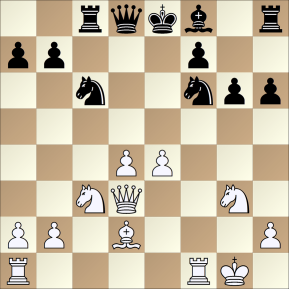 In this position, White seems to have built an enviable pawn center. However, Black with his subsequent moves proves that this center is not well protected and backed up by white pieces. 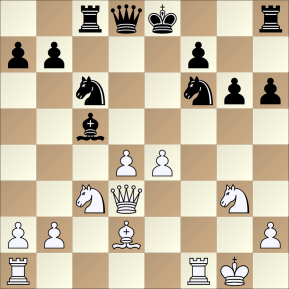 preparing 20... Nb4. However, now that the WHite center has fallen apart, Black takes over the attack on the Kingside.

preparing for the coming Qh4-h2 idea. 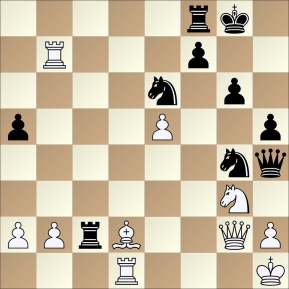 Things learned from the game:

1. Use your pieces to attack opponent's pawn centre.

In a nutshell, you have to remember to

I hope you thoroughly understood the importance of having the centre under control. In the next article, you will study development of pieces in more detail. Until then, good bye!

Have something to add to this article, or have any questions? Please ask!

6
DO you know how to play the opening? || Wednesday column 1
Hello everyone! This is IM Srinath here and I'll be writing about the 'general rules of openings' every Wednesday! This series of articles will help beginners, and interm...
by yodhaa on Nov 14, 2014