Hello everyone! This is IM Srinath Narayanan here, with another interesting column for you. It's the day before weekend, and on this pleasant Friday, I like to share David - Goliath chess stories for you. I am going to be here every Friday with examples of Grandmasters being defeated by much less fancied opponents. Today's my first article in the story, and I hope you'll like it!

King Saul and his army: David don’t go. He’s too big to hit.

David: You’ve got it all wrong. HE’S TOO BIG TO MISS!

Ever had this feeling before a game? Have you ever gone to a game with little hope of winning?

Below, we look at a few examples of a few first round upsets.  While the rating difference itself is remarkable, what's more remarkable is that, both Vokhidov and Abdusatturov were just 9 years old at the time of playing this game! Scroll below to witness how it happened! 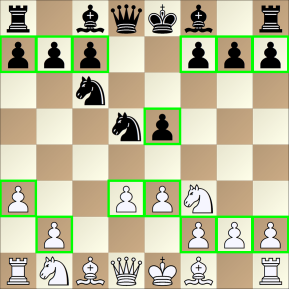 This is a reversed scheveningen. One of the important things to look for in openings is the resultant pawn structure. Pawn structures are easy patterns to recognise and it can be used to link various positions from different lines, where the same general rules apply

Despite the game starting out as English opening, we see that both the sides carry out the typical ideas used in Sicilian Nadjorf, fianchetto system. The objective of a5 is to prevent white from playing b4, which helps take control of a lot of squares on the queenside. Taking control of squares in chess is almost like taking control of territories in war. 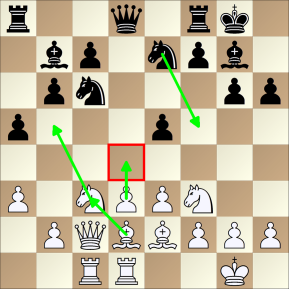 The effect of black's strategy - taking control of important squares has resulted in making the position cramped for white. In order to free the position, white has to make the central break d4 reminiscent to the d5 break in sicilian games. His next moves prepares towards that 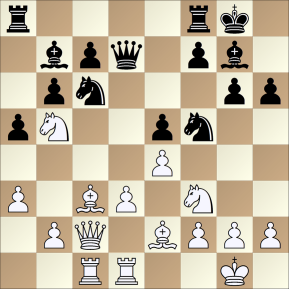 ( 16.d4 is the logical move and might have probably given white a slight edge16... exd4 (16... e4 was perhaps the move white was afraid of during the game. However, here white should not take on e4, but counter attack! 17.d5! ( 17.Qxe4 Ncxd4 now, white cannot take on b7 because of Nxe2+ and Qb5. White can simply go back to c2 on account of the pin on d7, but it's a lot of complicated calculation to do)17... exf3 18.dxc6 Qxc6 19.Bxf3 Qxb5 20.Bxb7 gives white a clear strategic advantage) 17.Nbxd4 Ncxd4 18.Nxd4 +/= White's placement of pieces make sense here. The rooks are well placed to take advantage of the open files, the bishops control important squares and white has a comfortable edge)

Black's main problem is the c7 pawn. White aims to pressurise black's position with b4-b5. However, this can be defended easily. The difference in activity of white's pieces after d4 and after e4 can be quite easily seen by using the gameviewer 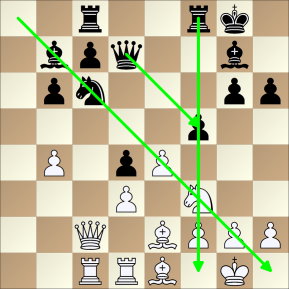 This move has several advantages. With one move, black opens diagonal for the b7 bishop, and files for the f8-rook and d7 queen. If white does not capture on f5, then black gets the d-file

White intends to nullify black's presence on the f-file with f4. It's useful for white that he has the tactic Bd2 against Rf4 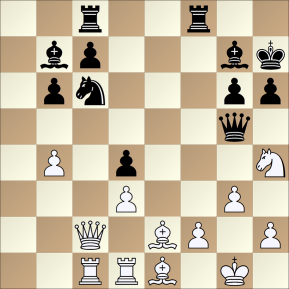 27... Ne6 28.e5 ( 28.b5! This move stops c5, thus preventing black from making d4 a 'connected passed pawn'. Pawns, very much like infantry in real battle, are in general, stronger when together. b5 ensures that the d4 pawn remains vulnerable to attacks. Remember Maximus's quote in the 'battle of Carthage to other foot soldiers? "Whatever comes through those gates, the more we stay together, the stronger our chances of survival") 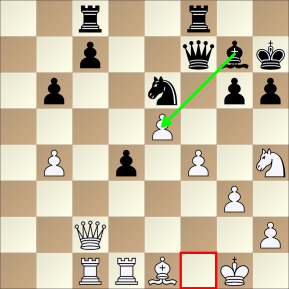 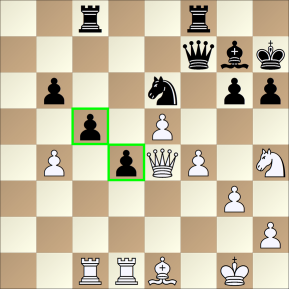 black takes advantage of the fact that Qxd4 is met by Nb3 and white is forced to move the queen from e4, which makes e5 vulnerable

Now, the game enters into a rather interesting phase. 3 vs 3, with the d4 pawn being both the strength and weakness of black. If white manages to attack successfully, white is better, and if black can defend it successfully, then black is. So it all boils down to concrete timing

The rest of the game moves into a tumultuous phase with many mistakes from both sides. I suspect this is probably because of the less time for both sides. There was probably no additional 30 minutes after 40 moves

now, white just loses the f4 pawn by force while he's unable to take on d2 due to tactical reasons

the rest of the game is just a matter of technique

1.When you reach a new position, it's useful to relate it to positions you know. Pawn structures are especially useful in identifying such patterns.

Despite the early setback Hovhannisyan didn't lose again in the tournament and finished with a respectable 6.5/9.  Although he wouldn't have been too pleased with his result, things could've got a lot worse if he had let this game influence the quality of his subsequent games.  Moving on,

Upsets of this magnitude are fairly rare events.  However, the 8th Agzamov Memorial witnessed a strange event, as both the 9th and 10th seeds, rated above 2600 lost to two 9 year olds respectively.  While the above game was full of errors, the below game demonstrated very mature play by Abdusatturov who did not let go once he got the advantage in his grasp.

The King's Indian Attack. White is normally accustomed to moving the d-pawn one more square forward in this position. d3 aims to close the center and take the battle ground to the flanks. Usually white progresses on the kingside and black progresses on the queenside 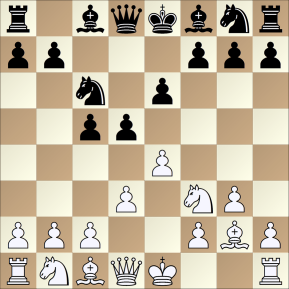 5... g6 (5... dxe4 6.dxe4 Qxd1+ 7.Kxd1 b6 Black has a slightly better position here because it's much easier for him to develop naturally and find moves. White is much more poorly coordinated)

At around this time, both sides must visualise where they want to develop their pieces and the early middlegame strategy. The general way of operating in such positions is that white plays on the kingside and black on the queenside. However, the 9 year old Abdusattorov is not so direct

A slightly unusual place to develop the queen in this opening. The more usual square is e2. This move has the advantage of avoiding the uncomfortable pin if the black bishop comes to a6. However, white abandons the plan with e5 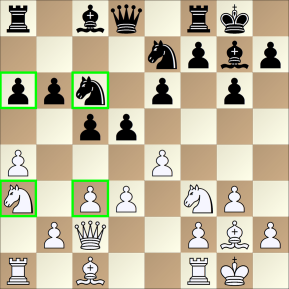 Opposing the knight on opponent's 3rd rank with a pawn on our 3rd rank is a common motif. This restricts the mobility of our opponent's knight 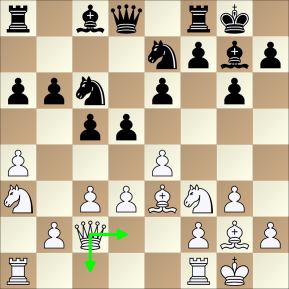 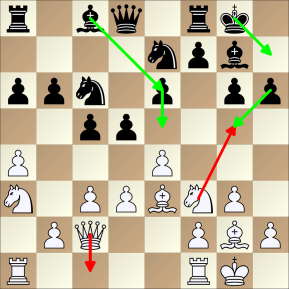 This is another common way of responding to the Be3 move when our bishop is fianchettoed. This is to avoid the Qd2/Qc1-Bh6 battery. Now, black can defend with Kh7 against such a battery and our fianchettoed bishop is safe. This move is also useful to defend against Ng5 in case black wants to bring the bishop to e6

nipping ideas of something like d4 in the bud. Now the white's rook on d1 looks stupid

with this move, the center is almost static. The g2-bishop and g7-bishop are the bad bishops in this positionthis will alter if the pawn structure gets altered after something like f4 by white or f5 by black. Black has more space than white in this position. White can offset this by either advancing pawns on one sidewhich can in turn become a weakness or exchanging piecesso white's pieces get the squares of their choice instead of fighting among themselves

15.Nh4 ( 15.b4 is an example of how to offset opponent's space advantage. This gives more options for white's queen while controlling more squares for white)

white is playing without a coherent strategy, which is not surprising considering white's rating and age

When one of our opponent's bishops get exchanged, it enables us to take control of those squares almost unopposed. Like for example, it's easier for black to take control of the dark squares in this bishop. It is in general desirable to avoid doubled pawns like this, however in this position, it's compensated by other factors

The drawback of this approach is that is allows white to execute his plans unhindered. White's knight on c4 holds the whole of queenside together almost single handedly - therefore giving white a free rein to play on the other flank

( Bxc4 this seems like the rational move to make. I suspect Zhigalko might have played this against someone higher rated, but perhaps in this game he wanted to keep more pieces on the board for non chess reasons 20.Rxc4 Rxc4 21.dxc4 Nc6 is an option worth considering. Black has a protected d-pased pawn and the half open be-file)


1.A direct f4 is not possible due to tactical reasons.  How will you make this happen? 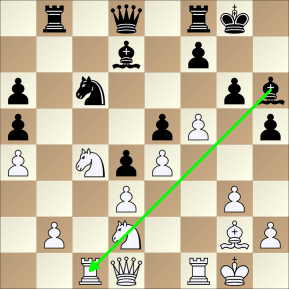 one of the advantages of pair of bishops, an unopposed control of the opposite colour of our opponent's bishop

White shows admirable restraint for a 9 year old. White just waits and Black has no flowing counter play on the queenside on accounting of allowing the Nc4 bind which nullifies almost all threats 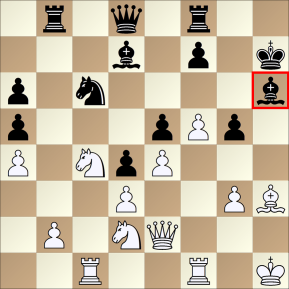 white now threatens f6, after which it'll be very difficult to evacuate black's king while also allowing white's rook to attack through h1 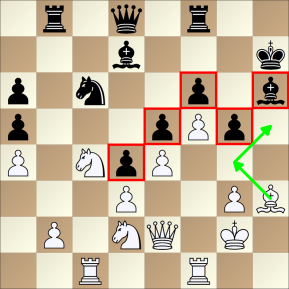 
2.White can just win a pawn by force now.  Can you guess what white missed here?

White is a pawn up with a completely better pawn stucture and much better placed pieces. The rest is a simple matter of technique. If you are like former world junior champion Soumya,Swaminathan, you'll want to scroll through till the end of the game :)

in the endgames, it's useful in most cases to advance our king

1.Opposing the knight on opponent's 3rd rank with a pawn on our 3rd rank is a common motif. This restricts the mobility of our opponent's knight.  Example a3-Na6 c3-Nc6.

2.When one of our bishop is fianchettoed, with same side castling it's quite thematic to respond to the diagonal battery with h6-Kh7/h3-Kh2.  This helps avoid the exchange of the fianchettoed bishop, which is very important in controlling a lot of squares.  However, it's not such a good idea to move the pawns before the king when both sides have castled their kings on the opposite sides.

Although such occasions are rare, they do happen. If we are the higher rated player, it's very much desirable to not such let things happen to us even rarely. It's also an useful reminder that even strong grandmasters are fallible.  Anyone can defeat anyone and anyone can lose to anyone from any position.

That's it for today! Check out next week for more David - Goliath chess stories! In the mean time, let's talk about similar stories from your games. Do share your thoughts, and experiences in the comment section below!