In my upcoming blogs I am going to be analyzing yet another great tournament victory of World Champion Magnus Carlsen. What made his victory in the Gashimov Memorial even more special is the fact that he showed that he too, like the rest of us, is human! With Magnus winning the first two rounds against Mamedyarov and Nakamura, the Norwegian chess reporter Tarjei J. Svensen felt very optimistic on twitter:

And why not? With Carlsen on a roll things can happen! As we all know, it did not. In round 3 Carlsen uncharacteristically allowed Karjakin to escape with a draw with what looked like a very unpleasant endgame. This game was followed by two shocking losses against Caruana and Radjabov.

Visibly struggling with his chess form Carlsen then managed to scrape a win against Mamedyarov before facing Hikaru Nakamura with the black pieces. Hikaru, just as in Zurich, managed to build up an overwhelming position, but, just as in Zurich, failed to deliver the final punch after which Magnus 'stole'  the point.

Two draws later Carlsen was facing Caruana in a direct fight for tournament victory. I felt Caruana never really got the full compensation he was looking for after he sacrificed a pawn early on in the game. The World Champion carefully extinguished black's threats and slowly but surely brought the point home. Yet another tournament victory for the 23-year old Norwegian!

But perhaps the biggest news, as I mentioned before, is that Carlsen showed some vulnerability this tournament. I'm sure Vishy Anand also took note of that!

In this blogpost I'll be taking an in-depth look into the first round game between Carlsen and Mamedyarov. You can play through the moves using the PGN-viewer or check the video below! 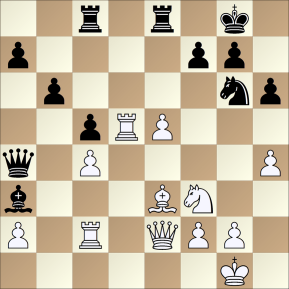 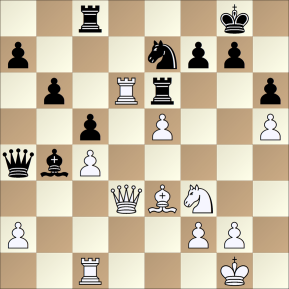 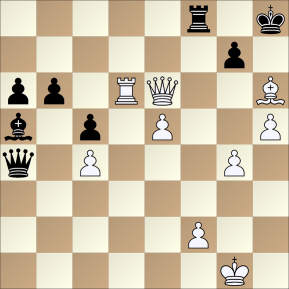 Stay tuned for part 2 where we will be looking at the game between Caruana and Carlsen!

4
Anand's victory in four key games
It is probably no longer a surprise for you when I tell you it was indeed Vishy Anand who won the 2014 Candidates tournament in Khanty-Mansiysk. The key to his tournament...
Posted in: Cambridge Springs, Carlsen, Caruana, Gashimov Memorial, Karjakin, Mamedyarov, Nakamura, Shamkir

"Great analysis, again. Was wondering in the 24 Rd8 line what would happen after 33 g3!, g5. The (computer)answer is a beautiful mate in 8 with 34 g4!! Totally overloads Blacks position, f7 and g6 (as a flight square) have to be guarded. I'm not good enough to see these lines myself, unfortunately. Looking forward to the next one. Keep up the good work!" Klaas Harmsen