The Bogo-Indian is knows to be a solid system but the hyper-aggressive way in which Giri handles the line might change that reputation alltogether!

The most principled reply. White is trying to prove that the check on b4 was premature while Black insists that the knight is misplaced on d2.

4... O-O 5.a3 Be7 ( Giving up the bishop pair with Bxd2+ 6.Bxd2 b6 7.Bg5 gives White a risk-free advantage. With the game continuation, Black keeps the bishop but hands White the centre.)

7.e5 Nfd7 ( Leaping forward with Ne4 is not advisable; 8.Qc2 already forces the knight to exchange itself on d2, which only speeds up White's development.)

White can't be allowed to keep his beautiful centre together. 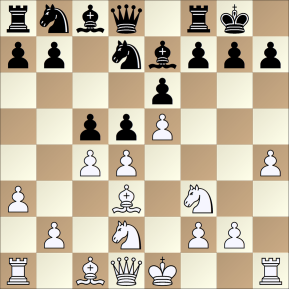 The old rule that a flank attack must be met with a thrust in the centre is put in practice! 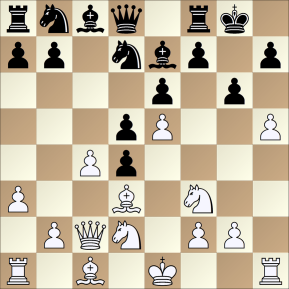 Both sides seem to ignore eachothers moves. That can't go on forever! 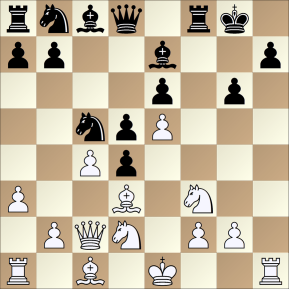 ( This quickly lands Black in trouble. Future games in this line will probably focus on exd5 when 14.hxg6 fxg6 15.Nxd4 Rf4!? is very messy.)

Freeing the c1-bishop and eing the f6-square. The computer finds Black's position completely acceptable but it's misevaluating the chronic weaknesses in Black's camp. 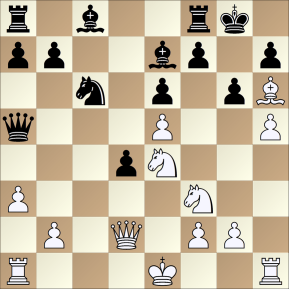 ( 16.Kf1 Nxe5 17.Nxe5 Qxe5 is not that clear but Anish correctly assessed that even in the endgame White's initiative is ongoing.) 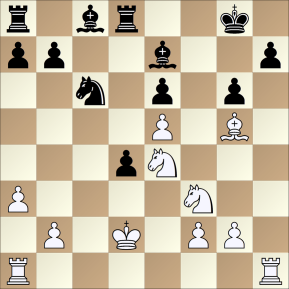 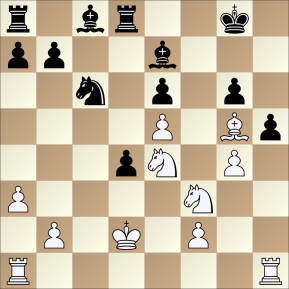 ( When commenting upon this game with Yasser Seirawan today we shared a general feeling of surprise that White did not chose 20.Bxe7 Nxe7 21.Nfg5 followed by f4, g4 etc. White has a risk-free winning advantage. ( Even stronger is the computer suggestion 21.g4! because21... hxg4? 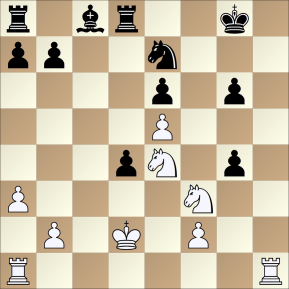 leads to a quick mate. Although the move chosen by Anish does not spoil his advantage completely it's unnecessarily forcefull and gives Black counterchances.)) 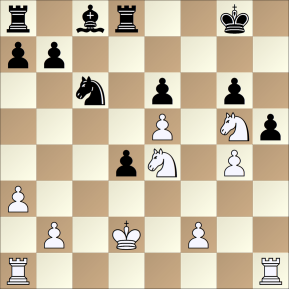 Though still facing some development issues with his bishop, Black is now back in the game.

22.gxh5 Nc4+ ( Black tries to misplace the king before finishing his development. Though Bd7 looks dangerous there is nothing decisive after 23.hxg6 Bc6 24.Rh7 Rf8! )

( From here the knight's action radius is rather small. Bringing the knight to the centre was called for Ne5 when the position remain unclear.) 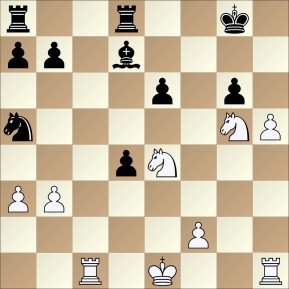 Taking the g-pawn of the board does not end the worries of Black's king. 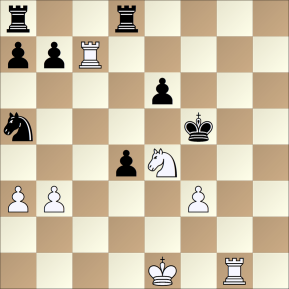 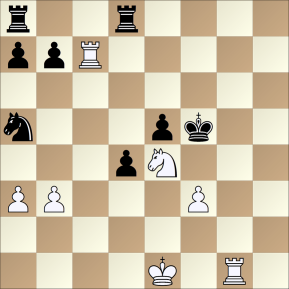 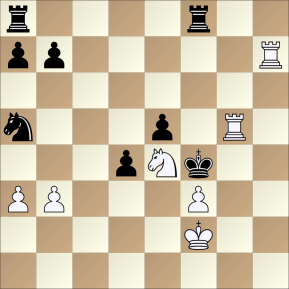 Black resigns, it's possible to stop the mate on h4 with 33. Rh7 Rh8 but then 34. Rf7# follows. Not a game without mistakes but powerful opening play and instructive finish from Giri.

0
Energizing chess collaboration: Tata Steel Chess and Chessity
There's something magic about January. In this quiet, wintery month, the chess world sparkles into the new year with the Tata Steel Chess Tournament in Wijk aan Zee.&nb...
by JacquelineW on Jan 9, 2018