During the entire Tata Steel Chess Tournament, Chessity will present you with a daily 'game of the day'. Today we show you Fabiano Caruana's swift victory over Boris Gelfand. It was Caruana's creative play in the opening and early middle game that made a great impression.

Though Gelfand has been primarily adopting the Sveshnikov variation ever since his 2012 World Championship match against Vishy Anand, the Najdorf has been one of the main pillars of his opening repertoire during his entire career. 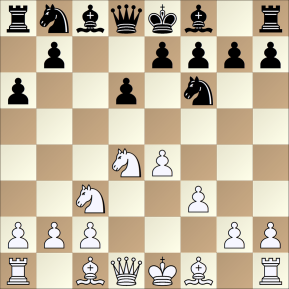 ( Since Gelfand likes to meet 6.Be3 with6... Ng4 -see for instance his exemplary game against Nakamura in the latest Paris Grand-Prix- Caruana cleverly sidesteps this variation by first pushing his f-pawn before developing his bishop to e3.)

6... e5 ( Transposing back in the main lines of the English Attack. If Black were to try to take advantage of White's move order then a move like6... Qb6 would spring to mind.) 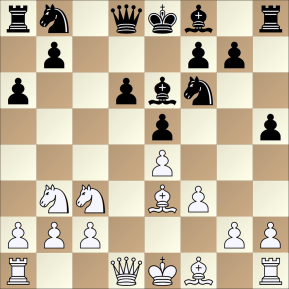 Modern chess! 15 years ago this move was hardly taken serious, but it can now safely be considered the main line. At the top level it has overtaken both natural developing moves 8... Nbd7 and 8...Be7. Black rigorously stops the advance of White's g-pawn before continuing his development. 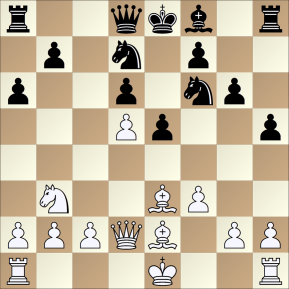 ( Why place an exclamation mark behind this natural developing move? Because of the concept behind it! Previously players had primarily played 12.O-O-O here, but after12... Nb6 13.Qa5 ( 13.c4?! 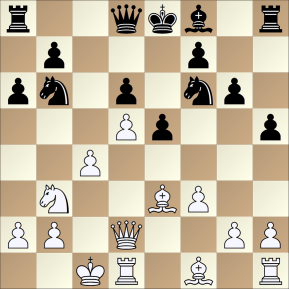 13... Rc8 is awkward with the king on c1)13... Bh6! 14.Bxh6 Rxh6 15.Kb1 Kf8 having exchanged black-sqaures bishops, and with the king finding a safe spot on g7, Black has an adequate position. For the interested reader I would recommend the game Anand-Topalov, Wijk aan Zee! 2008, which was won by Anand but not because of the opening. With the move played, Caruana embarks on a completely different plan of castling short.) 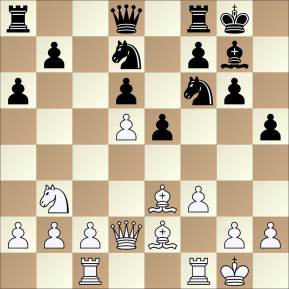 ( Only now the game enters unknown territory. The immideate 14.c4 runs into ( 14.Na5 is the main move in the position, intending to expand on the queenside with c2-c4, b2-b4 etc. I am no expert in this particular variation but I have no doubt Caruana studied this position extensively.)14... a5! when, just to show the idea, 15.a4?! 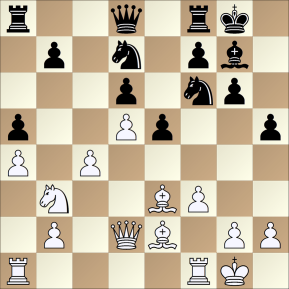 15... b6 followed by Nc5, allows Black a total blockade on the black squares.) 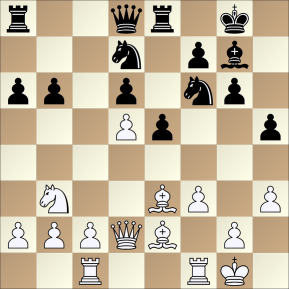 Starting an attack out of the blue. 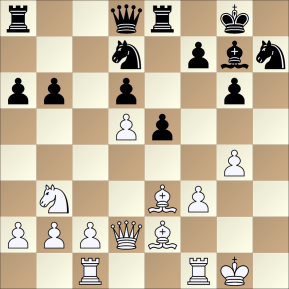 ( Slightly hesitant I give this move a dubious mark. It's early to draw conclusions so quickly after the game but I haven't been able to refute Nc5 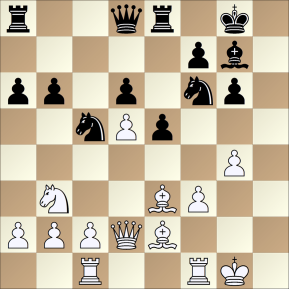 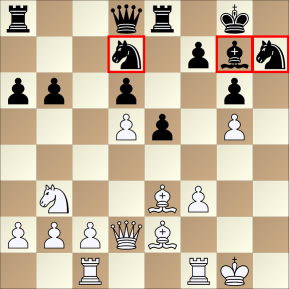 18... f5 ( In the pre-computer era18... e4 ( It is difficult to come up with an alternative though, as the concrete18... Bf8 leads nowhere after 19.Rf2 Be7 20.Rg2 . Black is tied up and in the game Gelfand tries to free his position somewhat. It does weaken his structure considerably though.) 19.f4 Bxb2 would be dismissed as 'dangerous for Black' but nowadays everything has to be proven. So there we go! 20.Rb1 ( 20.Bd4 Bxc1 21.Qxc1 does give White a strong diagonal but after21... f6 Black is confidently defending and probably just winning.)20... Bg7 21.Nd4 taking full advantage of Black's central push by planting the knight on c621... b5 22.Nc6 Qc7 and here I like 23.c4! a lot, starting a queenside initative. White has excellent compensation for the pawn.)

A nice little manouevre, bringing in the rook to charge the g6-pawn.

21.Rg2 Bxe3+ 22.Qxe3 Ndf8 23.Bd3 Ra7 24.Rf1 ( Another instructive moment. Instead of being greedy with 24.Bxg6 ( 24.Qh6 Rg7 25.Nd2! could be even stronger. There is little black can do to oppose White's increasing pressure.)24... Nxg6 25.Rxg6+ Rg7 which gives Black very reasonable surviving chances, White simply keeps the pressure on. Though the somewhat mystifying rookmove worked out perfectly well during the game it seems to me the direct) 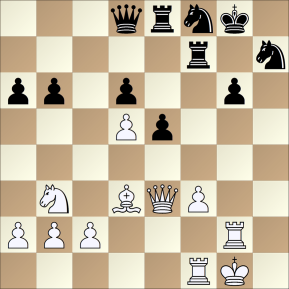 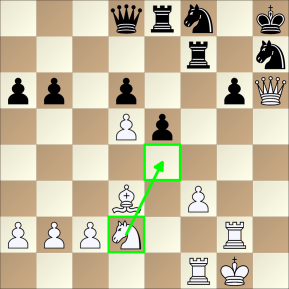 ( Again, the greedy 26.Bxg6 Nxg6 27.Qxg6 Ree7 is not nearly as strong as the game continuation. All White's pieces will be invited to join the party.) 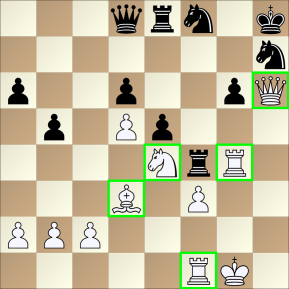 White's position is an example of how harmony looks like. 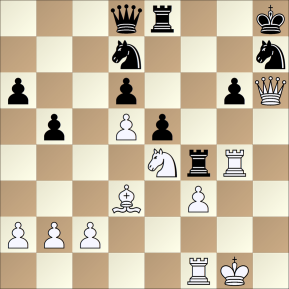 ( This speeds up the end considerable. Black could still put up a fight with28... Re7 .) 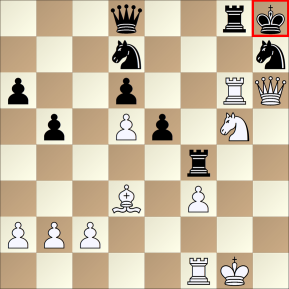 and Gelfand resigned. He has to give up heavy material in order to prevent mate. A great start for Caruana!