Hello everyone! This is IM Srinath, Narayanan and I am back here on ‘endgame strategy’. This week's theme is about the importance of Pawn structure in Endgame, highlighted by the story of the Pike man.

The pike man, or the pike pawn is demonstrated by a very instructive endgame played in the Ukrainian Championship, 2014. The article focuses on play against knight with a pawn. As I’ve already demonstrated in my columns, set ups like a3-Na6 c3-Nc6 effectively hinders the knight as it takes two forward squares of the knight how. This is especially more useful when the Knight is in the last rank.

The second game focusses on how this knowledge can be used to mould the game in such a way from the opening itself. It is little, concrete knowledge like this that enhances a player’s understanding of chess. Okay, enough talk, let’s go to chess now! 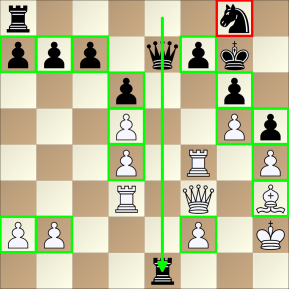 The game is still not quite in the endgame stage, but is poised to get there in a few moves. Two factors are important in this position. 1. Domination of White's bishop against Black's knight. 2.White's space advantage 3.The disparity in the pawn structure. White has a doubled pawn on the d-file. However, this works in White's favour in this position as it's possible for White to put pressure against the c7 pawn. However, it's not possible for Black to try & attack White's doubled d pawns. This is chiefly due to the first two factors in operation in this position. Because White controls such a large part of the board, Black's pieces are unable to move freely and attack White's weaknesses. Properties of space advantage:- 1.It's useful for the side having less space to exchange pieces. The opposite applies to the side having more space. Don't exchange pieces. 2.Moving pawns forward gains space. However, this is a double-edged sword. The pawns can later become weaknesses.

Black was threatening to play Re8, trying to seize the e-file. Re3 ensures that White nullifies Black's presence on the e-file after e4.

Black attempts to bring his knight and the other pieces into play. 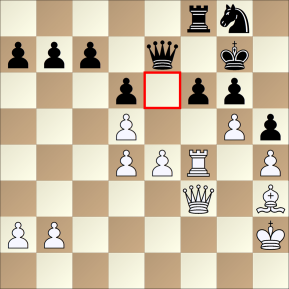 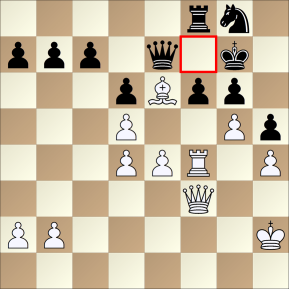 White seizes the opportunity. Eljanov had little time during this phase, so his play shows an excellent grasp on strategic chess. 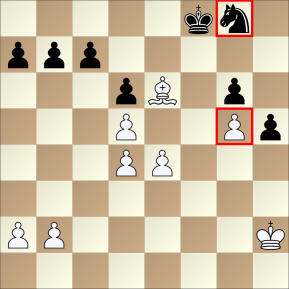 This is a common motif. Placing one's pawns 2 ranks above the knight suffocate the knight's mobility.

creating a weakness. This is very accurate as Bc8 is not possible after Ne7.

Centralisation of king is one of the key principles in endgame play.

White can maneouvere all he wants. Black has to be patient. The only solace for Black is his h-paser, however this isn't much of an asset as the moment Black plays h4, White's king can slowly move from wherever he is, and take the pawn.

Guarding against a break on c6 temporarily. Just in case.

In the unlikely event of White managing to transfer the King to a6after playing Bf1-Bh3 a7-a5 ensures that Black won't lose a pawn. 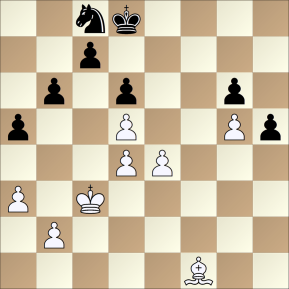 Preventing an incursion via b5.

White just dances around for a while to gain time. The eventual plan is to transfer the Bishop to e4 and king to c4. Keeping king on c4 will tie down the Black knight to a7 as Black cannot allow Kb5. With the Bishop on e4 and pawn on e6, Black will eventually get into a zugzwang.

This move creates one more square for the king near b5, to prepare e6. 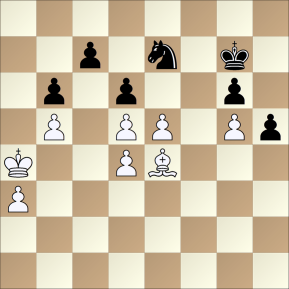 forcing the Bishop to go back. However, now White break throughs on the kingside.

Knight can't move. King can't move. White's king just has to transfer the king to the kingside and capture h4. When Black resists with b5, the White bishop cuts it off in two moves. Black's knight can never move because of the a-paser. This is one of the fallacies of passive defence. However, Black had only one opportunity for clear cut improvement during the game.

Lessons learned from the game:-

1. Brute calculation is always useful.  It is especially useful more so in the endgames.  It's always very useful to familiarise ourselves with typical and similar positions, because it is when evaluating positions that while calculating in our head that we make mistakes.

2. It's very instructive to note how the White bishop constantly dominated the knight.  After 12.Bc8! the e7 knight lost the possibilty to come out via c8-b6 as well.

Black intends to play Ba6 and exchange the bad bishop. So What does what do? 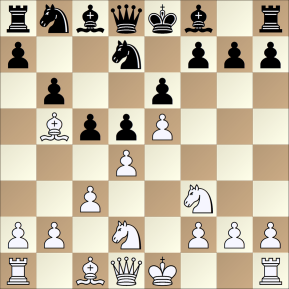 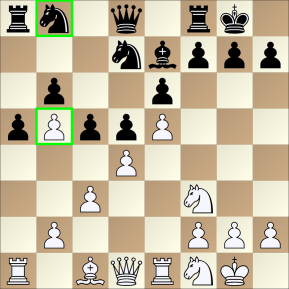 1.It's always useful to have an eye on the 'pawn structure' from the start of the game.  This helps improve our strategic play.


That’s it for this week folks! I hope you enjoyed as well as learnt useful information. As always, I invite you to leave comments and feedback below!

Here a picture of how pikemen looked like in the midieval times. Let's use this weapon on the chess board next time!

5
Why study Chess endgames?
Hello everyone! This is IM Srinath, Narayanan and I am going to be here every Monday on articles that focus on games after the first 30 moves. Have you often wondered, &...
by yodhaa on Oct 2, 2014