Hello everyone! This is IM Srinath, Narayanan and I am going to be here every Monday on articles that focus on games after the first 30 moves.

Have you often wondered, “Why study endgames? I almost hardly ever lose games in the endgame!”

Well, I had these exact feelings in my younger days. I always used to wonder ‘If I could mate my opponent in 30 moves, why do I need to study endgames?”

I grew older, my opponents began to get stronger, and it wasn’t simple anymore to display supremacy within the first 30 moves. In higher levels, people usually have fairly solid openings base, and have probably spent several hours studying early middle game positions. So how do you beat these guys?

Well, I didn’t have to look far. I just had to see how I was getting beaten by people stronger than me. I noticed that many mistakes occur in the 30-60th move phase of the game, when I got outplayed by grandmasters. This is also because this is the phase when people’s time begin to get lower. So, I started to look for opportunities during this period, and I don’t claim to be an expert – but I’ve become significantly better than where I was a few years ago in this phase.

So, why almost everyone should read this column regularly?

1. It helps us consolidate the lessons learned in the endgames column of Chessity. The theoretical positions and calculation skills learned from those columns are mostly what constitute endgame play.

2. Endgames are usually the last chance to win a game/save a game.

3. As we look more and more at such examples, we’ll understand how theoretical study of endgames help in scoring points. While these positions don’t occur in games that often, it often occurs in our mental calculations, which usually helps us find the right evaluations and the precise continuations.

4. Even the best players in the World make mistakes in this phase. So, the benefits of becoming proficient at this phase become even greater. And proficiency comes from greater knowledge and more practice!

In our first example, we examine a recent game of GM Sveshnikov,Evgeny. The opening ‘Sveshnikov Sicilian’ is named after this legendary Soviet Grandmaster. It’s also known under other names such as ‘Cheliabinsk variation’ and ‘Sicilian Pelikan/Pelican’ 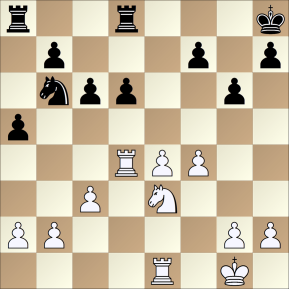 White's pieces are centralised and White has a slight advantage. White brings the last piece to the center.

Black eliminates the main weakness in his position, the d6-pawn.

3.exd5 ( 3.e5 Kg7 is another possibility with a slight advantage to white. However, a symmetrical game gives white better chances to control the game)

4... Nf6 (4... Rxe3+ 5.Rxe3 Nxe3 6.Kxe3 is another possibility. The game continuation is probably slightly better - because an outside corner paser is very dangerous)

This move is an important addition for the creation of a h-paser later on in the ensuing rook endgame. 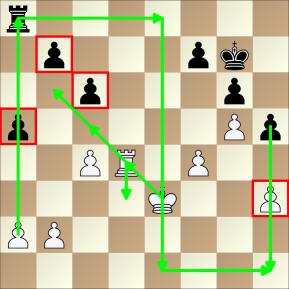 equal pawns, symmetrical structure, however, white's centralised pieces make a huge difference. White's initial objective here is to attack black's queenside pawns and try and create a passed pawn. Black cannot succesfully defend on the queenside due to law of numbers, and therefore Black has to fight on the other flank through the h3 pawn and the h-paser. Having understood the objectives of both sides, it's time to concretely calculate the variations and the result of the calculations usually help us understand the evaluation of the position.

Black has to defend actively, and try and find counter play. 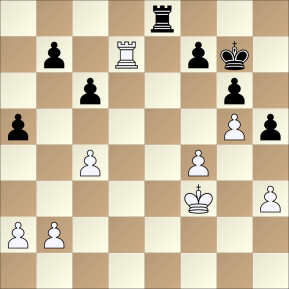 ( 11.Kd4 was probably better. We'll see later in the game that White eventually chooses to go towards this direction under alternate circumstances. The essence of this position is that, White has to create pasers on the queenside. This is because the queenside is farther away from black's king, and therefore the pawns are harder to defend against. The passed pawns need the support of white's king, while white's rook can do the dual task of helping white advance the pawns combined with impeding the progress of black's h pawn11... b5 (11... Re2 12.Rxb7 Rh2 13.Rb3 a4 14.Ra3 +- ) 12.cxb5 cxb5 13.Rd5 +/= One of the pawns has to fall. Black will seek counterplay on the kingside, but white is more likely to be faster)

Played almost quickly by Black. Rxc3 and f6 made more sense, a decision made on general grounds instead of deep calculation. I am sure if the Black player practised on Afek's endgame studies column - he might have been able to successfully draw this game!

Although this position is objectively equal, in a practical game, white has much better chances. The right approach for black is to seek counterplay on the other wing by playing h4 and targeting h3. White has won the war on the queenside, but if black can manage to race to the counter play on the king side, then black has saving chances

In the right direction this time! 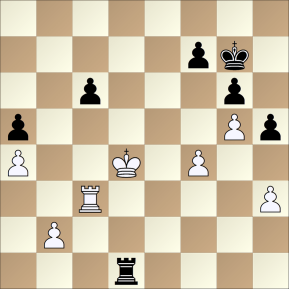 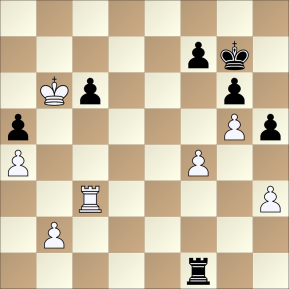 In endgames, the rook pawn outside paser is the most dangerous breed of passed pawns. This is because they're much harder to stop as they're far away. 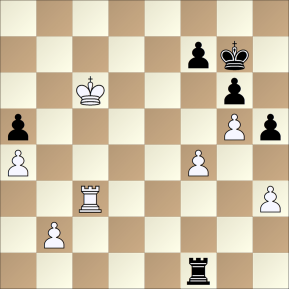 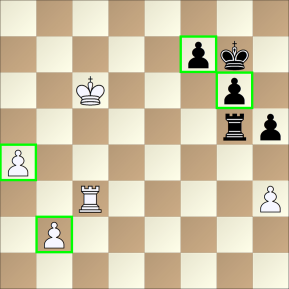 One doesn't need to calculate till the end to understand which side is going to win the race.

While both pawns are advanced, the activity of the king's make a big difference. Black has to sacrifice his most prized soldier to be able to continue the game.

Lessons learned from the game:

1.Activity of king is one of the most important aspects in all endgames.  In this game, it became one of the deciding factor.

2.Passers are more stronger, the farther away they are from our opponent's king.

3.Advanced pawns are usually an asset in endgames as they become dangerous pasers when we capture the pawn in front of them.

4.Concrete calculation is a very important skill in endgames.  In spite of all the general rules - concrete calculation must be given the first priority.  In this game, we saw that if black managed to calculate Rxc3 fully, he would've drawn without any further problems.  Chessity has excellent tools to train this skill - this is like a muscle, use it or lose it.

That's it for this week's endgame column of Chessity! stay tuned until next Monday when I come up with another instructive endgame example!

"Well, it's even simpler than that: Opening knowledge is also a matter of fashion and trends while studying the endgame is a worthwhile investment for the rest of your chess career as it rarely changes. In each particular game you may prepare for the opening but the ending is mostly unpredictable and it catches you when you are already pretty tired and short of time. Acquiring the knowledge of the endgame is therefore highly essential. Go for it now!"