At the beginning of this month, the 2014 Sinquefield Cup, the world's strongest closed tournament in history was held in St. Louis, Missouri, USA. In this double-round robin event, no one was expected to win by a wide margin and the favorite to win was the winner of the first edition (2013) and current World Champion Magnus Carlsen.

This historic event became even more epic when Italy's top Grandmaster Fabiano Caruana started the first half with a perfect score and extended his streak to 7-0 !! surpassing Karpov's 6-0 performance in Linares 1994. In this article, I will feature one of Caruana's spectacular wins. One could also argue that this could be a win that was more psychologically difficult to obtain because 5-0 in the first half of the strongest event in history was unexpected for him and may have caused him to either become too excited or overly cautious. Let's check out how "Fabi" handled his first game in the second half of the event.

5...Qc7 followed by a7-a6 is another popular continuation here among Master & Grandmaster games.

6.Nxc6 Another popular continuation and set-up here is the English Attacks which begins with Be3.

Fabiano yet again confidently plays out one of the lines he's played before and has looked at in his preparations. 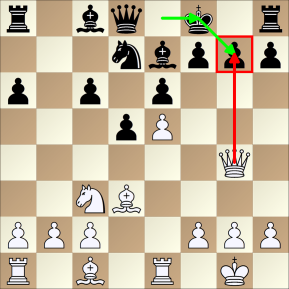 Topalov doesn't want to weaken the dark squares around his kingside, which can happen after a pawn push. 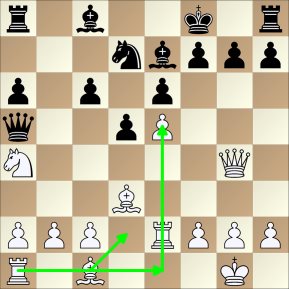 In the post-game interview, Topalov was a little upset during the game that his team did not consider this move, whereas Caruana said that he had prepared this idea for Svidler in the European Club Cup last year! The lesson here is too keep preparing and studying, regardless of whether your opponent will play in your lines because you will eventually get to use your preparations/novelties if you keep playing tournaments!

Black faces White's kingside piece play with counter-attack on the same side where his king is oddly placed. Complex middlegame here we come!

15... Qc7?! keeping Qs on the board is simply hard to resist for a fierce attacking & counter-attacking player like Topalov. 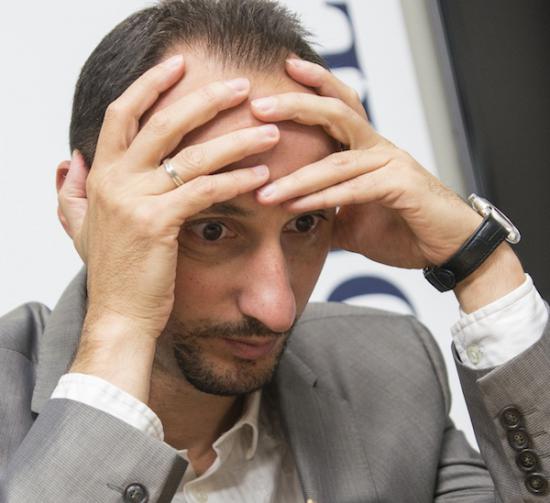 A more prudent and safer choice was 15... gxf4 16.Bxa5 Bb7 17.c4 Rg8 after which Black has equal chances because he has good counterplay on the g-file and the e5-P.

18.Rae1 Now White completes his development and plans to open lines of attack with either c4 or f4, while Black has no clear plan of play to distract White from improving his position.

Now all Topalov can do is place his pieces on good squares, and hope to get his N to the dreamy d4 square... The question is, will he have time?

22.Bc3 Nb8 the N-maneouvering operation begins, and what is Caruana's reply?

23.Re3!! "Okay, come here Knighty, come to d4 now" (with a thinking smile). Caruana plays a strong prophylactic move- a move that both prevents the opponent's plans and improves one's position. 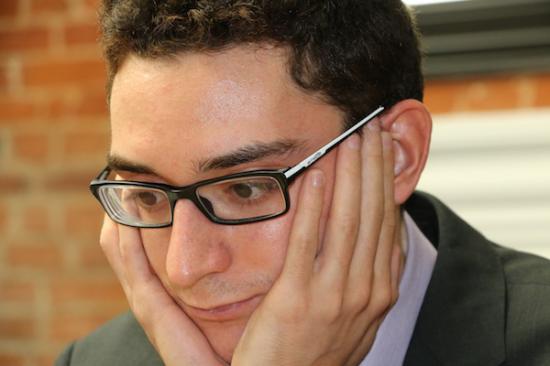 Topalov doesn't miss the deep idea behind Caruana's previous move, but he overlooks a tactic in his analysis rendering his N-move a mistake.

24.Bxe6! a destructive sac that blows up the Black king's hideout 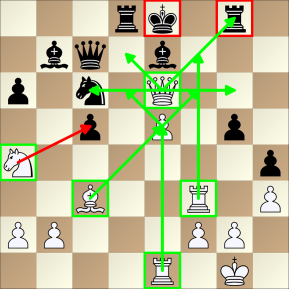 With all of his pieces involved, including his central pawn, Caruana correctly evaluated before move 24 that the piece sac leads to a winning attack 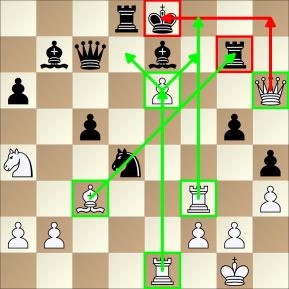 Not the only winning move, but it's the best one! Caruana keeps displaying brilliant move selection and calculation skills.

Caruana keeps his concentration level up and accurately calculates the best way to win!

( Some players may be tempted to play the "fancy" 30.e7? but this is where the top players get their chance to escape, and sometime even come back to win the game!30... Qxe7 31.Rxe7+ Rxe7 is a sample line in which one slip can make the task of winning difficult for oneself.)

A great game by Caruana not only from a competitive but also from an artistic perspective! In this game, as in most of his games recently, Fabiano Caruana has displayed deep opening preparation, accurate calculation, and good concentration that enabled to effectively break his enemy's resistance.

As a result of this performance, Fabiano has not only won the strongest event in a dominant fashion but also convincingly establishes himself (as far as rating is concerned) as the second best player in the world! 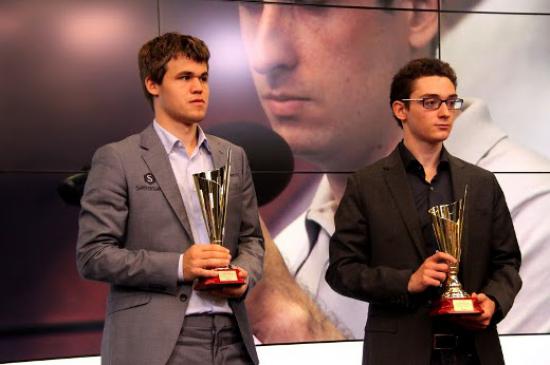 2
Who Won Recently? Yuriy Kuzubov
Hi everyone! I'm back with a new series dedicated to strong tournament winners. Every month I will select one or two tournaments and feature an instructive game by the Ch...