Hi everyone! I'm back with a new series dedicated to strong tournament winners. Every month I will select one or two tournaments and feature an instructive game by the Champion.

I know you're probably expecting to see a super-Caruana-game examined (which I will definitely do after this one), but I'd like to invite you to stop and appreciate another impressive win by a solid player in a very tough tournament.

At the end of last month, the 2014 Abu Dhabi Chess International Masters Tournament that fielded 34 GMs, 14 of whom were super-GMs, was clinched by Ukraine's Yuriy Kuzubov. The top-boards situation were close from start to finish, and in the last round Kuzubov was half a point behind one of the leaders India's young super-talent Santosh Vidit.

7.e3 ( 7.Nf3 Bf5 8.Nh4 Bc8 9.Nf3 some GMs make the repetition here, which Vidit ofcourse welcomed due to his better tournament situation.) 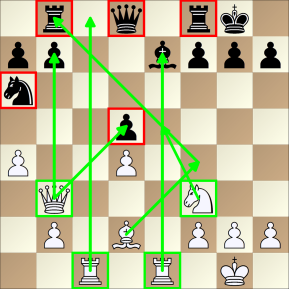 Here, although pieces were exchanged White is better due to his better placed pieces, good squares e5/c5 , and weaknesses that he can easily attack d5 & even Black's kingside!.17... Nc7)

15.Ne4 so far, the moves have all been played before. 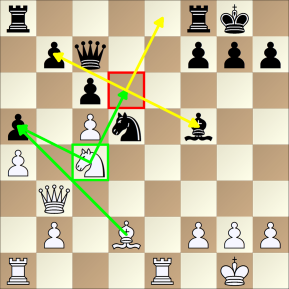 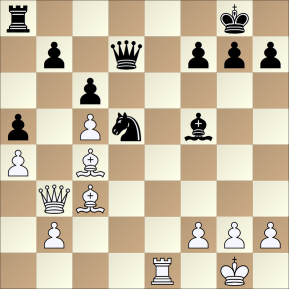 Black just played a natural-looking move defending his N on d5 and the e8-square. The puzzle above looks like it requires a positional move, but Kuzubov's eye for detail and tactical alertness enabled him to find the best solution:

Taking a pawn to divert the a8-rook from controlling Black's back rank.

a player of Vidit's calibre ofcourse realized that he missed a tactic, and rightly avoids giving White a forcing way to win. 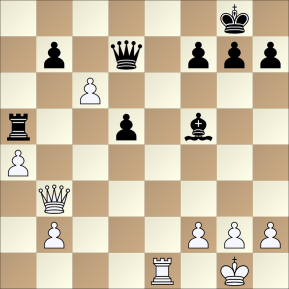 25.Qg3! even after winning a pawn, White plays accurately to convert his advantage. His last move drives away the active N and eliminates any Black counterplay. 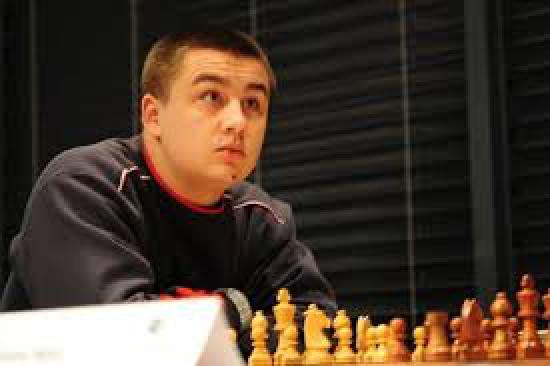 26.Qxf4 h6 now Black's king is safe from any back rank mates, unfortunately it 's too late to save his position.

27.h3 creating a breather for his king to activate his rook in the future. 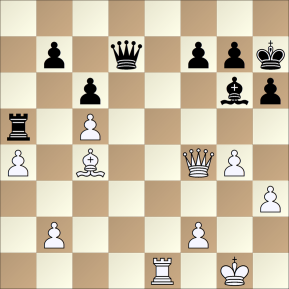 Can you find the best way to "win the won position?

( Be6 29.Bxe6 fxe6 30.Qb4! an important in-between move aka zwischenzug to worsen the enemy rook's position, before checking on e430... Ra8 31.Qe4+ Kg8 32.b3! +- and White is winning because White is better materially & positionally and Black doesn't have counterplay.)

seeing that White will win almost all endings here, he forces Black to worsen his queen's placement.

30.b3! incarcerates the Black rook. Notice how each of Black's is badly placed and suffocated.

32.hxg4 b5 33.cxb6 Black decided he's had enough, and resigned in this hopeless position.

Great play from Yuriy Kuzubov who obtained a slight edge in the opening, maintained it in the middlegame and later took advantage of his opponent's oversight. Consequently, he parried all of Vidit's attempt for counterplay and effectively pushed back all of his pieces, leaving him nothing to play and forcing resignation.

In a post-event interview, Kuzubov said that it's difficult to play for the win in the last round (especially against a strong player like Vidit!), and was "lucky." However, Kuzubov was a well-deserved winner of this strong event for his never-say-die attitude after losing in round 6, and winning a nice fighting game in the end.

arunjchess 17:14 - 7 Sep 2014
Karthikeyan Murali's performance is worth mentioning, too. I thought he'd win the event :D