Carlsen or Karjakin: who wins the World Championship 2016?

Yesterday I visited the Max Euwe Centre in Amsterdam in order to give a lecture on the upcoming World Championship match between Magnus Carlsen and challenger Sergey Karjakin. I tried to give an impression on the strengths and weaknesses of each player, but we started by examining the route Sergey Karjakin had to walk, to become a challenger to the throne.

Two excruciating tournaments Karjakin had to win in order to qualify. The first one was the World Cup, held last year in Baku. The World Cup starts with 128 world class players. Through a series knock-out rounds, the number of contestants is halved with every passing round. In a crazy final, Karjakin proved to have the better nerves as he edged out Peter Svidler in the rapid tie-break.

The nerves of Sergey Karjakin

The first game I want to show, however, is not from that final with Svidler. It's from his match in the 2nd round against American GM Alexander Onischuk. It should be pointed out that a match consists of two games and Karjakin had lost the first one. It was in this, 2nd game, he had to win the game in order to secure a rapid tie-breaker. It's interesting to see how a player handles himself under such pressure.

The solid Berlin-defence makes perfect sense when you are playing for a draw.

A remarkable choice! Our first instincts in must-win situations often to play chess, but with his last move, Karjakin allows for the position to be simplified tremendously.

bishops always drawn, or so we generally think. With rooks on the board, the issue already becomes somewhat different, and here c7 is a weakness. However, can that be enough to win the game? How can white possibly break through here? 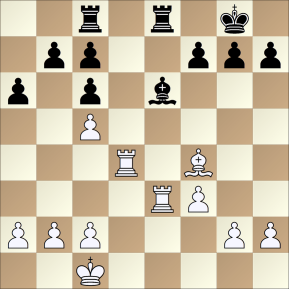 The are now ready to swing over to the queenside. First of all black has to deal with the threat of Rb4.

With his last two moves, white ensured that black's pawn structure has been somewhat weakened. But what is the next step? Take a moment to think about it before reading on! 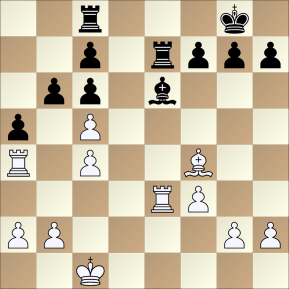 Kudos if you came up with this one! The point becomes clear immediately: 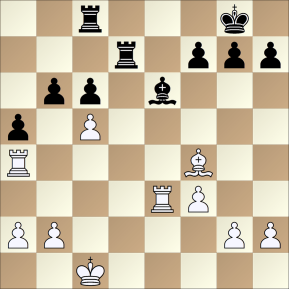 Very instructive, black has no satisfactory way of dealing with this pawn push. His reply is forced. 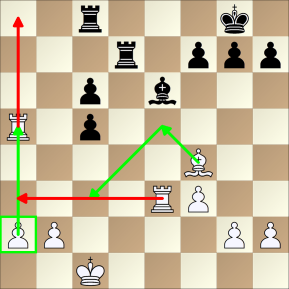 What a ! The arrows now indicate white's plan for the next couple of moves. he will try to exchange one pair of rooks, with Ra3 followed by Ra8 (the red arrows), after that he will try to install his bishop on c3 and push his a-pawn up the board (green arrows). 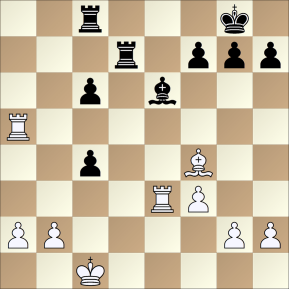 And this is perhaps already the decisive mistake! Activity is always of the essence in the endgame and our case in point is no exception! With 25... Rcd8! black could have stopped the above-mentioned plan by forcing 26.Re1 and now for instance 26... h6 when not clear how white can increase the pressure. Trying to place the bishop on c3 27.Be5 runs into 27... Rd2! 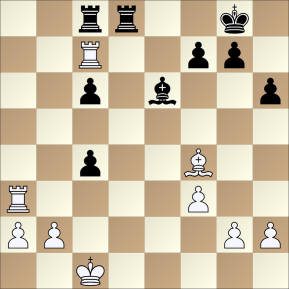 With one set of of the board, black can forget about counterplay on the d-file. 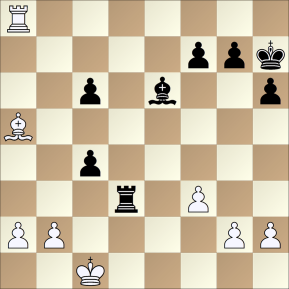 On his way to the beautiful c3. From there it well push the a-pawn forward. 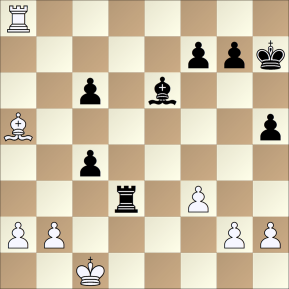 A desperate attempt for counterplay. Black can't sit and wait the a-pawn queens and tries to create weaknesses by pushing the h-pawn. 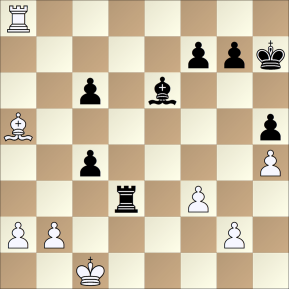 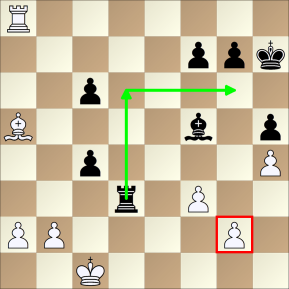 Trying to get to g2, but Karjakin has it covered. 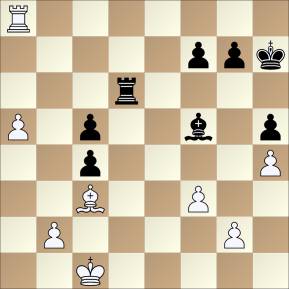 Not fearing any ghosts. 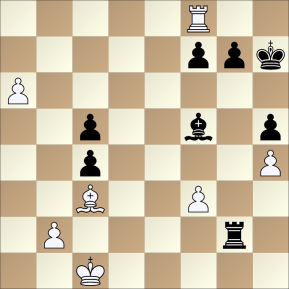 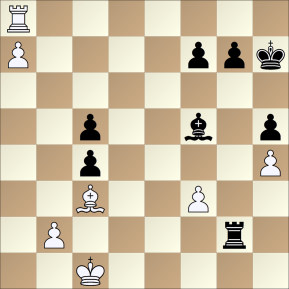 and black resigned. Given the peculiar Karjakin was in, I found this a remarkably cool-headed game. It's an example of Karjakin's fine play in technical position as well as his great set of nerves!

Karjakin as a fighter

The next example shows Karjakin as the fighter that he is. It was played in the 2nd tournament he won on his way to New York; the candidates-tournament in Moscow. Caruana introduces an interesting new idea in the opening to which Karjakin very confidently replies: 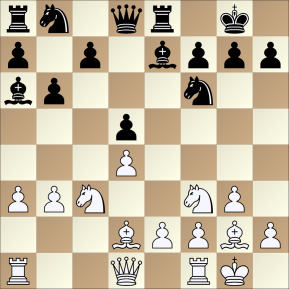 With his last move (11.a3) white is hinting at the idea that after any other move then ...c5, he will play b3-b4. Karjakin indeed played

All played in lightning speed by Caruana. For Karjakin, the game has already 'started' after 11.a3.

The reason why I show this example is for this exact moment in the game. As mentioned, Caruana played all his move without thought, meaning there was some serious computer-analysis backing up his play. In such situations, it can be very hard to play. You are, after all, not playing your opponent, but his home computer. Psychologically that is difficult. Karjakin dug in, started calculating, and came up with a remarkable solution.

For completeness sake, it should be mentioned that 17... d4!? 18.b5 Bc8 is an interesting exchange sacrifice. Taking it will severely weaken the light squares around White's king. 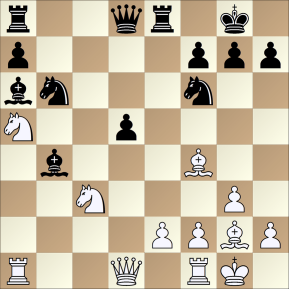 The start of a queen sacrifice.

The dust has cleared and as your computer will tell you, White holds an advantage of around +1.00. In reality, though, as takes place on only one wing, Karjakin has correctly assessed this position as being a fortress. Computers generally have big problems evaluating fortresses and this is no exception. 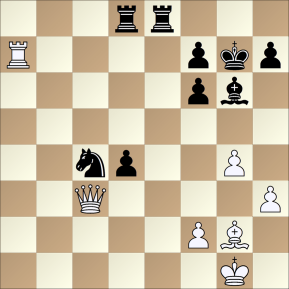 Excellent calculation, the d-pawn will guarantee Black the draw. 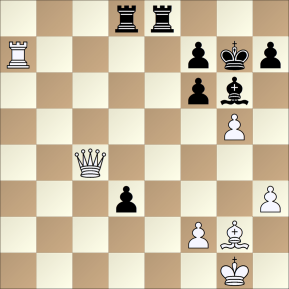 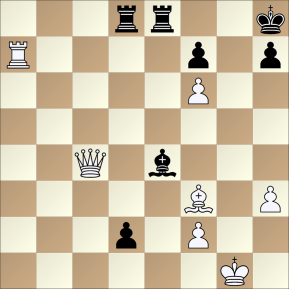 Accuracy until the very end! Instead d1=Q+ 33.Bxd1 Rxd1+ 34.Kh2 doesn't look like a fortress to me. You can try to confirm that for yourself! 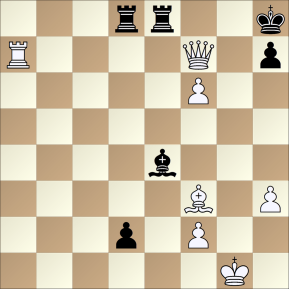 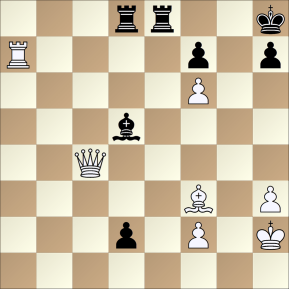 and the players agreed on a draw. I think Karjakin showed excellent calculation and confidence in this game!

Carlsen or Karjakin: who is favorite?

Onwards to the match! First off; how is the track record between these two players? Carlsen is leading 4-1 with 16 draws.

Carlsen rarely engages in opening debates as he prefers to play human vs human to checking who has the better chess computer at home. There is much to say for this strategy when you are the strongest player in the world. His middlegame play is superb and his endgame play, I believe, is a level not previously seen to man.

For Karjakin it will be of the utmost importance to have some smart opening choices. If Sergey can manage to keep the door closed with Black and pressure Magnus with the white pieces, he has chances. Also, his ability to hold on in bad positions will come in handy during the match.

Look, for instance, at the following diagram. 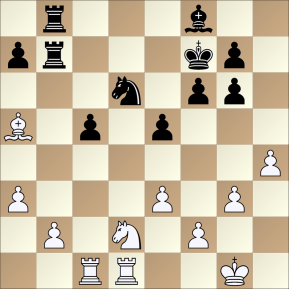 The position up is taken from the game Carlsen-Karjakin, Bilbao 2012. White is a bit better because c5 is somewhat weak, but then again, the b2-pawn also needs protection. Karjakin, perhaps in time trouble, commits a big error.

when White got a typical endgame with good knight vs bad bishop. Most top players would have had a pretty tough time holding this position against Magnus. This, however, is one of Karjakin's strengths, just like against Caruana he dug in and made a remarkable easy draw. See the game viewer to find out how the game continued.

The last time the two players faced each other was in the super tournament in Bilbao. Carlsen drew his black game with Karjakin, and the 2nd game with is seen below.

As usual, Carlsen steers the game away from theoretical waters.

A typical start of a Carlsen game. He has no opening advantage whatsoever but he makes sure that both players are on their own. Initially, Karjakin continues well: 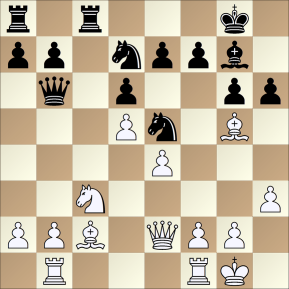 A first step in the wrong direction. Black is slightly better after Ng6! 20.Kh1 Nde5 with total control on the dark squares. One point of this regroup is that 21.f4?! 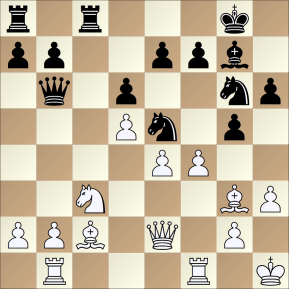 is no longer an effective plan. Black simply plays 21... gxf4 22.Bxf4 Nxf4 23.Rxf4 Bf6 followed by Kh7 and Rg8 when it's actually White who has to be worried about an upcoming attack.

As mentioned earlier 20.Qxa6 bxa6 is a dream endgame for Black. 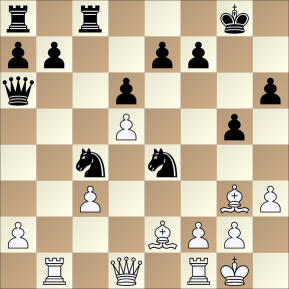 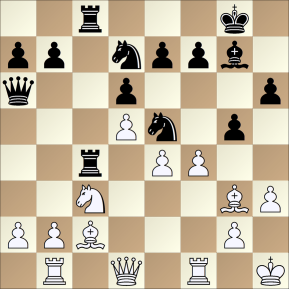 What a difference with the note to Black's 19th move! Here White has gotten f2-f4 in without having to give his black squared bishop. Note how with every next move Carlsen slowly but surely increases his advantage. 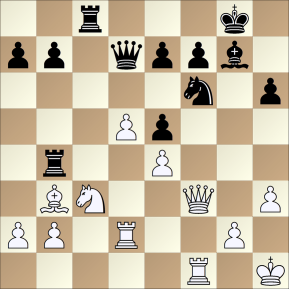 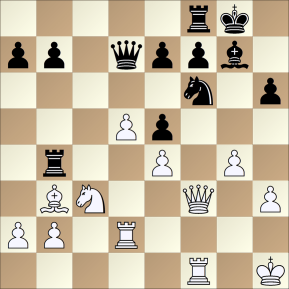 He makes it look easy sometimes!

The pressure on the g-file is about to reach the boiling point, so Karjakin hits the panic button. 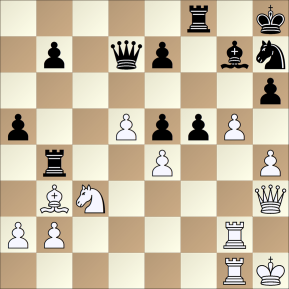 Speeding up the end, but at this point, it was hard to advise anything.

With the crude threat of mate in 1. After the further... 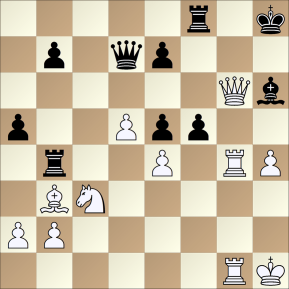 The challenge of a lifetime

For Karjakin this will be the challenge of a lifetime. It's his first world championship match, and rumor has it he has received over 1 million dollars of state support. He is facing a stronger opponent, but as mentioned earlier; with smart opening choices, good form and the ability to grab every chance that comes his way, I think this match is going to be much closer than people think!

3
How to play against Magnus Carlsen?
After winning the London Classic Hikaru Nakamura now heads the cover of the latest issue of New In Chess magazine. Next to his photo one reads 'I do feel that at the mo...
Posted in: Carlsen, Karjakin, Magnus, New York, World Championship

tactician_play 13:00 - 14 Nov 2016
I was able to see the first game in "Game Viewer". However I couldn't figure out how to look at the second game in Game Viewer.
Thank you for the great article.