How to play against Magnus Carlsen? 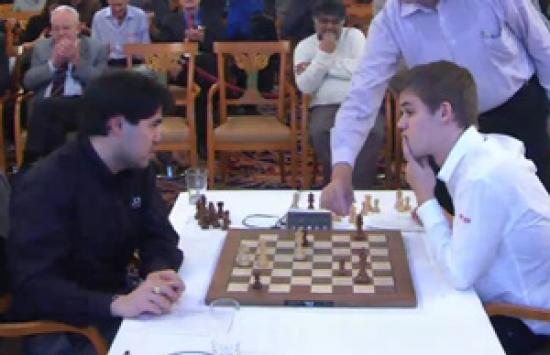 After winning the London Classic Hikaru Nakamura now heads the cover of the latest issue of New In Chess magazine. Next to his photo one reads 'I do feel that at the moment I am the biggest threat to Carlsen'. Quite the statement! In the interview itself Nakamura explained his view in more detail but what struck me most was the fact he felt that compared to fellow top players he can 'deal best with the kind of chess that Carlsen plays'.

In the Sinquefield cup last year, the last time Nakamura and Carlsen met over the board, Nakamura played well and one could even say he had the upper hand though both games were eventually drawn. Just a few days ago the supertournament in Zurich finished. The two met again and once again Hikaru was in full control!

Just like Anand played in game 9 of the World Championship. Though white eventually lost that game, it was surely not because of the opening!

I haven't commented much on the previous moves but here it is time to take stock. The kings have castled in opposite directions and white's plan is clear; he is going to push his g- and h-pawns forward trying to go after the king. Black is arguing that he himself can start an attack against the white king. 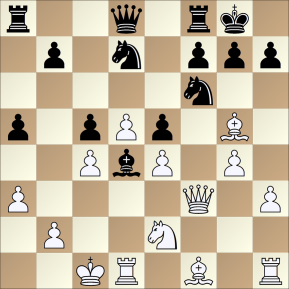 Nowadays, with engines running in the background, it is rather easy to point out tactical errors made by even the best of players. In this position, however, we see Carlsen making a different kind of mistake. Though his last move looks logical -Black wants to bring the rook in the game via a6- it does not meet the demands of the position. I would even go as far as to say it is the decisive mistake. The position is already very sharp and Black's aim should be to get to the king as fast as possible. 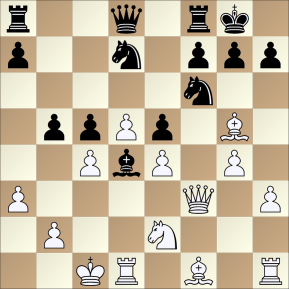 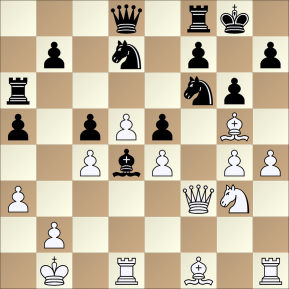 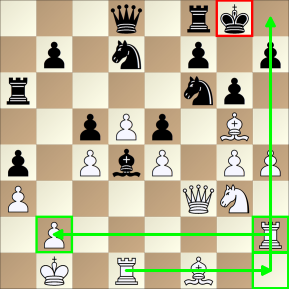 A nice little move. Overprotecting the pawn on b2 as well as preparing to double rooks on the h-file.

As we mentioned before, Black is, in the long run, defenseless on the kingside. His problem is he has not managed to get sufficient counterplay. 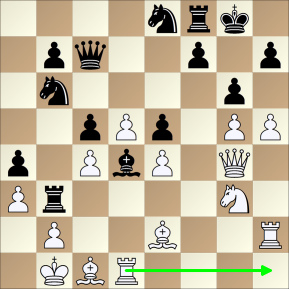 Bringing the knight in with tempo, Ne7+ is a threat.

Now Black has to reckon with Rh6 trapping the queen. 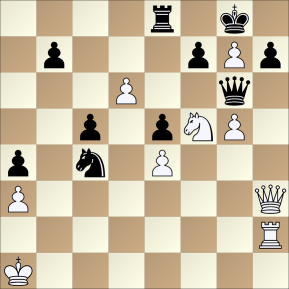 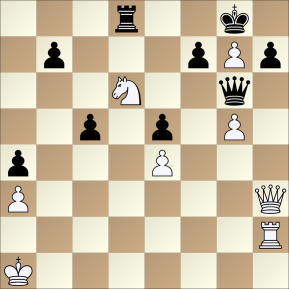 It is not entirely clear to me what Nakamura missed but obviously Black is now back in the game. 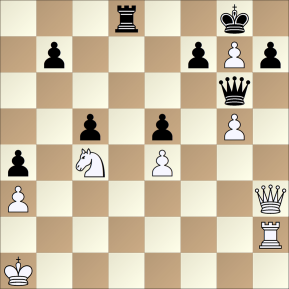 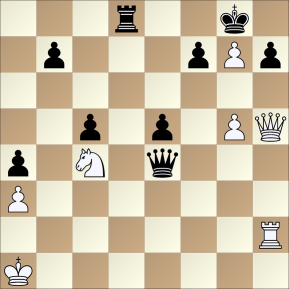 White resigned. A game that will leave both players with plenty of questions to think about! Just as in his game against Anand, Carlsen played strategically risky, got a lost position, survived and even won the game! For Nakamura the result must have been extremely dissapointing but he did show he can outplay Carlsen when he gets a dynamic position on the board.

- You can find the game Anand-Carlsen here!

- Replay the games between Nakamura and Carlsen from the Sinquefield cup

2
Carlsen or Karjakin: who wins the World Championship 2016?
Yesterday I visited the Max Euwe Centre in Amsterdam in order to give a lecture on the upcoming World Championship match between Magnus Carlsen and challenger Sergey Karj...
by Erwin on May 2, 2014

2
Magnus strikes again: Part 1
In my upcoming blogs I am going to be analyzing yet another great tournament victory of World Champion Magnus Carlsen. What made his victory in the Gashimov Memorial even...
Posted in: 4.f3-Nimzo, Magnus, Nakamura, Opposite Castled Kings, Zurich 2014