It's nice when you can capture a piece. But if you lose a piece yourself after that, it's less fun. Sometimes you can play a smart move to save your own piece and also capture a piece of the other player. You have praticed that in previous lessons.

In this lesson, things are different. There are only two possibilities:

Take a look at the example.

White knows that his queen cannot be saved anymore. He uses the queen for a final desperate attack. She captures a piece AND checks the king in one move. White loses the queen, but the move has earned him points! Moreover, Black does not have time to get his threatened piece into safety. 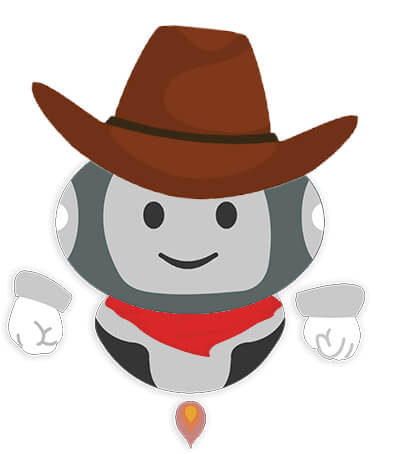 Chess fact
The idea to grab as much material as possible with a piece that you lose anyway, is called a desperado in chess. The piece behaves just as wildly as a desperate cowbow in the Wild West, who has nothing more to lose.

Use an attacked piece to capture with check.
Next, take the unprotected/valuable enemy piece.