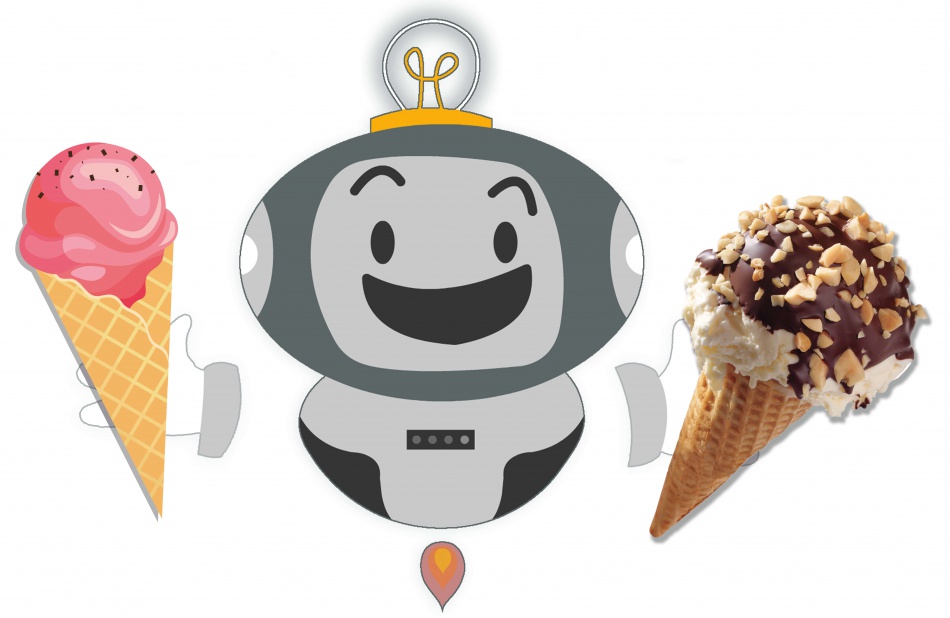 Fancy an ice cream? Chessto has one for you. Two even! If you have the choice, which one do you choose? Do you go for the ice cream drawing (left) or do you choose the real ice cream (right)? The second one, isn't it?

Something similar happens in this lesson. Except that it's not about ice cream, but about double attacks.

There are always two possibilities: one is the right solution, the other is a pitfall. In the double attack pitfall, the opponent can defend both pieces in one move. For example, by moving away, protecting, capturing or blocking.

Take a look at the example.
This is a double attack that is of no use.

The correct double attack is sometimes a bit harder to find. But when you play it, the opponent can only save one piece.
Gotcha! Next, you capture the other piece.

To avoid falling into pitfalls, ask yourself these questions:

Yes: Whoops, you almost fell into the pitfall. Look further
No: Gotcha! Er.... Are you certain? Go to 3

Find the other double attack as well.
Is this indeed a save double attack? Then your answer is correct: make the move.

Win material with a double attack. Make sure the other player can't defend both of his pieces.