Who Won Recently? Wesley won So much!

On October 9th-13th, the most glamorous and arguably the strongest high-stake chess open in the world took place in Las Vegas, Nevada, USA. The Millionaire Chess(MC) Open has a total prize fund of a million dollars drawing a total of 550 players from all over the world. Among the strong titled players were 34 GMs, 3 of whom were 2700 players. 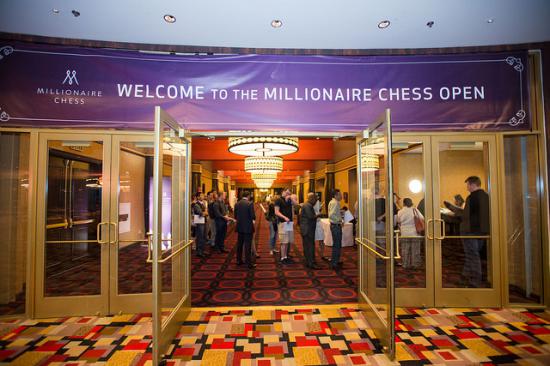 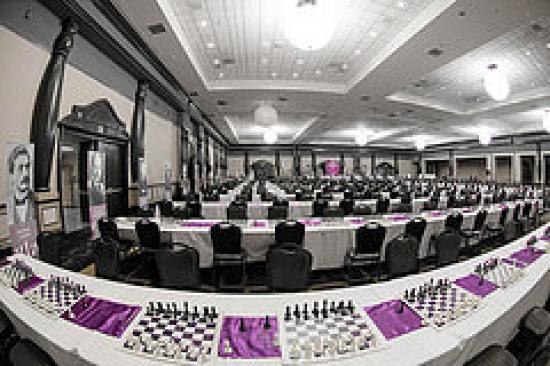 The Millionaire Chess(MC) Open tournament was as eventful as it was competitive. It started with players receiving the MC "Goodie Bag" after registration, followed by a "Welcome Breakfast" and a short comedy show the next morning! Another notable & unique perk the players received during the event was free massages at the VIP room. 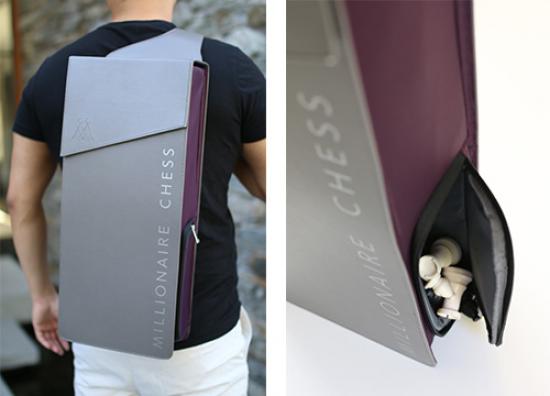 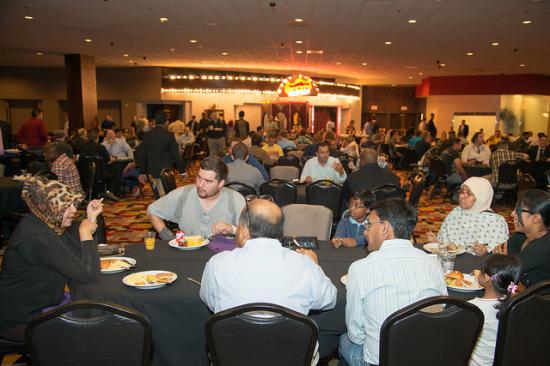 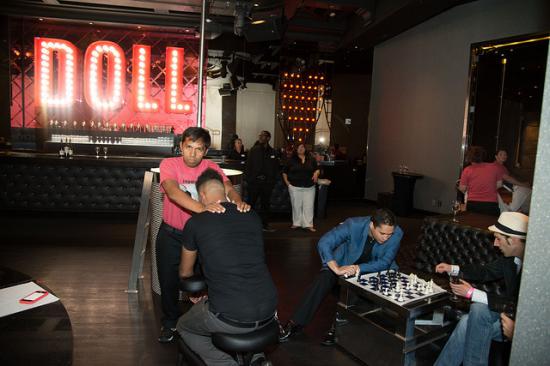 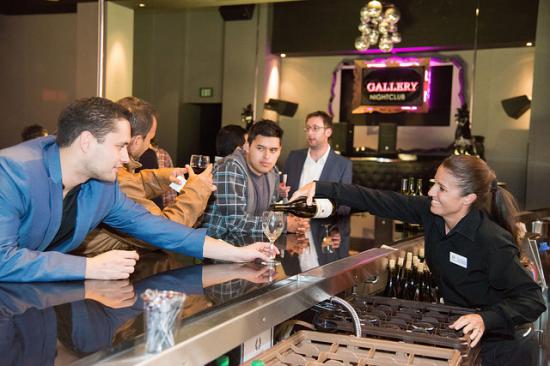 After a bit enjoyment, the intense play and preparation ensued for the players while their families, friends and fans awaited and followed the entertaining & instructive media coverage of each round. 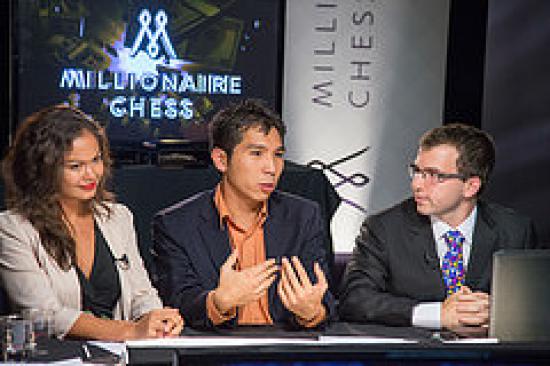 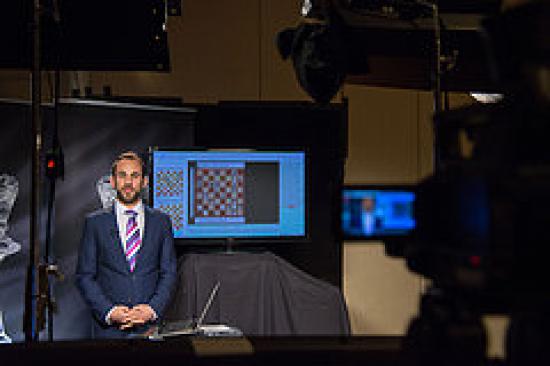 As a serious participant of this event, I'd like share with you what I believe is one of the critical wins, if not the most important one, by the winner of the event: #2-ranked player of the USA Wesley So. 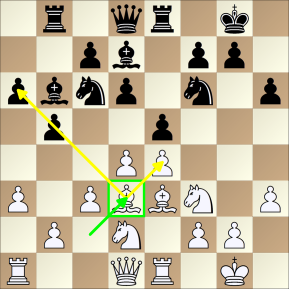 White already has a better position. White can afford to slowly improve his pieces owing to his better central control and space advantage.

14... Qc8 15.b4 gaining more space on the queenside and squashing any counterplay Black could come up on that side. 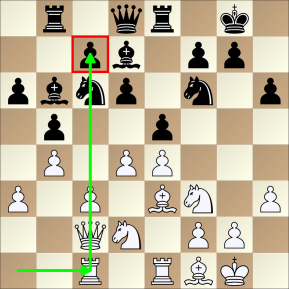 18... d5? Black got impatient. This is the very move that White is prepared to meet after Rac1 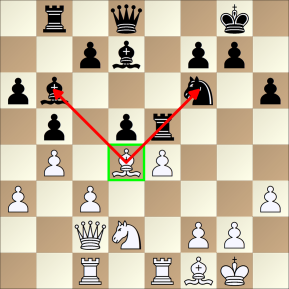 the point. Now Black cannot trade off White's powerful centralized B because it'll open up the Q+R battery on the c-file.

Black tries to drum up some counterplay against the White king. Unfortunately, such attacks almost always do not work because White is strategically better and has enough resources to defend his king.

Wesley thinks about his next move as MC Organizer GM Maurice Ashley watches the game.

Materially, White has 2 minor pieces and a rook for a Q and a pawn. Positionally, White has a passed e-pawn and better placed pieces. Therefore, we can say that White is almost winning.

29.Bxb6 cxb6 and the rest was a matter of smooth GM technique.

releasing the e8-R's assassin and safeguarding the king from any future checks on the kingside. 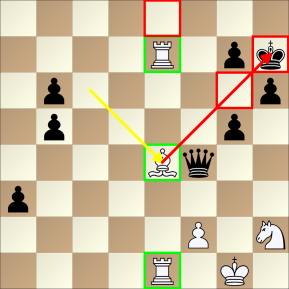 and Black resigned as mate is coming soon e.g.

With this win, Wesley automatically qualified for "Millionaire Monday," which was a rapidplay K.O. event among four players on the last day. During the interview, Wesley expressed his plan to push for a win in this round in order to avoid the playoffs involving other strong GMs which could prove draining in the end. Consequently this win also pushed him in the World's live Top Ten ranking list.

Overall, Wesley's great preparation, high energy-reserves, and will to win carried him through from the 1st round til the last game that won him the Final Four event. Congratulations to the well-deserving winner of the 1st Millionaire Chess Open and current #10 ranked player in the world! 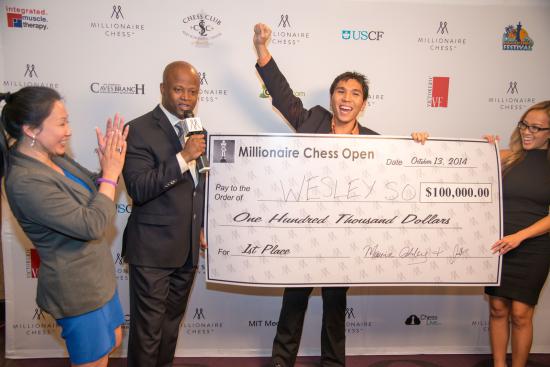 All photos by Billy Johnson.

Inopov 03:59 - 21 Oct 2014
I'm sure there will be, but what is certain is that an event structure of "high-stakes+everyone pays an entry fee" works!
Another nice part about the MC experience is that you get to watch and meet various Masters and the world's top players.

Anyway, I hope you learned something from the game annotations while also get a feel of how unique this event is :)