The Importance of Endgames Knowledge

So far the focus on Chessity has been primarily on tactics; and rightly so! Judit Polgar's statement that chess is 99% tactics contains a lot of truth. Still, when your level is rising, and so is the level of your opponents, you will find that the importance of middlegame and endgame knowledge increases dramatically.

This blogpost will be about the endgame. When I play chess tournaments I often like to take a look at the various book stands on site. The first thing that strikes me is that most books deal with the subject of chess openings. The section of endgame-books is usually small, to non-existent. This is, of course, a matter of demand.

Amateurs like to buy opening books, as it often garantuees -short-term- success. As a result, a huge descripancy manifests itself in the level of opening and endgame play.

Here on Chessity we like to try and bring the balance back between the two and that's why I have created a new Endgame course. It is a work in progress but for the moment you will find over 600 theoretical endgames that are absolutely essential for any tournament player. I'm confident that going through all the endgame positions available will bring you much more then simply learning opening lines by hard. That is a promise!

You can look at the video or read through the examples below.

In 2009 the European Team Championship took place in Novi Sad and in the 6th round I reached the following position with White. 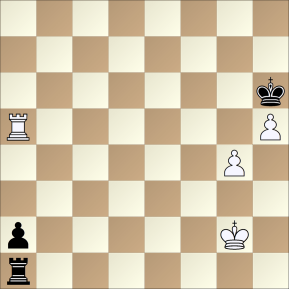 I had been pressing throughout the game but to no avail. Here I was expecting the game to end peacefully with1...Rb1 2.Rxa2 Kg5 which is a theoretically drawn position. Despite being two pawns up White is unable to make progress. For instance 3.Ra4 Rb3 and there is no way forward. After the game continuation Black get's no second chance to block the pawns. 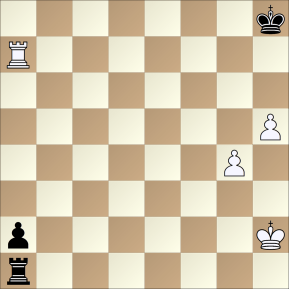 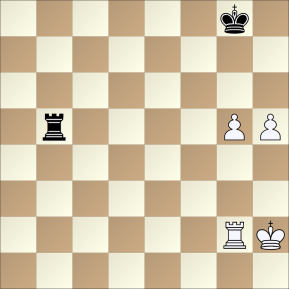 Black resigned shortly afterwards. My point in giving this example is the vital importance of good endgame knowledge - and the ability to put it in practice!

In doing some research for the new endgame course I got surprised all the time, for instance, I knew that opposite-coloured bishop endgames had a large drawing tendency but I had never seen the following position: 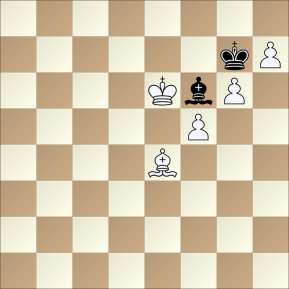 Black is to move, how would you play? Not sure about the answer, or interested to see more? You can start your endgame training now by clicking on the icon!

5
Studies revealed!
For quite some time now, experienced players have a real challenge here at Chessity: Afek's Endgame Studies. International Master Yochanan Afek is one of the World's lead...

cynthia 03:13 - 4 Oct 2014
Thank you, Thank you, Thank you!! Chessity is becoming the perfect chess site for the serious chess student!
I just tried the new endgame feature and it is really great, I love it.
If I can suggest something, would it be possible to differentiate the "endgame rating" from the "tactics rating" ?

Paul van der Klein 11:24 - 5 Oct 2014
Nice section indeed! I like the idea of cynthia with the two seperate ratings (tactics and endgame)

cynthia 01:51 - 6 Oct 2014
Well, my idea is based on ChessTempo, also the owner of the site, quite stubborn math guy, separated the ratings, because there was no way to measure the improvement of a player precisely, if the two were together.
However, I really love Chessity, because the folks here are dynamic, they are always creating something new! And I already played some, and it is really amazing, thanks!