The tactics that was never there!

There have been cases on missed tactics, but here's a new case of missed tactics from a transmission error. We are sharing the article in the hope that the lessons are not lost.

The scene was the first round of the prestigeous Chess olympiad at Tromso, Norway. Our Chessity staffs were combing through the games of top players to find out the tactics that they may have missed. To our surprise, the first board of the Indian contingent had some minor surprises. We went for it!

It was Indian Grandmaster Parimarjan Negi's game against Syrian player Iyti, Basher. We had the following article written just as the live transmission was going on. We did publish the article for 5 long minutes, until we realized that there was a transmission error in the live game. The Indian coach Grand Master R.B. Ramesh himself verified that the game broadcasted was a part of the players analysis. Looks like the players agreed to a draw a few moves earlier, and analyzed the position over the DGT board.

How often do we get into an advantageous position against a good player, but mess up and feel terrible for a long long time?

It's the worst feeling in the world, right?

It might seem like our opponent got lucky, but more often that not, there are much more coherent explanations. For example, we might start being a little less attentive once we've achieved a clear advantage, or somehow we just staop calculating as well as we did previously. There could be any number of explanations.

The remedy for this, as with most other aspects is to especially train in this skill. With this in mind, let's explore some of the tactical exercises from the ongoing Tromso Chess olympiad and focus on improving our calculation skill. The task is not just to find the right idea, but to calculate till the end. So, after training and specialising in this skill, the next time you've a won position, all you need to do is, tell yourself it's just another tacticsfromtromso puzzle and coast your way to victory. 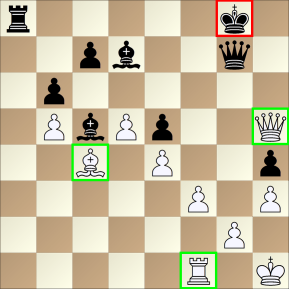 White to play, go ahead and calculate as deep as you can 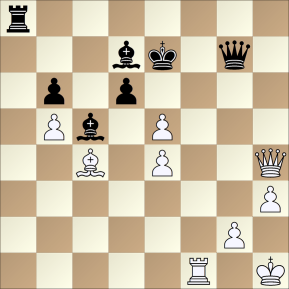 taking the d8 square away from the king 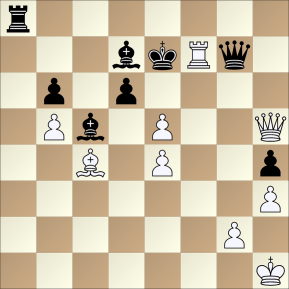 In the actual game, a draw was agreed much earlier, and the game above occured only in the analysis after the game!