The Other Winner: Part 1

In the recent super-tournament in Azerbaijan, 2014 Gashimov Memorial, everyone knows that Magnus was victorious. That is in the A event. In my upcoming blogs, I will be writing about the winner of the B event: Ukranian GM Pavel Eljanov, who performed at an impressive 2775 playing level in an event that fielded four 2700s and the reigning European Champion.

The game I will examine today is arguably the most critical round of the event in which Pavel faced France's top GM Etienne Bacrot who is ahead of him by a full point, and had been leading the event up to now.

this is the modern line in the Moscow variation of the Semi-Slav system.

9.O-O O-O 10.e4 Nd7!? an interesting pawn sac move. The development of this game will show that it's worth giving up a pawn to open up lines for the Black bishops, and to create targets of attack! 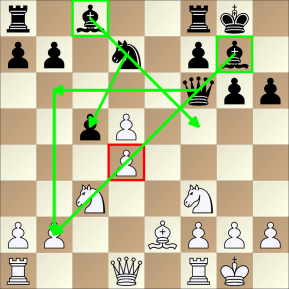 13.Ne4 Maybe more testing was 13.dxc5 Nxc5 14.Rc1 Qb6 15.b3 Bf5 but Black still gets good compensation due to his active bishops and the d-pawn remains under full control.)

We know that the French GM had been under pressure, and here he cracks. 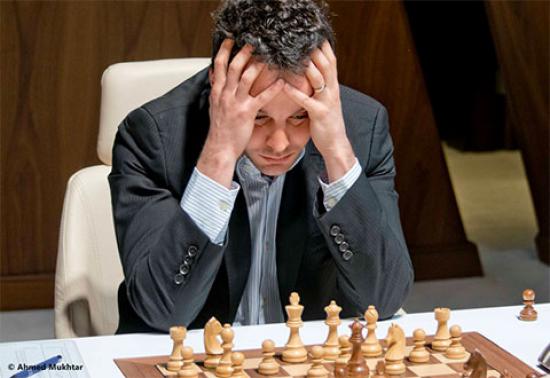 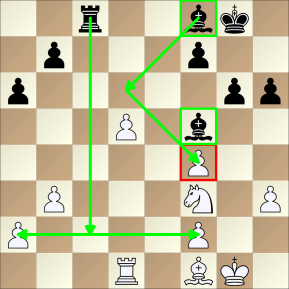 Black threatens to target White's weak pawn on f4 via d6. As we've seen from the 2nd Weak Pawn article, weak pawns has a long-term nature and therefore one must carefully ascertain there is a good reason for creating such a weakness in one's camp.

The direct invasion of the 7th rank doesn't give Black anything due to Rc2 28.d6! which may possibly be what Bacrot was hoping for28... Bd7 29.Ne5 and White is suddenly better, if not winning.

now Black easily picks up the pawn, and will enjoy an edge owing to his bishop pair and White's weak kingside pawns. 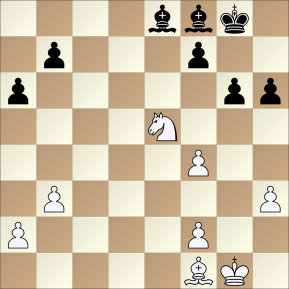 Avoiding the exchange of one of his bishops, because the bishop pair is superior over a bishop and a knight in general as is the case after 31...Be6 32.Bc4.

White may have been successful at trading off one of them, but Black can transition into a favorable minor piece ending. 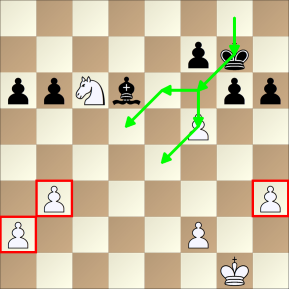 Black quickly activates a "powerful piece" in the ending!

35...gxf5? being materialistic is a positional mistake because the extra pawn will never become a passed pawn.

White is in zugzwang-- White will either have to allow Black to create a passed pawn o the kingside or let his king attack the white pawns on the queenside. 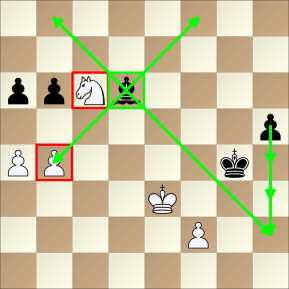 41... Ke5 42.Nc2 Bc7 43.Ke3 Kd5 44.Kd3 stubbornly boxing out Black's king. Now observe how Black once again employs the idea of zugzwang with the help of his superior minor piece. 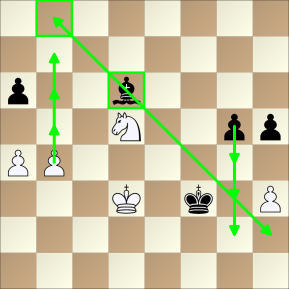 the last important move in this ending, as it controls the enemy b-pawn's queening square and supports the g-pawns advance.

A very well-played game by Pavel who posed problems for his opponent starting from the opening, sustained pressure in the middlegame, and skillfully handling a slightly better minor piece endgame. 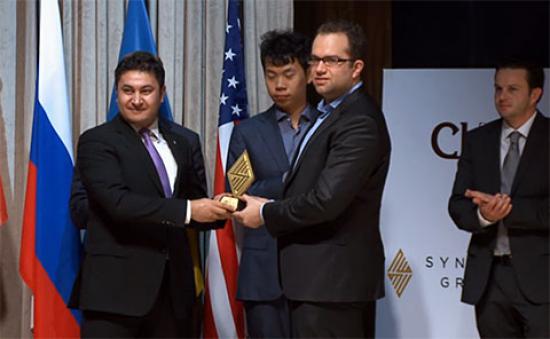