Previously in Tactical Game Highlights (TGH), I showed my game against Premkumar in which I successfully utilized my development advantage by creating threats and preparing a tactical shot that entailed a pin and double attack. Then in the other game versus Sanchez, I effectively made the most of my better piece placement and control of the center by opening lines of attack with d4-d5!

In this episode, I'll show my other games from the same FIDE weekend event which feature positional factors of king safety, weak squares and weak pawns. 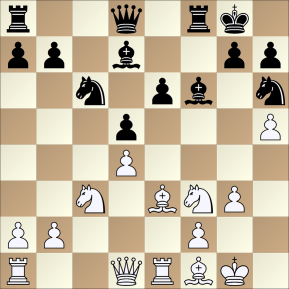 In this rich and comlplex middlegame, White had just played his bishop to f1, aiming to target my backward e6 pawn via h3. Therefore, I quickly created pressure on his weak pawn on h5 with: 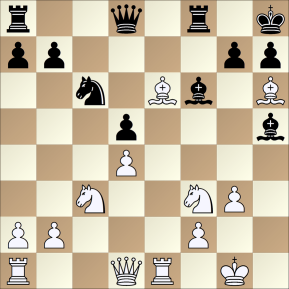 In my calculations I spotted the counter-attacking capture 4... Nxd4!? (4... gxh6 transposes to the game) 5.g4 (if 5.Bxd5 gxh6 Black has a strong initiative and very well-placed pieces in an open game.) 5... Nxf3+ 6.Qxf3 gxh6 7.gxh5 Bd4 ~~ and although it wasn't entirely sure about the correct assessment of the arising situation, I felt that I wasn't risking anything and White has to be more careful due to his exposed king.

2... gxh6 3.Bh3 Here, my opponent overestimated his position, and thought that he could safely take my pawn and play actively.

If he had sensed the impending danger around his kingside, he would've found the more prudent 3.Rxe6 Bxh5 4.Be2 Bg4 5.Re3 restraining Black's kingside pressure to a minimum with hopes of eventually neutralizing it.

3... Bxh5 4.Bxe6+ Kh8 5.g4 My opponent was counting on this defensive cover against the unpleasant pin along h5-d1 diagonal. 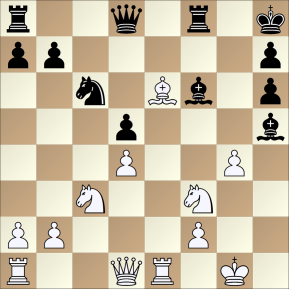 Unfortunately for him, my well placed pieces, open lines & his slightly unsafe king are factors that allow me to stage an ambush...

5... Bxg4! a tactical strike characterized by motifs of destruction and the pin 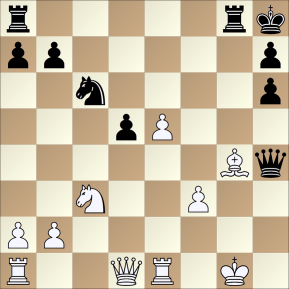 9... Raf8! The beginning of a nice tactical sequence. It always helps to bring more pieces to the attack which makes tactical exectutions more powerful and destructive. Like I've shared before from training here, "No mercy, only accuracy!" 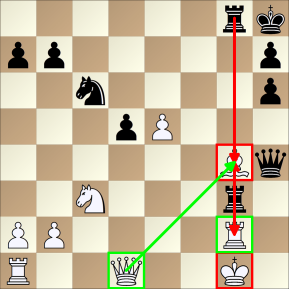 The key move in the line which I had to foresee before playing the 24th move. By playing this I remove the most important defender of his king and also of his blockade on g4 (removing the defender). 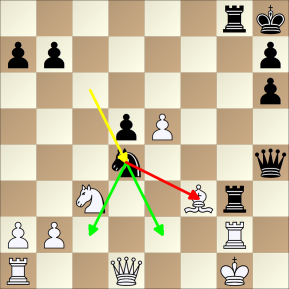 Another important move, but one that is easier to find because it brings another piece to the attack with tempo, which also happens to be a centralizing move! This motif can classified as a zwischenzug because it is played before engaging in a forcing move on g2. 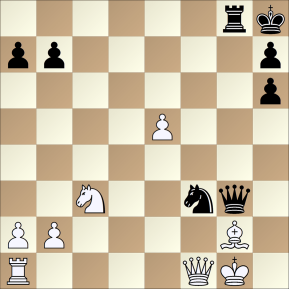 The next game came from an imbalanced opening which led to a situation in which I have the bishop pair while he has a pawn but a king that's stuck in the middle. 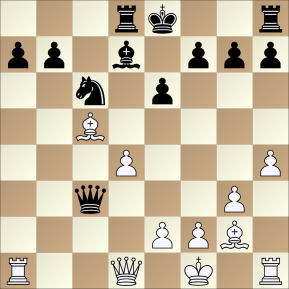 Black had just developed his rook to d8 with the idea to put pressure on d4, or take advantage of the pin on my queen with e6-e5 break. Therefore, I came up with a counter-attacking idea that also helps improve the harmony of my whole army.

1.g4! bringing my other rook to play and create threat against his lonesome queen on the other side of the board 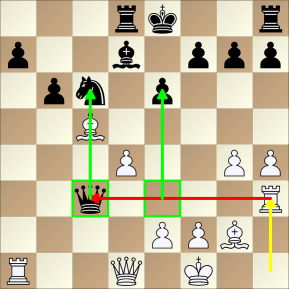 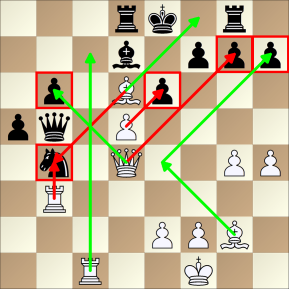 And all of my pieces actively pressuring Black's position across the whole board!

5.Rhc3 preventing the knight from going to c4 and his bishop to c6 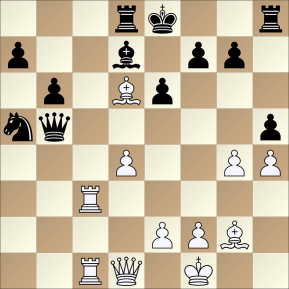 Attempting to create counterplay on the kingside, but this only betrays him because it creates more weak squares around his king. 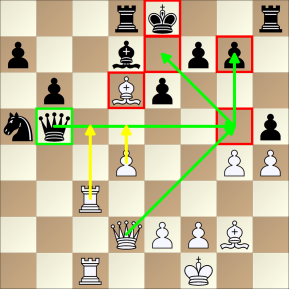 In order to develop an initiative one must create threats. Here, my idea is attack his weak dark squares on the kingside and mate his king on e7! My threat is to interfere his queen with either Rc3-c5 or d4-d5 to allow my queen to land on g5 (interference).

6.Qc2 simply eyeing the weak g6 square, which is similar to a puzzle I solved here during my training a few weeks before the tournament. 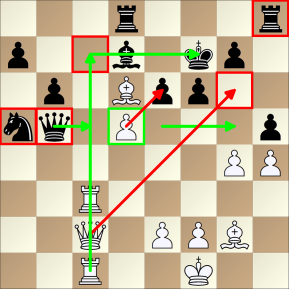 Weakening more squares around his king, and splitting the Black army into two. 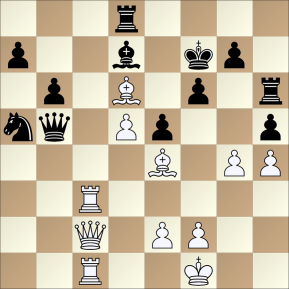 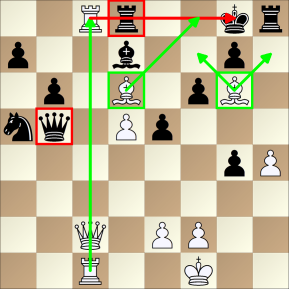 Exploiting the weak back rank similar to puzzle# 24842! After realizing that there's no preventing mate, Black resigned.

Hope you enjoyed seeing more connections between the positional factors and tactical motifs! Stay tune for the next episode!