In concurrence with my exploration on positional play, I would like to share tactical highlights from my recent games and other recent tournaments.
To offer something unique in presenting tactical positions, I will start them off a few moves before the tactical shot arises so that you will see how and when they come about. Another reason I’d like to do it this way is for you to see how positional factors pave the way for tactical opportunities.

For this week, I’ll present a smorgasbord of tactical motifs from my games at a FIDE tournament I played last weekend (http://ratings.fide.com/tournament_report.phtml?event16=92885). 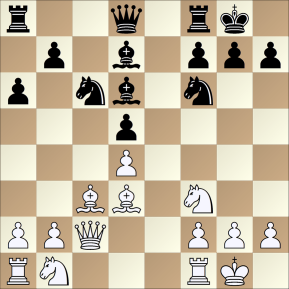 Black is ahead in development and better piece placement; therefore, I need to make threats or start an attack somewhere to make the most of these advantages.

12...Rc8 stopping the natural developing move Nbd2 at the moment by creating a pin threat on the enemy queen. 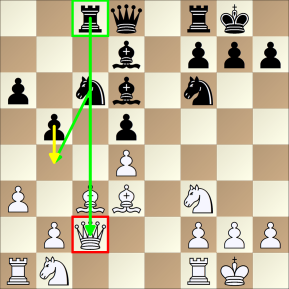 Not just gaining space, but also renewing the previous threat

14.b4?! there's really no good way to stop Black from increasing his initiative 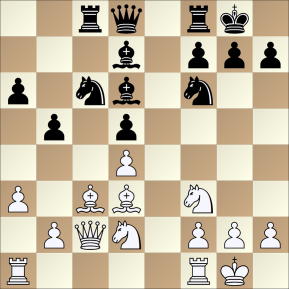 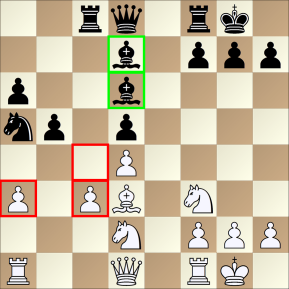 15.Nbd2? White successfully completes his development, but misses my idea... 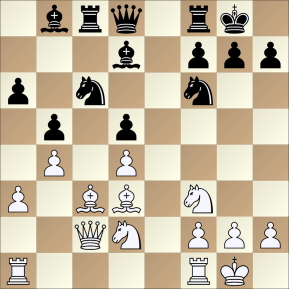 15... Nxd4! a tactical shot characterized by the pin and deflection motifs 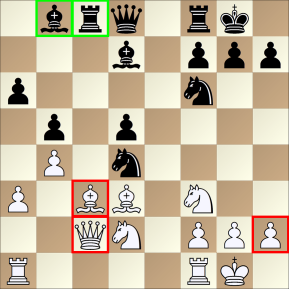 Before continuing the game, I'd like to share what White expected and calculated: the direct 15... Qc7 whose threats can be adequately met by 16.Rfc1 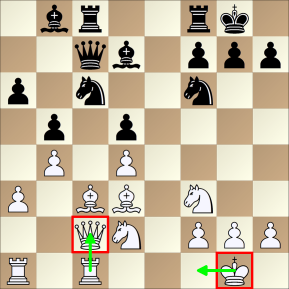 White simultaneously covers any possible mate threat on h2 and tactic exploiting the weak position of the queen on c2. 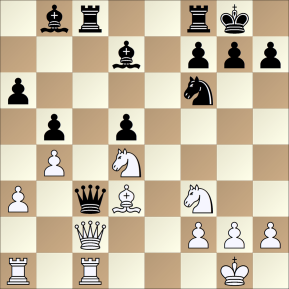 18... Qxa1! the last important tactic, which allows me to obtain active squares for my pieces, especially my rook. 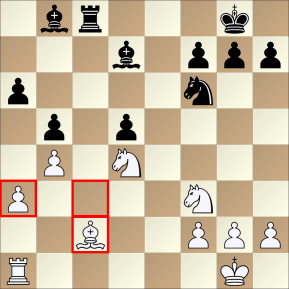 Now the invasion of my rook on c3 is inevitable 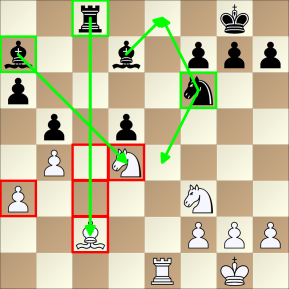 I successfully increased my advantage and eventually won a few moves later.

Here is another game in which I was able to use tactical motifs based on positional advantages. 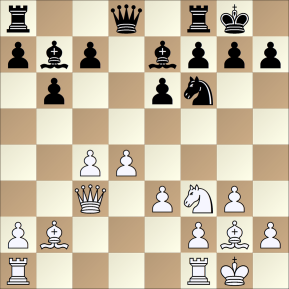 Here, I think Black should've occupied the central e4-square with either his knight or bishop to organize some counterplay. Instead, my opponent waited another moment:

13...a5?! During the game I was suspiscious of this move because it doesn't really improve Black's position. I have better placed pieces and better central control so tried to find a way take advantage of these factors before Black improves his pieces 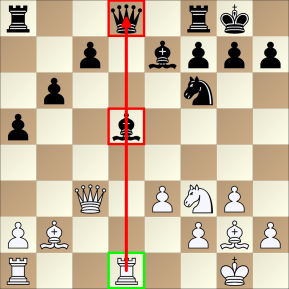 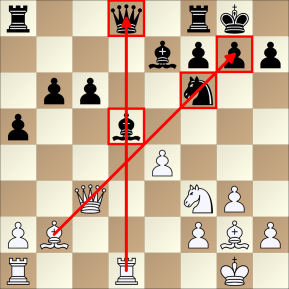 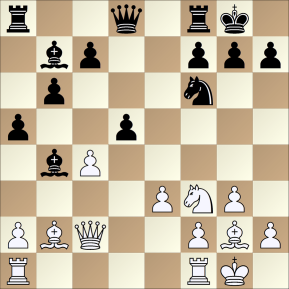 How should White continue?

16.Ng5!? was also attractive during the game, but concrete analysis shows that it's not the best way to continue 16.. Ne4! blocking my lines of attack.

Therefore, I played the simple yet strong 16. cxd5!

If 16... Qxd5 it's important to use eliminate a defender (elimination of defender) with 17.Bxf6! before executing the skewer 17... gxf6 6.Nh4, because if I execute the skewer tactic right away 16.Nh4? Ne4! Black blocks the h1-a8 diagonal and escapes! 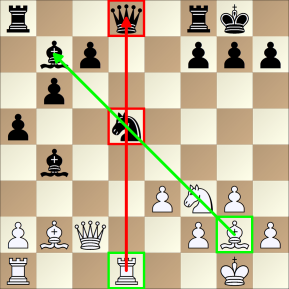 The power of the pins!

During the game I was expecting the more resistant 17... Qe7 but I still get overwhelming pressure after 18.Nd4! 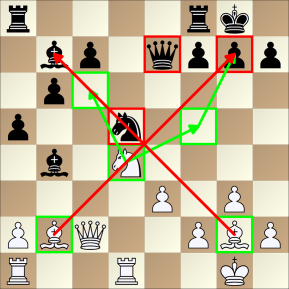 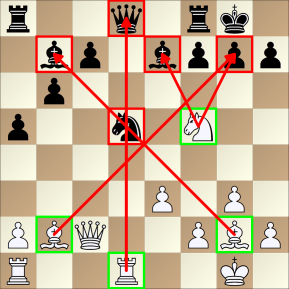 The strong placement of my pieces over his exposed pieces and weakness on g7 give White a decisive advantage.

Not 21.Bxf6?? due to 22... Qxf6 allowing Black to escape because 23. Rxd5 will hang the rook on a1! Another lesson here is that one has to keep calculating carefully til the opponent actually resigns :D

21... Bxb2 22.Qxb2 there's no way for him to avoid losing a piece and obtain any compensation for it, so he resigned.

I hope you were entertained by the first episode. Stay tune for more highlights from my other two games next week!

cynthia 17:27 - 20 Apr 2014
Thanks for these great examples. However, I'd like to ask you one thing. GM Alterman (known for his gambit books and videos) said that Kasparov watched his games, and told him to practice more bold openings. Now, what is your opinion about this: do the tactics spring from the skill of the player, or they spring from some bold openings? Because maybe (just making a silly example) in a Russian Defence is more difficult to find a tactic, compared to some sharp lines of the Sicilian?

Inopov 17:55 - 22 Apr 2014
This is a broad topic, and I believe you're asking about two different questions. Tactical situations can arise in different ways and usually after either one (or both!) of the players make an inaccurate/bad move. To find a tactic and combination in a given moment and to execute it well is a skill.
Bold openings do help in obtaining complicated and tactical positions, but it is not a guarantee that the tactical positions arising from them will always work out in our favor because they are usually risky.

In other words, it is important to train and develop our tactical skills (feeling and vision) in order to make the most of our opportunities during a game and using bold openings increase the chances to obtain tactical positions, to cause opponents to make a mistake, and use our tactical skills to take advantage of them.