Last month, I ended with examining the third element of good positional play: good and bad squares. This week I would like to show how to effectively make the most of good squares for one's pieces, in the context of all three elements we have examined thus far. In addition, here are two True or False questions I would like you to consider:

T/F?: "Having a piece on a stronger/better square always means a superior/better position."

T/F?: "To obtain a good position, one should never give up control of weak squares to an enemy piece."

I will reveal the answers to these questions through another positional game from the recent European Individual Championship. As you go through the game, also pay attention to which squares both sides direct their pieces towards, particularly the knights and rooks.

a closed, yet complex middlegame position has arisen from the English Opening. 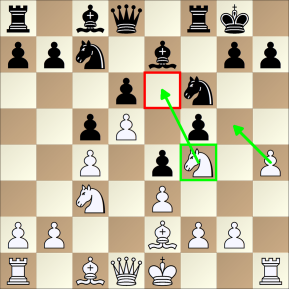 White secures the f4 square as an outpost for his knight, where it eyes a potential strong square on e6. 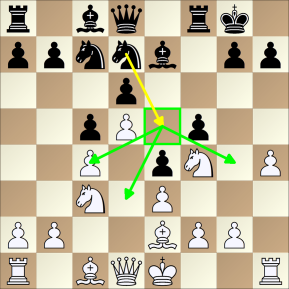 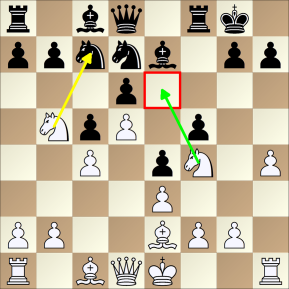 Taking out one of the defenders of the e6 square

13.Nxc7 Qxc7 after some forcing play, both sides continue with development and improving their pieces.

15.g3?! is inaccurate and less desirable 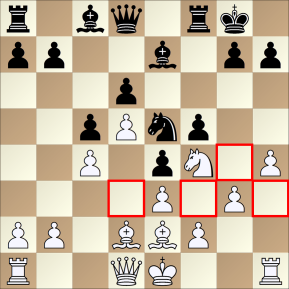 because it only creates weak squares (or strong squares for Black) around the kingside especially f3, once the light-squared bishops get exchanged.

17... Rb8 but Black will eventually make it happen

18.a4 preventing any future queenside break with b7-b5 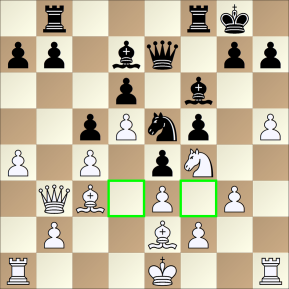 It was better to refrain any kingside weakening with castling or 19.Kf1 Nf7 20.Bxf6 Qxf6 21.Rh3!? 21... Ne5 22.Kg1 = keeping a solid position. Here, White only has one potential weak square to take care of and his h3-rook will act as a defender to any kingside play Black will make in the future.

21.Bxf6 leads to equal play Qxf6 22.Kg2 Ne5 23.Qc3 a5 preventing b4 and achieving an almost deadlock position. Both sides cannot make much progress but who knows, Black may be able to make something work on the kingside later...

21... Be5 22.Qc2 Qf6 the position is still equal, but in the following moves White provokes Black to change the nature of the game

23.a5 b5! a somewhat difficult decision to make during the game because Black will be forced to give up his light-squared B which will cause e6 to become a "weak square." While it will also give White weak squares on f3 and d3, White's knight is more ready to jump on e6. But as we will see later on it's not necessarily always bad to give our opponent control of our "weak" squares...

24.cxb5 Bxb5 25.Ra3?! this is actually a bad move, because it leaves the rook passively placed soon as the position opens up--a3 is a bad square for the rook!

25...Bxe2 26.Qxe2 Bxc3 27.bxc3 after the exchanges, the situation clarifies and Black's next move will set the tone for the rest of the game 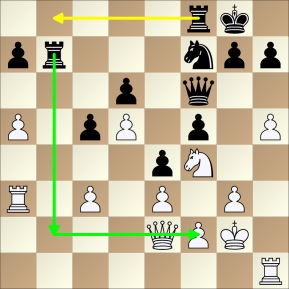 Taking over the initiative because White cannot stop Black's plan to conquer the b-file and invade via his 7th or 8th rank. "Double the rooks, double the power!" 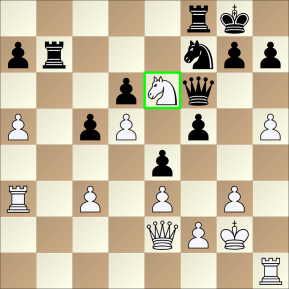 White's knight has a strong on e6, but he doesn't have a clear way to use it to his advantage. 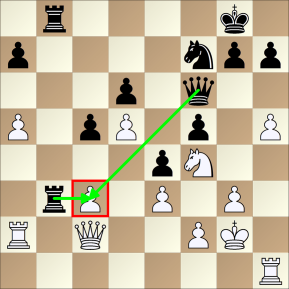 Black is better because it's easy for him to pressure targets on White's position and White actually has to retreat with 30.Ne2 to avoid losing material, but after Ne5 -/+ Black's pieces are much better placed.

28... Rfb8 29.Qa6 creating some counterplay and keeping Black's rook tied down to a7-pawn 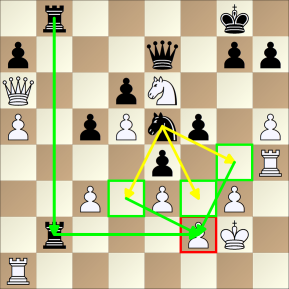 Heading to the strong squares g4, f3 or d3, and create mating threats with the rooks! This line underlines the disparity between the effectiveness of the Black and White knight. Even though White's knight is deeper in the the enemy camp, Black is better because he can use his central knight and his strong squares to attack White's king. 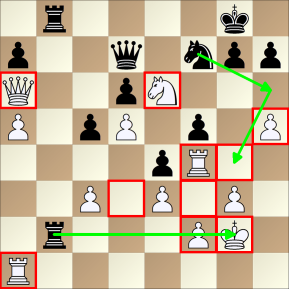 White now has not only defended his weak f2 pawn but also created pressure on Black's f5 pawn. Unfortunately, it's still somewhat difficult to play White not only due to his more weak squares, but also a weak king and uncoordinated pieces. 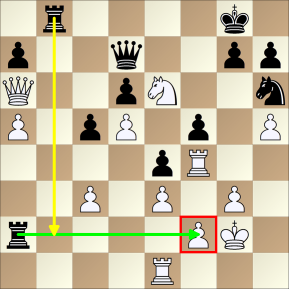 Planning to double up horizontally.

It was actually better to improve the placement of the queen, to prevent any counter-ideas from White: 33... Qe7 34.Kg1 Rc2

35... Rab2! kicking out White's active and annoying queen, that gives White some counterplay. 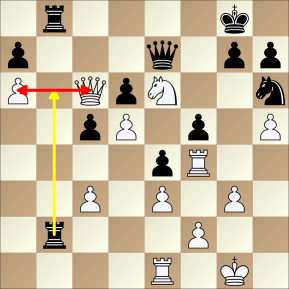 36... R2b6 37.Qa4 Qf7 Now Black starts to gradually improve his pieces and subjects White to passive defending of his weaknesses

38.Kg2 Rb2! placing it back to its active b2-square and instantly threatening Ng4, now that f7 is defended 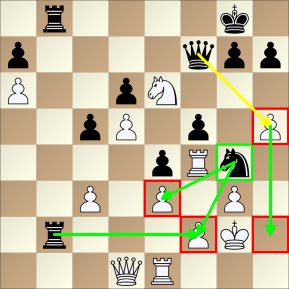 Finally, the Black's knight takes hold of a strong square, and to great effect because it works well with the rest of Black's pieces. 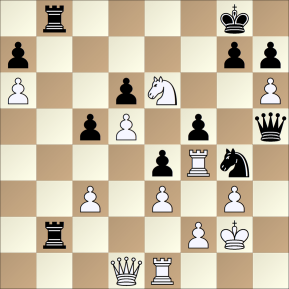 White is forced to give up material to avoid mate

Therefore, the answer to both questions is False! So be warned, having a piece on a strong square does not equate to a better position! It follows that one can obtain a better position while allowing an enemy piece to take hold of a weak square, so long as the enemy does not obtain anything more than a well-placed piece.

To obtain the advantage with a piece on a "good square," one has to use it with the rest of the army to execute a plan, say attacking the enemy king, putting pressure on a weak pawn, etc. Essentially, obtaining a "good" square for one's piece is not an end in itself, but a means to an end.