Last week, I prepared for an open tournament over this past weekend: 2014 Lone Star Open FIDE event. Part of my preparation consisted of tuning up my calculation skills and combinational vision at Chessity. I even set up on a real board and re-solved positions that I missed in the games that I played because I believe that getting new ideas matters more than always getting things right. The game I'm about to show occurred in the 3rd round of the event. I came from an exhausting 2nd round in which I successfully squeezed a win from a minor-piece ending for roughly 4.5 hours.

Needless to say, I didn't have time to prepare and fully rest for this game so decided to rely on my intuition and steer the game in which he has to calculate more accurately. I chose this game for its decision-making lessons and tactically entertaining moments. I hope that you will learn from my comments as much as you enjoy seeing the tactical skirmish in the end.

the Catalan Opening is used by many strong players to safely and solidly play for a slight but long-term pressure or edge. 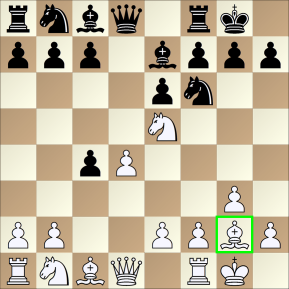 7... Nc6! Giving back the pawn to relieve the pressure on b7, and gain some active play for my pieces. 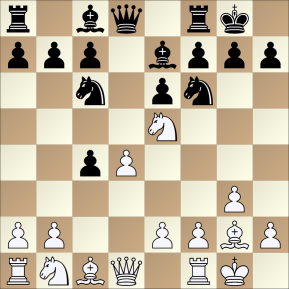 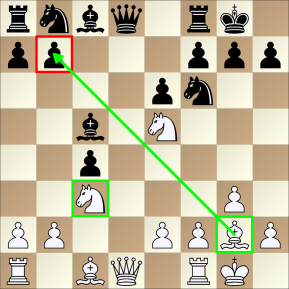 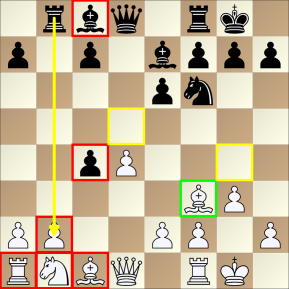 White moves back his bishop to a safe place where it still controls important squares. So how should Black proceed? Let's take stock of the current situation: for my weak pawns, I have pressure on the b-file and more developed pieces. Because I have a temporary advantage, I need to act quickly by creating threats or making the most of my advantages. 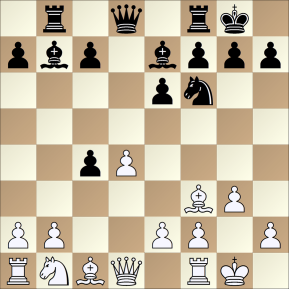 By exchanging my light squared B I rid myself of a bad piece for his important k-side defender.

10... c5 As much I'd like to create open lines, this isn't sufficient to put pressure on his position 11.dxc5 Bxc5 12.Qc2 and during the game I felt that I'm the one who had to be careful as Bf4 and pressure on my c4-pawn is coming soon. 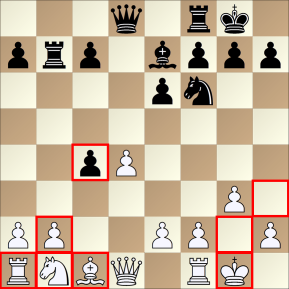 12.Nc3 quickly played. I wasn't sure if my opponent was still in his preparation but it seemed to me that he was going for the simple idea of developing and pressuring my c4-pawn. 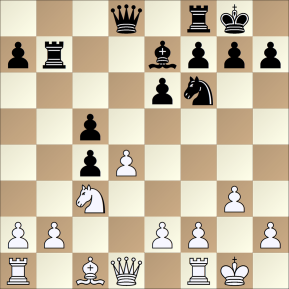 After assessing that the situation after the queen-exchange is favorable for me due to my active pieces and pressure on b2 , I knew this was the right time to break open the position

13.dxc5 Bxc5 14.Na4!? Questioning the intentions of my B and over-protecting his b2-pawn to liberate his bishop. 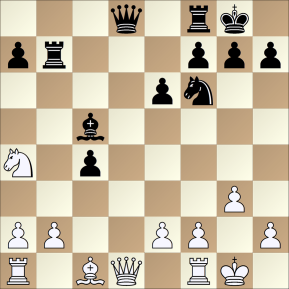 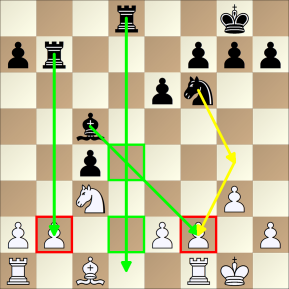 14... Bd4 Centralizing a piece is always helpful for one's position, unless it doesn't work tactically. 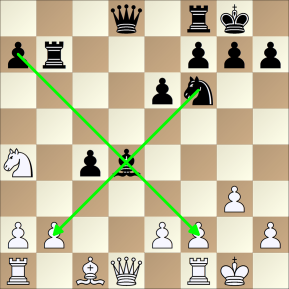 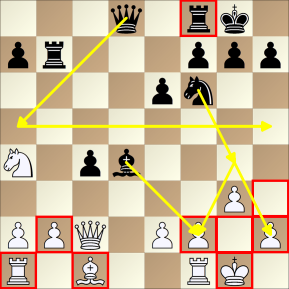 Critical moment. How should Black develop his initiative? After studying the position for roughly 15 min, I found way to attack my opponent's main weakness (k-side) and get my worst-place piece into the game (f8-rook).

15.e3 Be5 only worsens White's situation as it makes it difficult to develop his bishop. 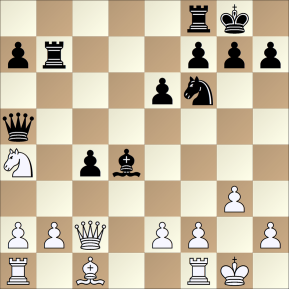 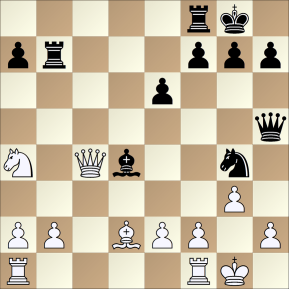 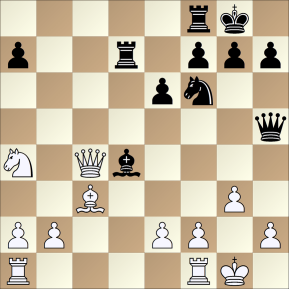 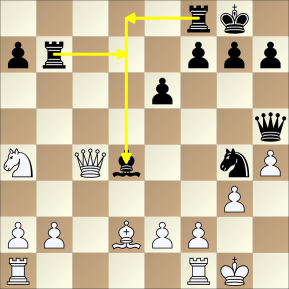 Which rook to use? 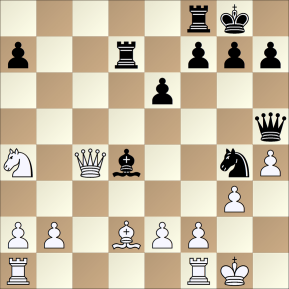 (18... Rd8? is bad because it will run into back rank problems after 19.Bg5! usually when the opponent makes counter-threats or improves a piece with tempo it's a sign that it's not the right way to go...) 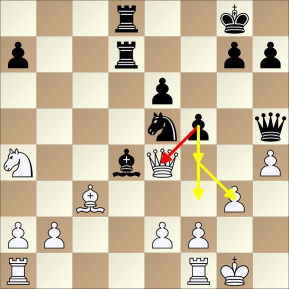 another soldier joins in with tempo, which gives me more attacking possibilities like f5-f4.

22.Qf4 giving back the pawn in hopes of relieving pressure, unfortunately there is no forcing or effective way for him to achieve it 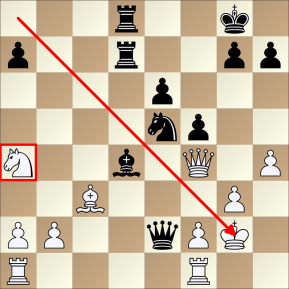 How can Black exploit White's weaknesses? 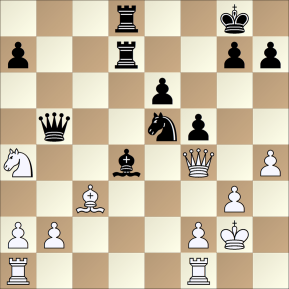 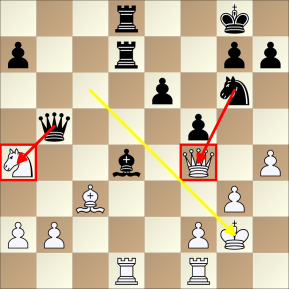 No mercy, only accuracy like I practiced in Chessity training puzzles! 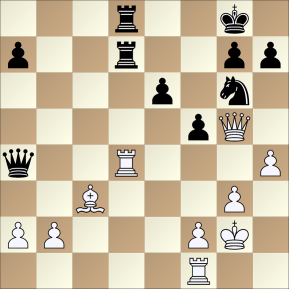 Still not giving up on creating counterplay which I gladly welcomed for which you will see in a bit : 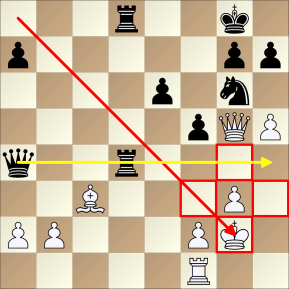 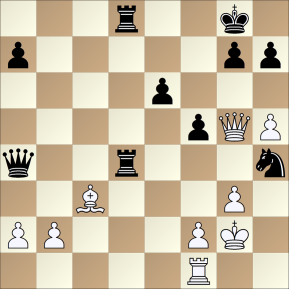 Ofcourse white doesn't really have any k-side attack and other safe knight retreats win, but it was aesthetically pleasing to spot this forcing counterblow. 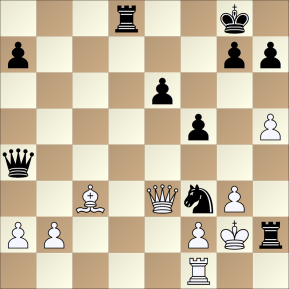 and White resigned due to the incoming mate on g4.

I was very happy with this game because I was able to use the board vision and tactical skills (e.g. Qe2-b5, Ne5-g6, Ng6-h4!) that I practiced at this website. Subsequently, I pulled off another win in the 4th round and a solid draw in the last, to finish solo first place. Here's the link to the final standings of the event: http:// cajunchess.com/tourns/pastTourns/pastTourn8. shtml.

Anyway, time to get back to training!

The only missing feature is the ability to rotate the board. I want to be able to watch this game as Black.

@toprace and logis. Indeed, everyone can make these blog with the chessity upload tool in the my blog section. As said chessbase is a great tool to make pgn files. We support also their insert diagram and arrows, etc.