Let's get a little bit more chess enthusiasm before the first round of the event! Soon we will review two important games from previous championships. Will you recognize them and know how to continue?

The top seed of the event, Ju Wenjun from China, drew white color for her first game of the first round. Therefore, the pairing in my previous blog is fully correct.

I think it is important to also touch this topic - the venue. Why was Iran given the right to host this championship? Let's try to briefly answer it. First of all, it seems like finding sponsorship is a constant problem when it comes to the Women's World Chess Championship. Originally, the event had been scheduled for October 2016. However, FIDE had to postpone it for this year since they had not found an organizer for the event. During the 2016 Chess Olympiad in September, Iran was the only federation that offered the event. Without an opponent, it is easy to win - and so Iran had.

Last year, after FIDE announced that the city of Tehran in Iran was chosen as the venue for the Women's World Championship 2017, controversy promptly sparked. Several players were concerned with Iran's dress code and behavior policies for women as well as security travel warnings from some countries. Particularly, the mandatory use of headscarf for women. This year's tournament has been marked by this controversy and the absence of some of the most recognized absent players Koneru Humpy, Mariya Muzychuk, and Irina Krush. Also by Nazi Paikidze who has gotten special media attention for being very vocal in social media on her choice not to play the tournament. On the other side of this story, we have ex-world champion Susan Polgar, who encouraged the qualified players to respect and embrace Iran's cultural differences and to play the tournament. She has also stated that some of the Iranian girls are looking forward to the opportunity of having such a big event hosted in their country.

And the positive reasons to give the event to Iran? The Iran Chess Federation is one of the most active chess federation in the world and their players are getting more notices. Especially within the female field where they have two young IMs and other young WGMs. Their chess culture is also vast, there are over 100 chess tournaments a day, and chess is rapidly growing. The Islamic State of Iran is interested in supporting female athletes throughout many sports.

Let's get back to chess:

The following game Hou Yifan vs Monika Socko happened during the 2012 FIDE Knock-out World Women’s Championship. It was the second round and the score was 2-1 in favor of Socko. Hou Yifan needed to win the game to keep fighting for the match. Playing for a forced result might change the decisions a player takes. For example, a player might make a worse move to avoid a forced draw, or they may be more biased against exchanging major pieces even when it is a good move. In this situation, it is also common for players to change their opening repertoire to avoid a line that leads to a draw. Let’s take a look:

The closed , unusual move for Yifan who usually plays 2.Nf3 and gets into the main lines. Probably she was trying to avoid any double-edged lines and was looking for less risky positions where she could still fight for an advantage. 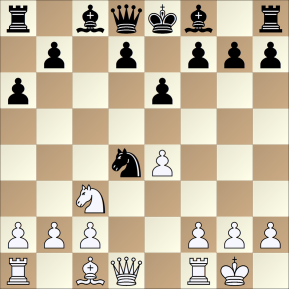 is not a good idea, after 9.Qxd4 Qc7 10.Be3 Black has problems to develop its black-squared bishop)

White is waiting for Black to take in d4.

Black wants to develop her bishop so she wants to get rid of the pressure on g7. Since Black is happy with a draw, she doesn't have any problem trading queens.

White doesn't want to trade or at least needs to wait to trade them in better conditions. 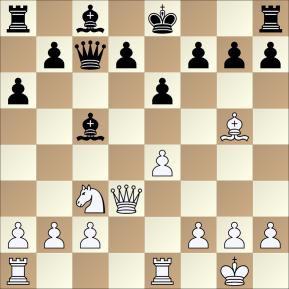 The bishop on h4 is not useful anymore so it's a good idea to exchange it. 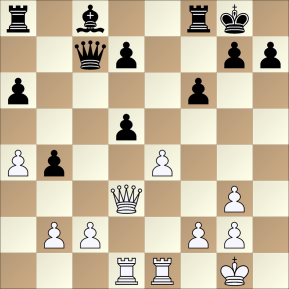 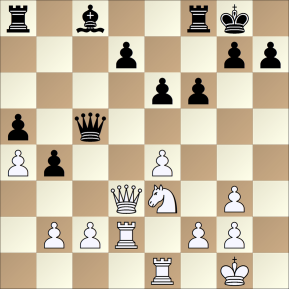 White is delaying the queen exchange, this is something that has to be done since White can't use her queen to get any advantage. It's best to exchange queens now that Black hasn't been able to develop bishop and the d7 pawn is a potential weakness.

White realizes that the queen exchange needs to be done, but it is too late to get anything good out of it since Black has had enough time to organize her pieces. 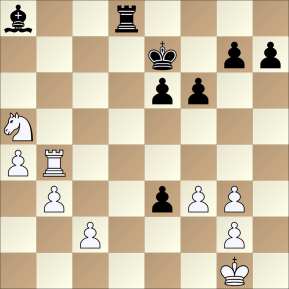 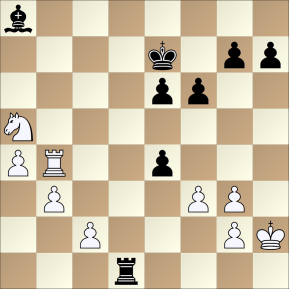 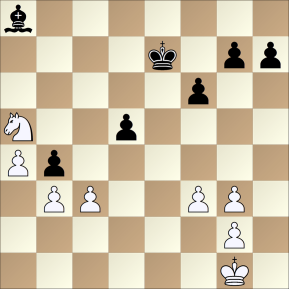 This move loses the game. It's common for players to blunder after their winning chances have been exterminated.

Hou Yifan was a much stronger player than Monika Socko, this game is example of how the pressure of a certain result can have an important impact on the player's moves.

The next game is from the previous Knock-out FIDE Women’s World Championship in 2015 which was won by Mariya Muzychuk.

Up to this everything has been . However, Black seems to have a much better opening outcome as she has managed to equalize and has better possibilities on the queenside.

White needs to find some activity on the kingside before it's too late. 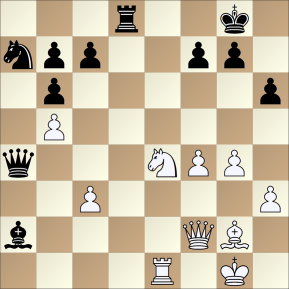 This move 's a little too slow. Black has already culminated her attack on the queenside by capturing the a2-pawn. Now it's time to start thinking about defending the kingside. Going for a second pawn is too ambitious. 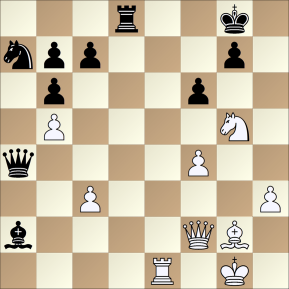 An unexpected combination that wins the game. anyone could miss this strong combination, Black should have felt something could be off with this move since almost all her pieces were the border of the board.

Overall there is a great history behind the Women’s World Chess Championship. all the rare media attention this year’s tournament has gotten can be redirected to promote women’s chess. Let’s hope that in the future, sponsors and FIDE will come together to give women’s chess the priority and support it deserves. For now, we will have to wait and see who takes home the biggest prize: the title of Women’s World Chess Champion.