In the last round of the classical event, we saw a long fighting game between Caruana and Aronian.

Winning the last round is never easy especially when one is playing the 2nd-highest-rated player in the world. But to win games, it helps to focus on playing our best regardless who we are playing. The only difference in playing against someone stronger is that he/she will fight back more and put up tougher resistance than many others would. After a thorough study of this game, I have discovered qualites characterizing Fabiano's play (and I'm sure in other top GMs as well) that helped him play well and win against a stronger player.

the Marshall attack variation of the Ruy Lopez, which usually leads to a struggle between White's material and Black's initiative.

so far we're still following theory which has been tested many times in master games.

16.Be3!? a rare move that's only been played twice in the top level.

More common is 16.Bxd5 which leads to the "main line" in which Black is doing well according recent practice. Caruana is steering the game into a lesser known path for Aronian to make him feel uncomfortable. 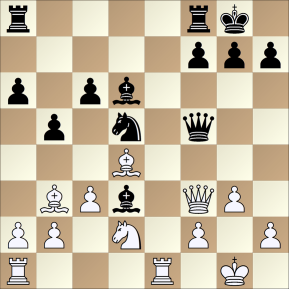 This is Caruana's novelty. 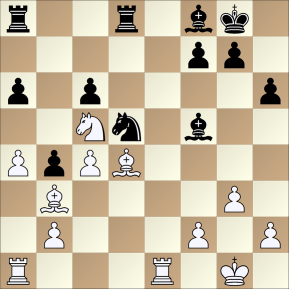 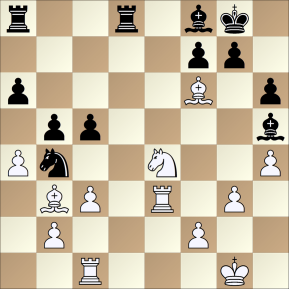 What is the best way for Black to react here?

28... bxa4! a counter-attacking idea once again allows Black to keep the initiative! 29.Bxa4 ( 29.Ba2 Rb8! and again! But this time Black is almost winning due the threat on White's weak b2-pawn.)29... Nc4 30.Bxc5 Nxb2 the game will probably lead to a draw but it is White who has to be careful and work for the draw due to his lack of piece coordination and weak k-side squares.)

So you may ask "What difference does playing Bd4 right away make?" Let's find out if Black goes into an ending again:18... Qxf3 19.Nxf3 now Black has to be careful already as playing by analogy to Aronian's previous game doesn't work: 19... Rfd8? (19... Rfe8 was the only way to obtain some chances of equality as it prevents White's idea 20.Rad1 Be2) 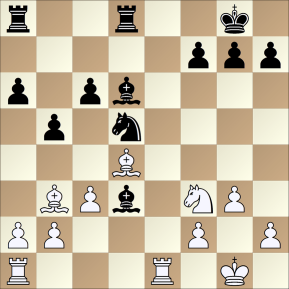 Here is the difference:

19.a4 h6 20.Kg2 still refusing to trade queens, keeping the tension and putting pressure on his opponent. 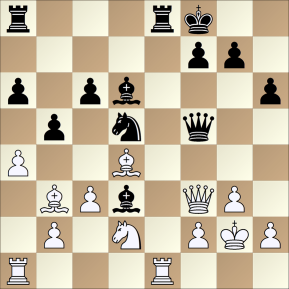 preparing himself for the ensuing ending by bringing the king closer to the center. 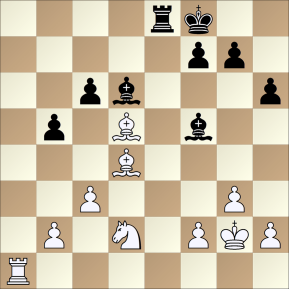 White decides to change the nature of the game based either on a good intuition or concrete analysis. Regardless, the arising situation will be unpleasant for Black as which he will face long-term pressure on the queenside and face tough choices regarding piece placement and exhanges.

( If 24.Ra6 which is a natural follow-up, Caruana may have felt that Black may have enough defensive resources especially because Black's king is now slightly closer to the q-side. Let's concretely analyse:24... Ne7 25.Ra7 ( 25.f3 Bc8 26.Ra7 f5! preventing the unpleasant Ne4 allows Black to hold, keeping White from increasing pressure. This move will not be available had the black king been on g8.)25... c5 26.Be3 Rd8)

Now White starts to harass Black's pieces to force them into passive positions.

Black chooses to stay passive but solid. I remember reading somewhere in my junior years that it's better to have both bishops on the board when trying to cover weak squares. However, we cannot always play by principle; decisions are best made with concrete analysis.

(25... Be5! was the way to fight for equality, but it's a difficult decision to make otb over the board as Black has to correctly assess the B vs N with weak pawns which seems almost always more comfortable to play for White. 26.Bxe5 Rxe5 but if we actually study the conrete ideas in this position, Black can achieve & maintain equilibrium due to the possibility to invade on e2 and even make White's king feel insecure 27.Kf3 ( 27.Nb3 Re2 28.Nd4 Be4+)27... Bc2! preventing Nb3 and threatening Bd1 next move!)

26.Nf1 playing 26.Rb6! first may be better because it forces another Black piece to be passive defend the b5-pawn 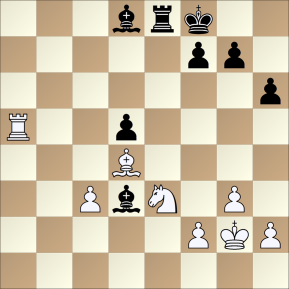 Trying to hold on to the pawn, but at the expense of the worsening position of his pieces

30.Ra8 putting pressure on the pieces along the 8th rank 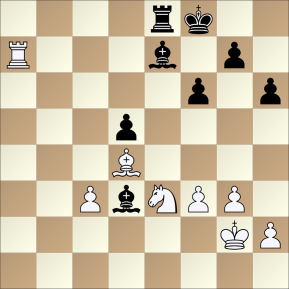 Keeping an attacking piece on the board and placing it on the 7th rank ensure that Black will be in for a long suffering. 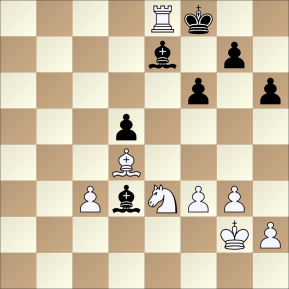 exchanging rooks will greatly diminish White's winning chances because it basically rids White of an active pieces and Black a passive piece.32... Kxe8 33.Nxd5 Bd6 Black's B pair will be difficult to contain in this open board.) 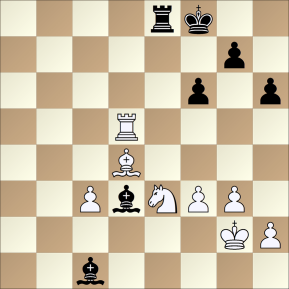 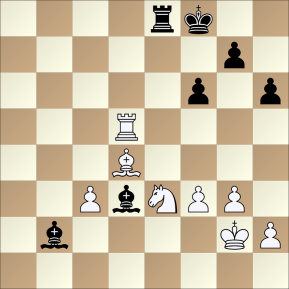 35... Bc1 36.Ng4 avoiding the exchange of knight for a bishop as this may increase Black's drawing chances in an opposite-colored bishop ending. 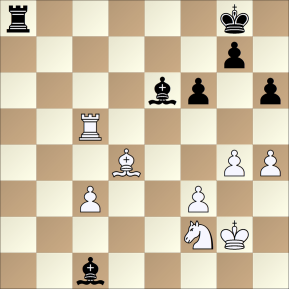 gaining more space on the k-side and hoping to create another weakness there later (Principle of Two Weaknesses).

39... Ra2 40.Kg3 another benefit of the previous move is that the king can easily get out of the pin along the 2nd file.

40... Ra6 seems like the best Black can do is wait and protect his pieces 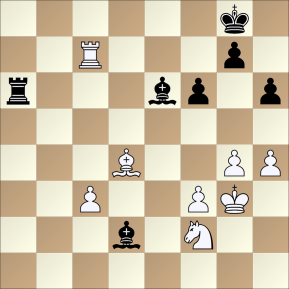 allowing White to improve the knight with tempo. This goes to show how unpleasant and difficult it is to defend Black's position...

46.Kf4 once again, patiently improving the position and preventing and counterplay related to f6-f5 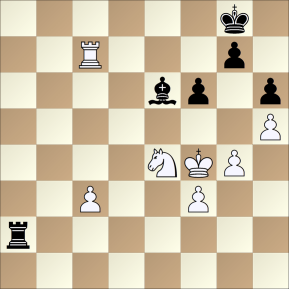 Creating another weakness (advantage for White) in the enemy camp--g7, and even mating net possiblities when the knight gets to g6. 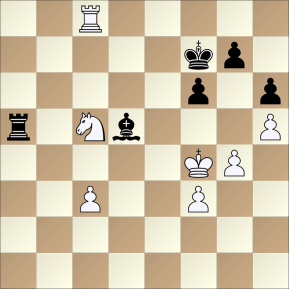 A well- deserved win for Fabiano Caruana! His good opening preparation, combined with persistent pressure on his opponent's position and patience to increase his advantage was a masterful display of how to undermine the strength and overcome the resistance of a stronger player.