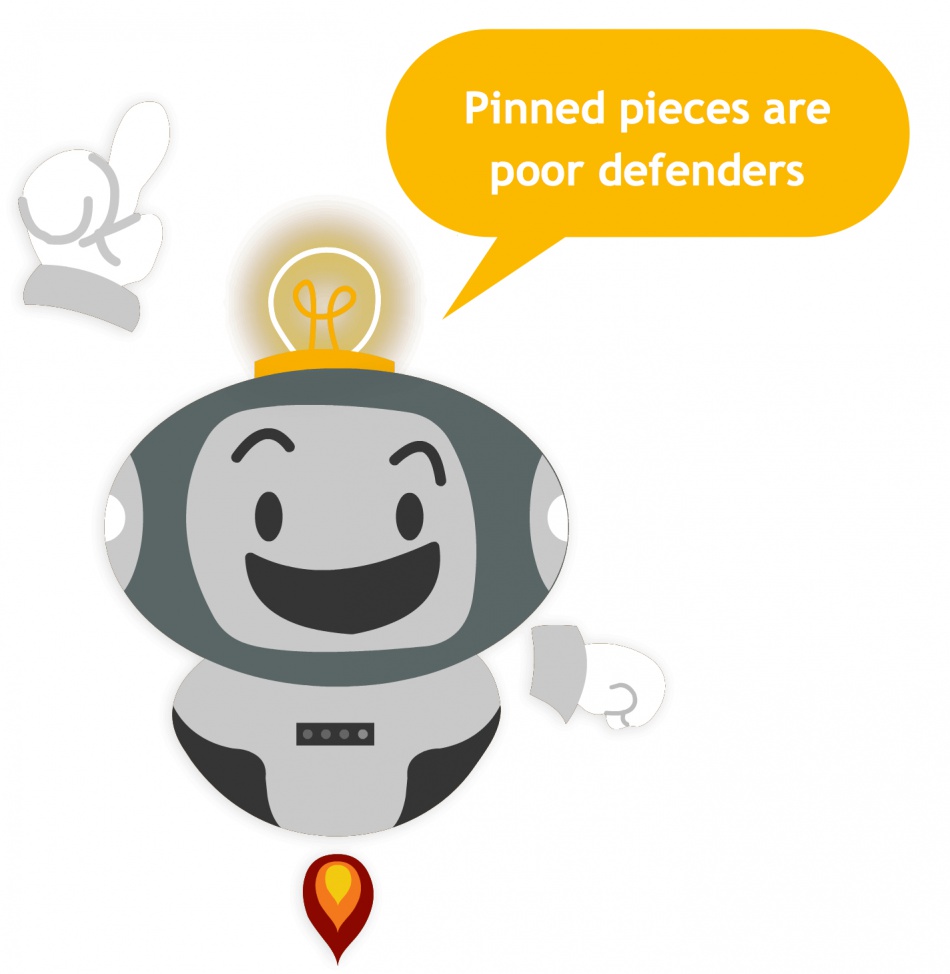 You already know: a pinned piece is a worthless defender. And you're going to make clever use of that in this lesson. This time with a double attack.

Take a look at the examples to see how this works.

In the first example, White creates a double attack from a square that is defended by the pinnend piece (the pinned piece cannot defend else the king would be in check).

In the second example, White attacks a loose piece plus a mating square that is defended by a pinned piece.

Win material by exploiting a pin with a double attack.