It has been slightly over a month since the top female chess players fought for the 2016 Women’s World Champion crown in the Ukrainian city of Lvov. The championship match was supposed to consist of 10 games, but only 9 games were needed to determine a champion. Who was it?

The correct asnwer is... GM Hou Yifan! She is the 2016 Women's World Champion.

Don't forget that both young ladies are still in their early twenties. It's incredible to see how fast one can learn to understand chess and become an elite player. Overall, the match was very interesting and each game was hard fought. I recommend you to review their games via the official website or:  http://www.chessbomb.com/arena/2016-wwcc

Let's get to our business now:

Have you ever thought that you're comparably strong to these girls? Or maybe even better than them? Well, here I give you the chance to compare your skills to the 2016 Women's World Champion GM Hou Yifan. Just a small reality check :). Below are 4 positions from the exact games of the championship match and your goal is to find the best continuation - the one that Hou Yifan playes. How many positions can you play like her? 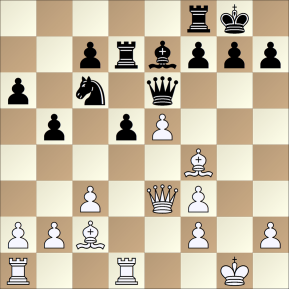 Mariya played 17...Rd7 in her last move, most likely aiming to double her rooks or free up d8-squre for some kind of knight transfers. How would you react to it? What do you think Yifan should play here? Pick a move (and hopefully a plan too). 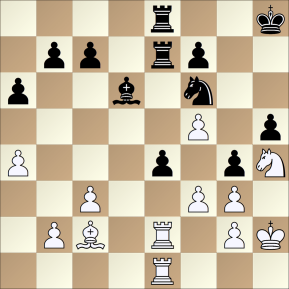 In this rather defensive position, Mariya's last move was 32.Bc2. Imagine you're playing a world championship match, what would you do? Feel free to take your time. 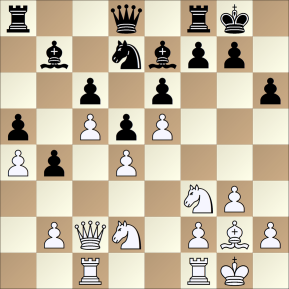 The center was closed with Mariya's last move 14.c5. White has clear space advantage now and black pieces seems somwhat paralyzed. White's next direction? Attack on the kingside. Well, you're Black and its your move. What to do? What could Yifan play? 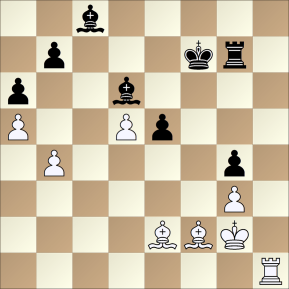 In their last moves, grandmasters exchanged rooks on the c-file. White has an apparent advantage here as her pieces are better placed. However, pawn on b4 is also hanging. What would you play?

So, how do you think you did? Were you able to find the precise continuation? Let's see.

Don't forget to check all the 4 answers by clicking on each of the 4 dots in the right upper corner of this game viewer. If you feel like to came up with a better move, feel free to share it in the comment section! :) 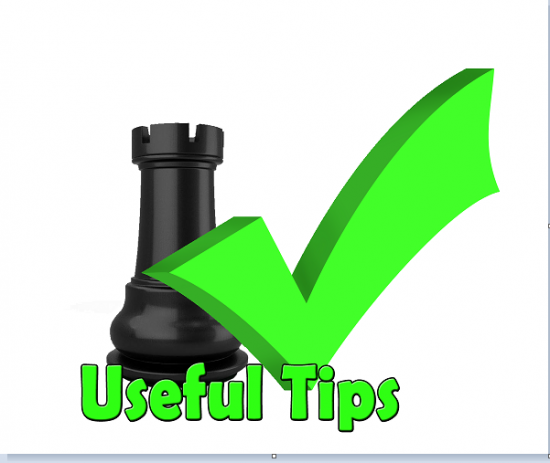 1. Analyze games of the top female players! There is so much to learn from their excellent understanding of their positions and their chosen plans.

2. Show pictures of the best female players, youtube videos, tell stories about their begginings. When children are more familiar with the players, the become more engaged with the game and more interested.

3. Motivate girls to join your club and play chess! After they do, give them a little extra care to secure they keep on playing. We need them! :)

panacea 09:39 - 13 Apr 2016
Hi Prague Queen. Thanks for your blog. To get more girls to play chess is a good goal. I would change the order of your tips. We need to reel them in at an early age. Getting primary school girls to play chess, and keep them playing chess. Giving them extra care and training is an excellent idea. Present role models by telling stories, showing pictures and video's will work as well. Analysing games of top players? By the time they are interested in this you already got them. I would be very interested in a collection of motivational pictures, video's and stories of female players. Could you share some links with us?

Katerina 07:18 - 4 May 2016
Thanks to all for your comments! I am sorry to respond very late; I just recently finished the 2016 U.S. Women's Championship a took a short break from chess. Now I am back :)
2panacea: I agree that the tips can be switched around. However, I feel there is an existing bias that girls cannot equally compete with boys and I think making boys see that girls can play excellent chess can turn things around. These young players may actually motivate their school friends and sisters to join chess club and learn.
I will try to look and see whether there are some links to motivational pictures and collection about female players. So far I am not aware of them. There is an existing great book by Jennifer Shahade "Play Like a Girl" which I highly recommend! It contains bios and tactics by top 9 queens of the chess world.

Katerina 21:47 - 1 Jul 2016
Thank you DouweK. Follow my other posts and let me know you think about the topic and what else would you like to read about.

DouweK 16:45 - 20 Oct 2017
I have publiced the translated blog. Read it pls :)
https://www.chessity.com/nl/blog/1513/Kan_je_spelen_als_de_wereldkampioen_van_vrouwen_vertaalde_blog_met_toestemming_