What can I do in the Arena (gaming)?

The Arena (to be found in the Gaming section) is the place for gaming. You can invite other players to play against you by clicking on their username. Then you click on the game you want to play. If the other person also wants to play that game and clicks on it, the game is begins. If the other person clicks on another game, the two of you need to ‘negotiate’ until you reach an agreement. 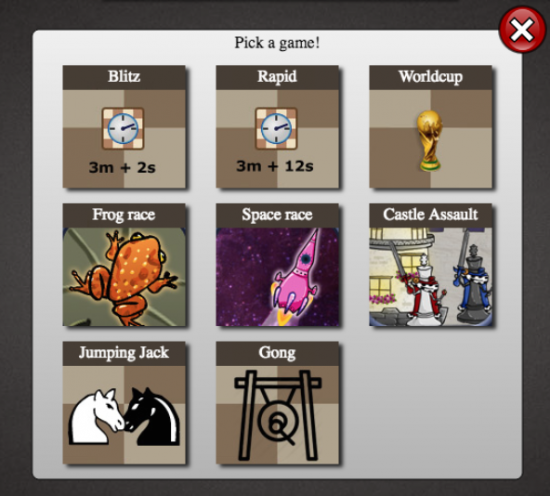 The games in the Arena are a mixture of regular chess games, learning games and tactics training games.

If there are no other players in the arena, or you don’t want to play against the players who are there, you can also play against one of the robots that are positioned at the bottom of the screen. Robots adapt to the player’s level during the game.

Was this answer helpful?