Gibraltar Chess Festival 2014: A Creative Game from a World-Class Player

The recent 2014 Gibraltar Open Event was won by Ivan Cheparinov on tiebreak matches, but there were a number of players who played exceptionally well in this event. One of them is the world-class Ukrainian top-player Vassily Ivanchuk a.k.a. "Chucky" who had the highest performance rating of 2837! Here is a game that exhibits not only his first-class level but also the creativity he's well-known for.

11... Nc6 More common here is 11... b6 12.Bd3 Bb7 13.O-O after which Black can choose between Nc6 or Nd7. Both lead to a slightly better middlegame for White for his better central control but Black is solid and can gain counterplay on the q-side and even on the d-file.) 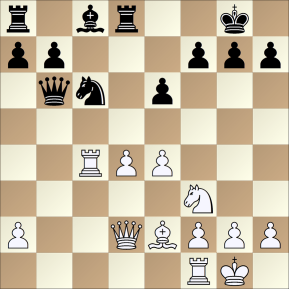 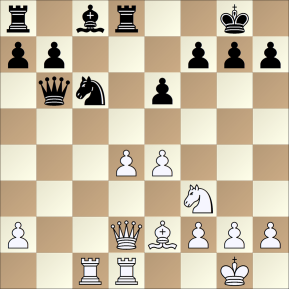 Chessity-trained players can spot Black's counter-idea 14... Nxd4! 15.Nxd4 e5 and Black has simplified the situation by force in his favor, for one he has more space for his pieces compared to when the pawn was still on e6. Always considering enemy plans & ideas is a mark of a strong player.

14... Bd7 this is the only way to catch up with development 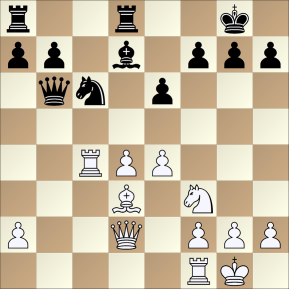 Chucky's creativity enables him to find good moves that defy principles and common ideas. Bd3 is a little odd as it moves the bishop twice from e2 to d3, but the reason is that on d3 it eyes the h7-pawn and allows his rook to have another square on b1!

16.Qb2 the side with more space and intends to launch an attack should keep as many pieces on the board as possible 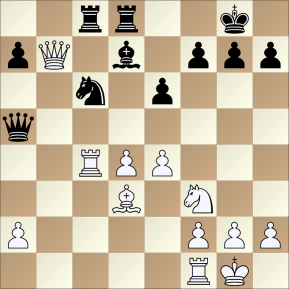 18.Bf1! a decision made for a concrete reason 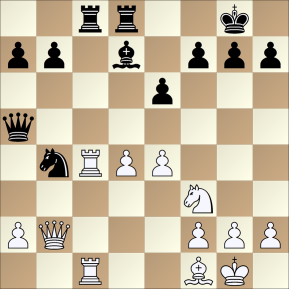 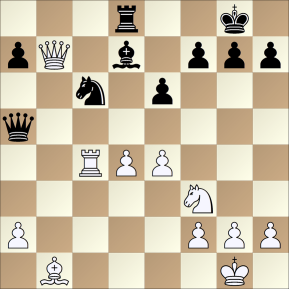 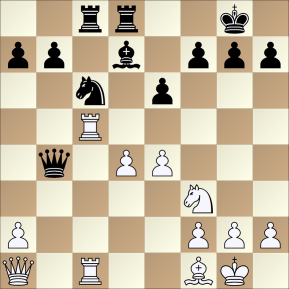 Another creative, out-of-this-world move! Corner-moves are usually ugly at first sight, but when we see the idea behind it they can be awe-inspiring. This move refuses the enemy queen's offer and puts her in an awkward spot with the incoming threat of Rb1.

Another way to obtain an advantage is going into a technical endgame with 20.Qxb4 Nxb4 21.Rb1 Rxc5 22.dxc5 Na6 ( Nxa2 23.Rxb7) 23.Rxb7 Nxc5 24.Rxa7 Nxe4 25.a4 and the passed pawn gives White better chances, but Chucky decides to keep pieces on the board because he felt that White deserves more out of the current situation.

20... Na5 defending b7 and attempting to exchange off White's active pieces

21.a3 Qb6 22.Rb1 Nb3 the tension builds up as more contact among the pieces occurs 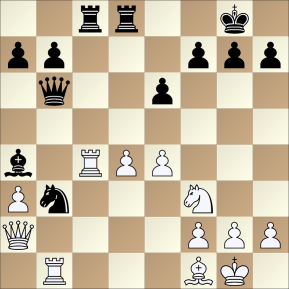 the 3rd resourceful move from Chucky. Retreat moves are difficult for our minds to detect especially in a complex situation like this. What may have helped him find it is understanding that it's the a4-bishop that holds things together but it is also vulnerable. So if he could only use its counterpart (f1-bishop) the knight will fall. 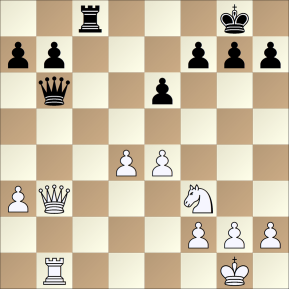 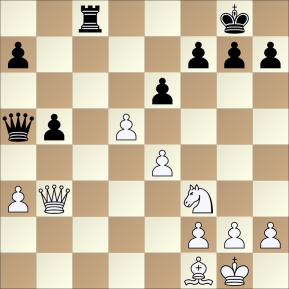 As the principle goes, "Passed pawns must be pushed."

32.d6 Re8 this is Black's idea with Kf8, pushing the White queen away from the e-file 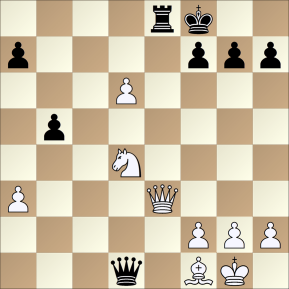 Can you overcome the enemy resistance? 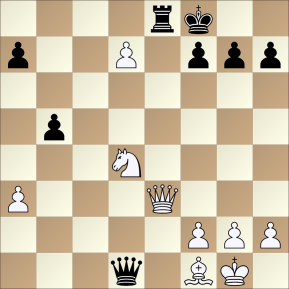 34.Qe5 bringing the pieces closer to the enemy king is always helpful when attacking. White threatens Qd6 or Qc7. 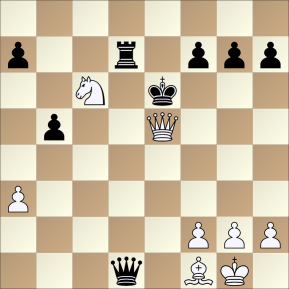 A superb game from a world-class player who displayed creativity in making unpleasant threats and paid careful attention to his opponent's resources allowing him to increase his advantage, and in the end crown it with a beautiful mate.